Halfbrick is continuing with the Zombie Month updates for their dual-stick shooter Age of Zombies ($0.99), as another significant update is now available for the game. The month of updates began a few weeks back when Age of Zombies was updated with co-op multiplayer, and this latest update completely revamps the game’s Survival Mode into a wave-based affair complete with boss fights called Horde Mode. In addition, there are four new sentry guns to use in Horde Mode so you can strategically set up some stationary offense to help you mow down waves of enemies. 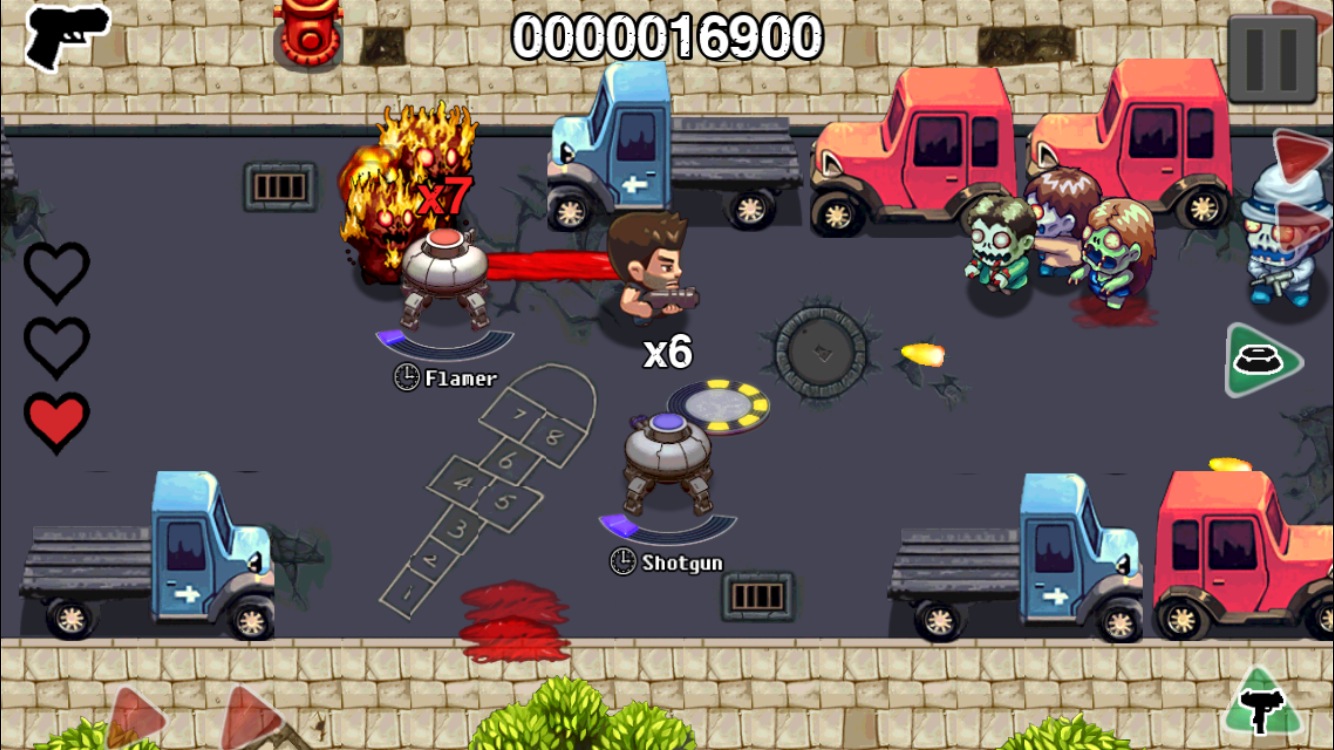 Age of Zombies has seen a major resurgence in 2014, starting with an update out of the blue back in June that added MFi controller support and a new rideable zombie t-rex. Prior to that, the game hadn’t seen a significant update since July of 2013, and before that not since late 2010. Following the controller update, zombie versions of George Washington and Abraham Lincoln found their way into the game via the President Evil update.

Age of Zombies is a classic, and I love to see it getting so much love lately. It looks like there’s still a couple of Zombie Month surprises left too, so don’t be surprised if you’re hearing more about Age of Zombies in the coming days.