At this point, some 30 or so RPGs in, I really have to wonder how many people are actually playing all the games Kemco’s putting out there. As regular readers know, I really love RPGs, and even I’m starting to feel like we’re reaching some kind saturation point with this company. Nevertheless, we must put one foot in front of the other, because the games do at least improve over time, and you never know when something worth getting excited about will come along. Soul Of Deva ($4.99) is not quite that game, but like many other recent Kemco efforts, I feel like we’re getting very close. Given that I can make decent claim to having written more words about Kemco mobile RPGs than just about anyone on Earth, a tragic title if ever there was one, I tend to build expectations about their releases before I even start them up. Typically, I base this on the specific developer, and it rarely fails. 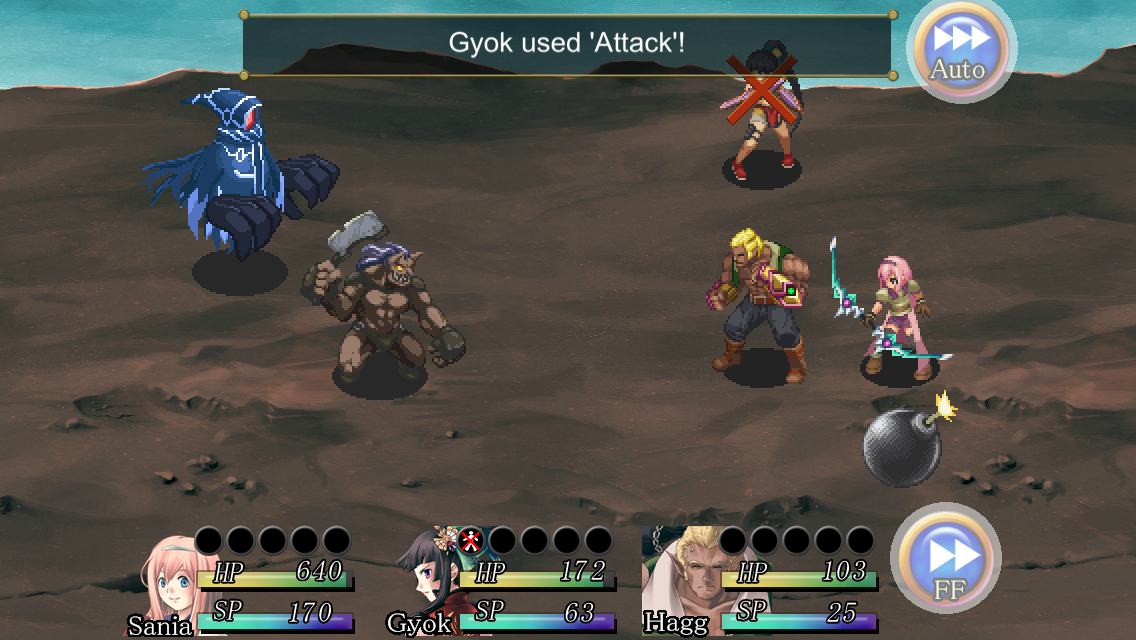 Well, consider me surprised on this one, and in a pleasant way. I’ve always said that of all the developers Kemco uses, the two with the most potential are EXE Create and Hit-Point. The former produces very solid efforts with enjoyable characters, and has been pushing into 3D graphics with recent titles like Illusion Of L’Phalcia ($8.99). The latter has demonstrated a consistent knack for creating fun character building systems, and has recently been playing around with all sorts of unusual concepts like Rusted Emeth ($7.99)’s golem combat. Soul Of Deva is their latest work, and rather than join their stablemate in the world of 3D, they’ve decided instead to make their 2D art look better than ever. This game is surprisingly kind of beautiful, especially in the battles. It’s an unusual turn for a developer who in the past hasn’t really paid much mind to sprucing up the visuals, but I have to say that it’s a very nice change.

I’m also pretty impressed with the battle system. It’s the usual turn-based type at its heart, but there’s an interesting twist. Your party members, and the enemy party, are placed on separate grids with eight squares each. Each character can choose to move on their turn before attacking. If you do so, you’ll take a hit to your accuracy, but enemies will have a harder time hitting you on that turn. It’s a very creative way to make use of the excess space that is all too familiar in RPG combat, and it lends the battles a sense of motion that is generally missing in this genre. They even build on the concept a bit, allowing you and your enemies to place special pieces on each other’s grids, such as bombs or blocks, that can hinder your movement or even damage you if you’re standing too close. It’s a nice way to encourage you to make use of the movement system’s ins and outs. Your battle party can have up to three members in it, with your whole group eventually consisting of five members, and anyone who doesn’t participate in battle will receive no experience points, so keep that in mind, since there are a few points where party members will temporarily leave. 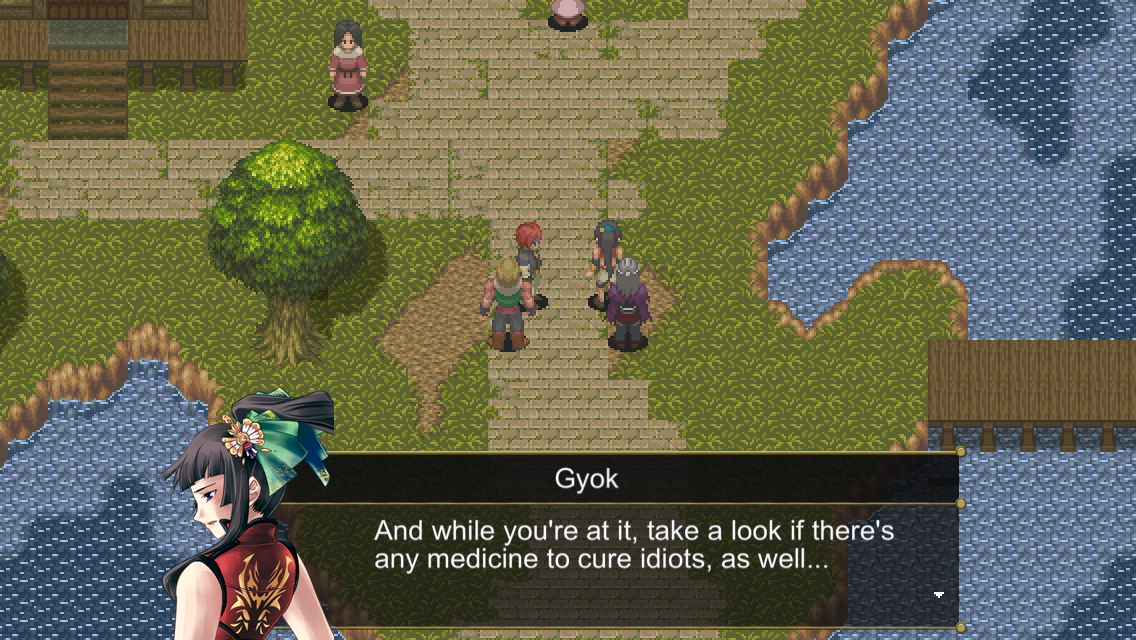 The character development system is pretty flexible, allowing you to customize your characters to a reasonable extent. The key to it is the weapon each character carries, called a Soul Arm. Your characters will learn certain inherent skills as they level up, but you can add to those skills by equipping special orbs to a character’s Soul Arm. Initially, you can only equip one, but you’ll unlock the ability to equip up to four. You can also customize each Soul Arm’s parameters using Soul Points earned in battle, tweaking things like critical hit chance or magical damage. These points need to be pooled between your characters, and the more you upgrade a character in one stat, the more points it costs. You have to make decisions about whether you want to focus on a core team or spread the love around.

Between the excellent new visual style and the unique gameplay mechanics, Soul Of Deva ends up feeling fresher than most of Kemco’s fare. It’s not completely free of the things that tend to haunt their monthly releases, however. The story comes in hard and fast with the well-worn “fantasy racism" trope, making it the crux around which the entire plot revolves while, perhaps expectedly, failing to add anything new to the idea or even going past the surface even in familiar ways. The main characters are also pretty standard fare, with hero Shin filling the “jerk with a heart of gold" role, heroine Sania slotting nicely into the “magical girl with a mysterious origin" type, for example. Their interactions are also a little tiresome in how rote they are, and an overly-literal translation doesn’t do the script any favors with its awkward phrasing and dryness. I appreciate that we’re not getting out-and-out bad translations from Kemco anymore, but it would be nice if the somewhat excessive text dumps were actually interesting to read. That’s something EXE Create’s translator excels at, and I wish they would tap that person to handle other Kemco releases. 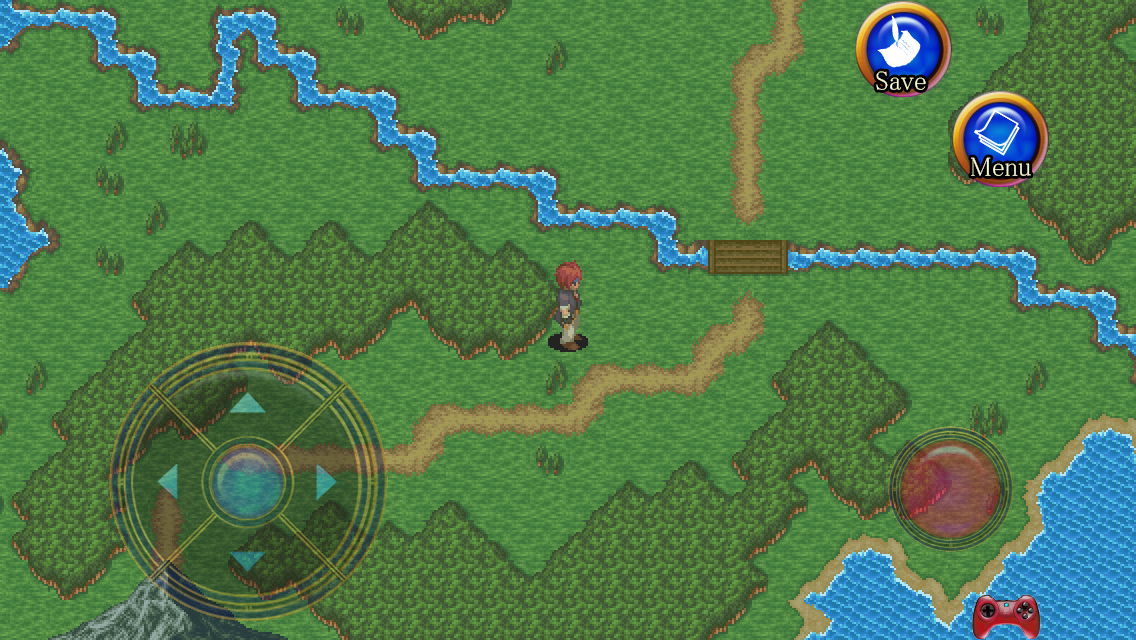 Like other Kemco RPGs, Soul Of Deva includes IAPs in the form of points you can buy to exchange for cheat items. I actually like how it’s handled in this game. You can get some points simply by playing the game, and every 30 minutes, you can play a mini-game where you can win more points or even some of the cheat items directly. None of this content is story or character-related, and it doesn’t take many cheat items to completely break the game over your knee, so the IAP feels even more unnecessary than usual. The rest of the options and play mechanics follow the usual pattern, for better or worse. Shops don’t tell you if equipment is an improvement over what your character is using, so you constantly have to dig into your menu, make note of the numbers, and talk to the shopkeeper, probably doing so several times on each shopping trip to get everyone equipped. The menus are a bit of a mess at times, and it’s not initially clear where you need to go to do certain things like equipping new gear. Controls use both a touch and virtual button-style interface, and you can switch between the two at your leisure. These are all things you are likely used to if you’ve played Hit-Point’s other recent adventures.

Unfortunately, the audio doesn’t match up to the surprising graphical overhaul. Once again, we only get about four or five different pieces of music for the entire game. At the very least, the style is pretty unusual for a fantasy RPG, with the boss music’s electric guitar rock-out being a particular highlight. There are no voices this time around, which is just as well given the middling performances turned in on Kemco’s other games. It feels like there might have been voices planned at one point, though, because clearing text boxes takes way longer than it should. It’s kind of irritating when you just want to get through all the clunky dialogue and get back to the adventuring. 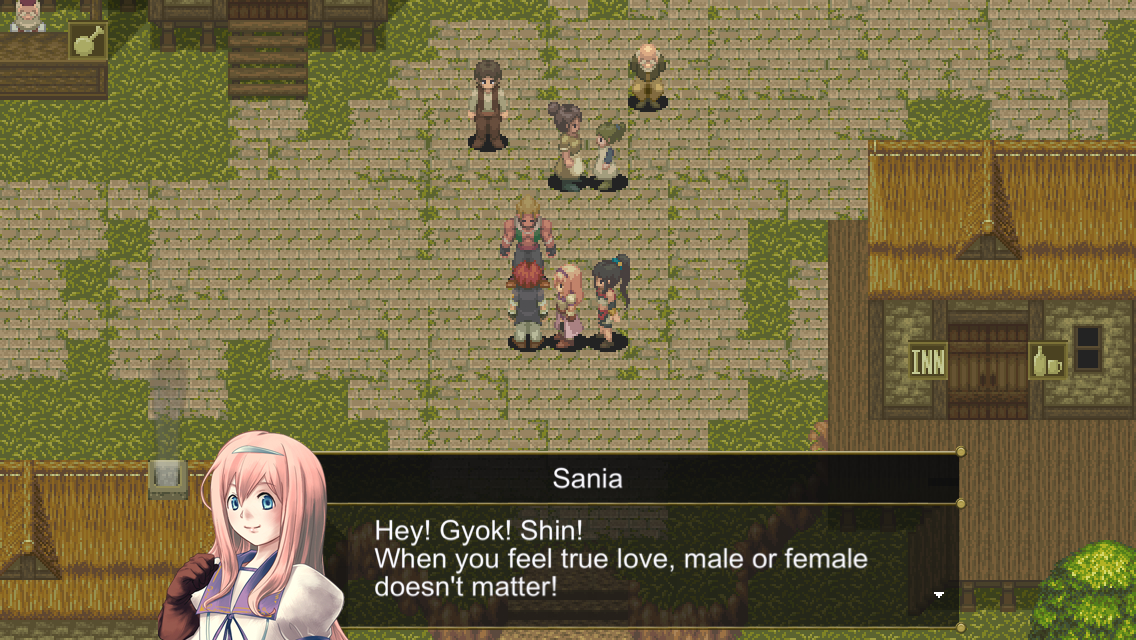 That all said, if the worst things I can complain about are a somewhat clumsy interface and a generic story, we’re clearly seeing some real progress in this publisher’s output. I could nitpick at other things like the game’s odd difficulty balancing or the lack of interesting puzzles in dungeons. Instead, I’m just going to say that Soul Of Deva demonstrates a surprising amount of effort and change for a publisher that has been nearly synonymous with the opposite. If you’re in these things for the stories, you won’t be all that impressed. If you’re just looking for a good time with a JRPG that mixes things up a little without venturing too far off the beaten path, you might want to give this one a try, especially at an introductory or sale price.