Halfbrick Studios’ Age of Zombies ($0.99) is a preeetttyyy old game by iOS standards, launching way back in October of 2010, but it’s actually even older than that as it was originally a PlayStation Mini title released earlier that year in February. Mobile games don’t tend to have a long lifespan, so it was kind of incredible that Halfbrick up and decided to update Age of Zombies earlier this month with actual new content in the form of a rideable zombie T-Rex and MFi controller support. Not bad for a 4+ year old game. Well, Halfbrick apparently wasn’t done, because there’s yet another Age of Zombies update that popped up today, which adds even more new content than the last update did.

Today’s update includes a brand new chapter in the game’s campaign that sees you channeling the power of Abraham Lincoln and going after a zombie George Washington. Yes, the evil Professor Brains has manipulated time once again and zombified our nation’s first president. Given the inclusion of both Lincoln and Washington this update is appropriately dubbed: PRESIDENT EVIL. I never tire of Halfbrick’s puns. 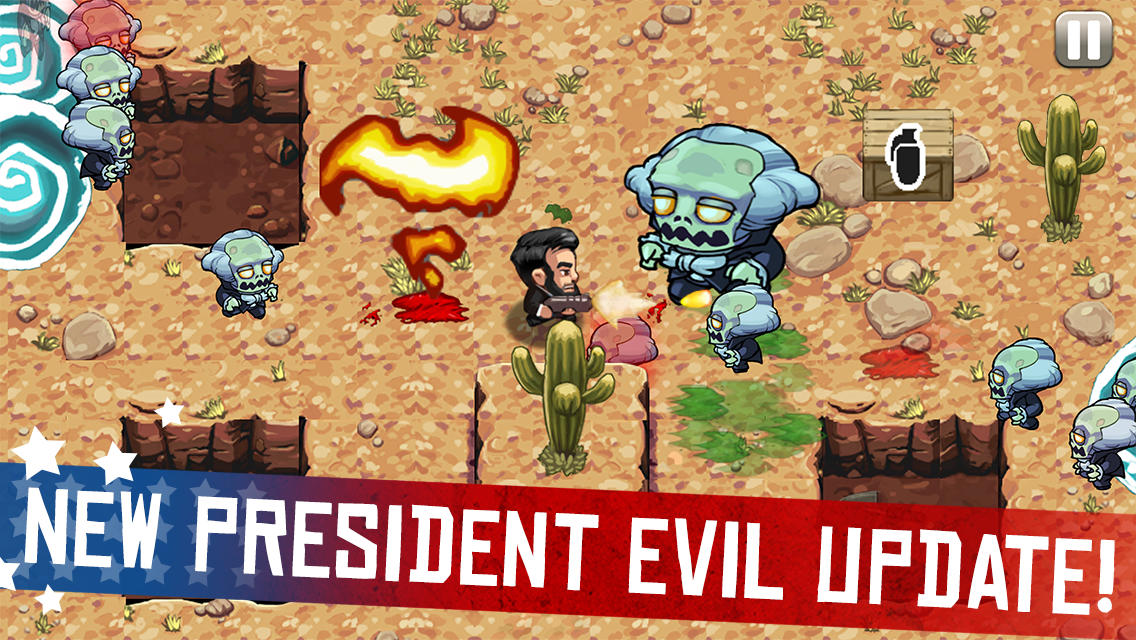 This update also includes three new America-themed survival stages. I really can’t stress enough how awesome it is that such an old game is still getting some love, especially since Age of Zombies has been among my all-time favorites ever since it originally showed up on iPhone. The update from earlier this month along with Halfbrick’s recent freebie promotion seems to have given new life to Age of Zombies, so it’s possible we still haven’t seen the end of the adventures of Barry Steakfries.