If you’ve been paying attention to our forums, you may have seen developer XperimentalZ, creators of Don’t Run With a Plasma Sword (Free) and Platforms Unlimited (Free), posting about Pixel Boat Rush, their upcoming game. As well, some members of the forums have helped out with beta testing, and after the game’s development, it’s finally ready to be unleashed on to the public next Thursday, October 9th.

Pixel Boat Rush is a 2D combat boat racing game, with two controls: accelerator and fire weapon. Because this involves racing on the water, it’s not just about gunning the accelerator constantly, as keeping the boat on the water is key to maintaining speed. There’s also powerups and coins to be collected in midair, so knowing when to jump and when to not is important. Plus, there’s the weaponry that each boat has. Slowing down to take out an opponent with a powerful shot might be the difference between winning and losing. 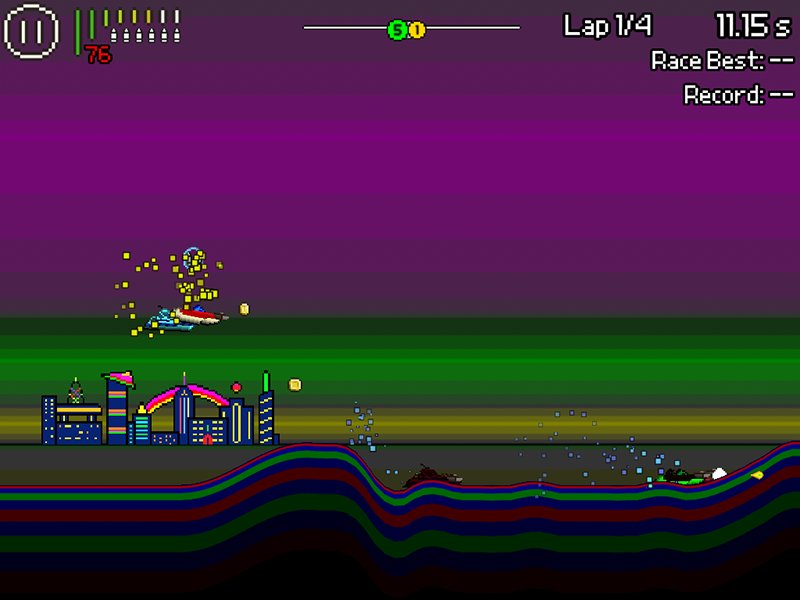 The game does feature a two-currency system, with coins used to buy new boats and unlock new modes, and tools used to buy upgrades, but it’s not a soft/hard currency split, they’re actually two independent currencies that can be earned in the game, and it’s possible to earn more of both by winning races. The game launches next Thursday for $1.99, will support devices as old as the iPod touch 4th generation, and comes with both iCade and MFi gamepad support.