Last year, an awesome action game called Ninjin (Free) came in under the radar. It’s an auto-scrolling action game with a great, traditional feel to it. It’s also a very difficult game, throwing enemies at you in mixed waves to trip you up, and capping off each stage with a fight against a vicious boss. There were a bunch of unlockables that you could earn and use as your playstyle demanded, and the presentation had charm to spare. I had quite a blast with it while I was playing it for my review, and to top it off, the developer was very friendly and open to feedback in the thread in our forums. Well, Ninjin is back, and this time, he’s brought along a couple of his friends in Ninjin: Clash Of Carrots, a reboot/sequel to the original. It’s launching first on PSN and PC, but I’ve been told that, although it’s not 100% certain, there’s a very high chance it will be coming to mobile down the road. 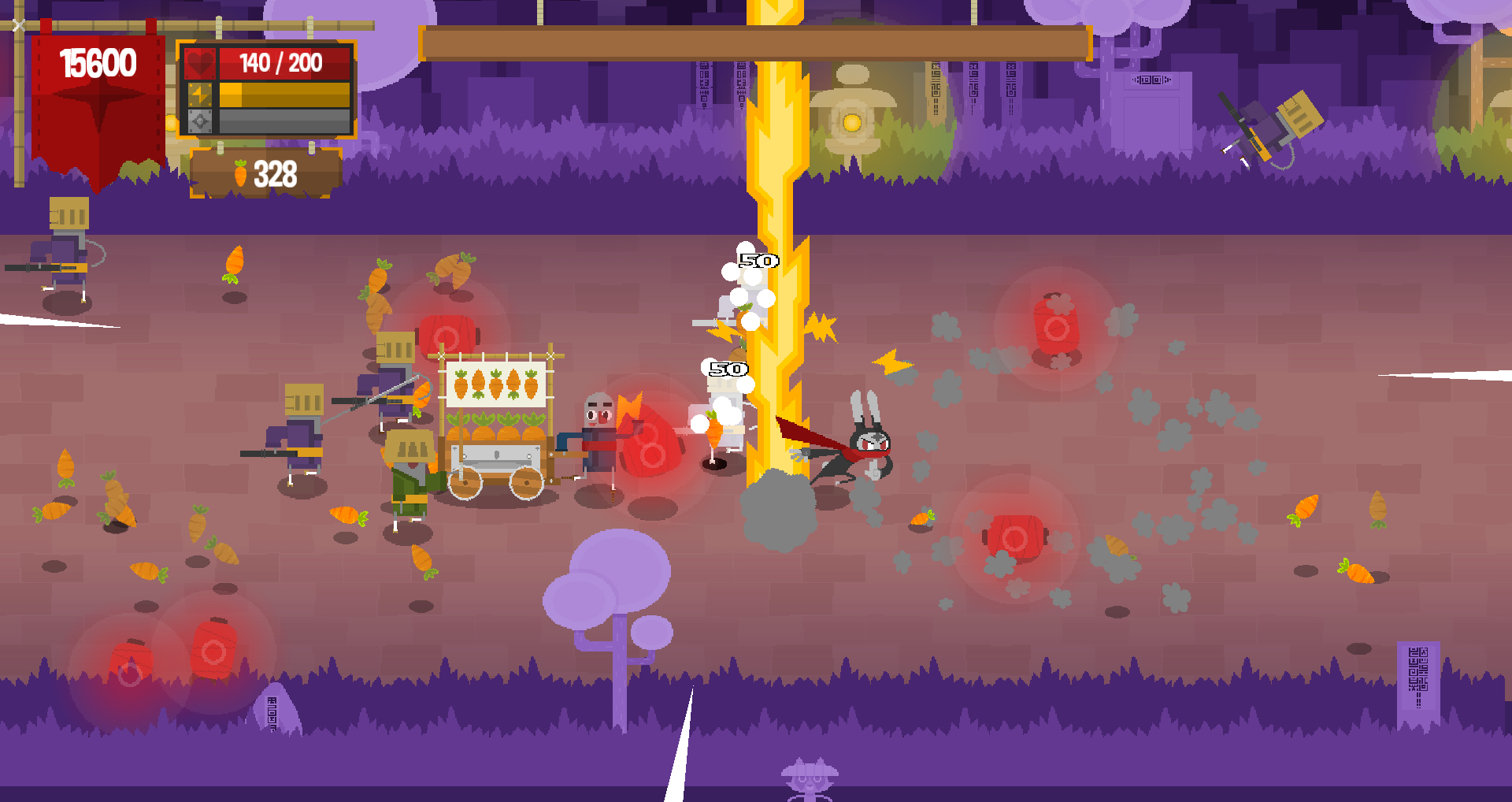 In my review, the only real criticisms I could make of the game were that it was a bit on the short side and that the gameplay was a bit too narrow in scope. Clash Of Carrots addresses these issues in a big way. First of all, while the original Ninjin had five stages, Clash Of Carrots has 50, packed full of new and returning enemy types and bosses. The first new enemy I encountered, Saru, behaved relatively non-aggressively until I gave him a poke, throwing him into a deadly rage. Of course, the bad guys you love to hate are back, too, like the enemies who like to hide in packs of regular enemies and explode when you hit them, or the jerks that toss out mines all over the play area. I even had the chance to face off against a boss, a summoner who called in progressively deadlier waves of enemies. When you beat him, you get the chance to lay in a bunch of extra hits for points, but even without the points, it feels good to give him a good thrashing after all the trouble he gives you.

In addition, there are now exploration stages that take place between the action stages, allowing Ninjin to wander around freely, talk to other characters, forge new equipment, and take on quests. You can also capture enemies now using special methods, turn them into cards, and use them to complete quests and so on. The game also features a co-op mode, but I didn’t get a chance to try it out and it’s uncertain whether or not that would make it into the mobile version. Naturally, the unlockables are back in full force, with tons of new weapons, skills, and even new characters to uncover. The graphics have been overhauled, with a slightly more cartoony look to the characters, and a generally sharper look to everything. 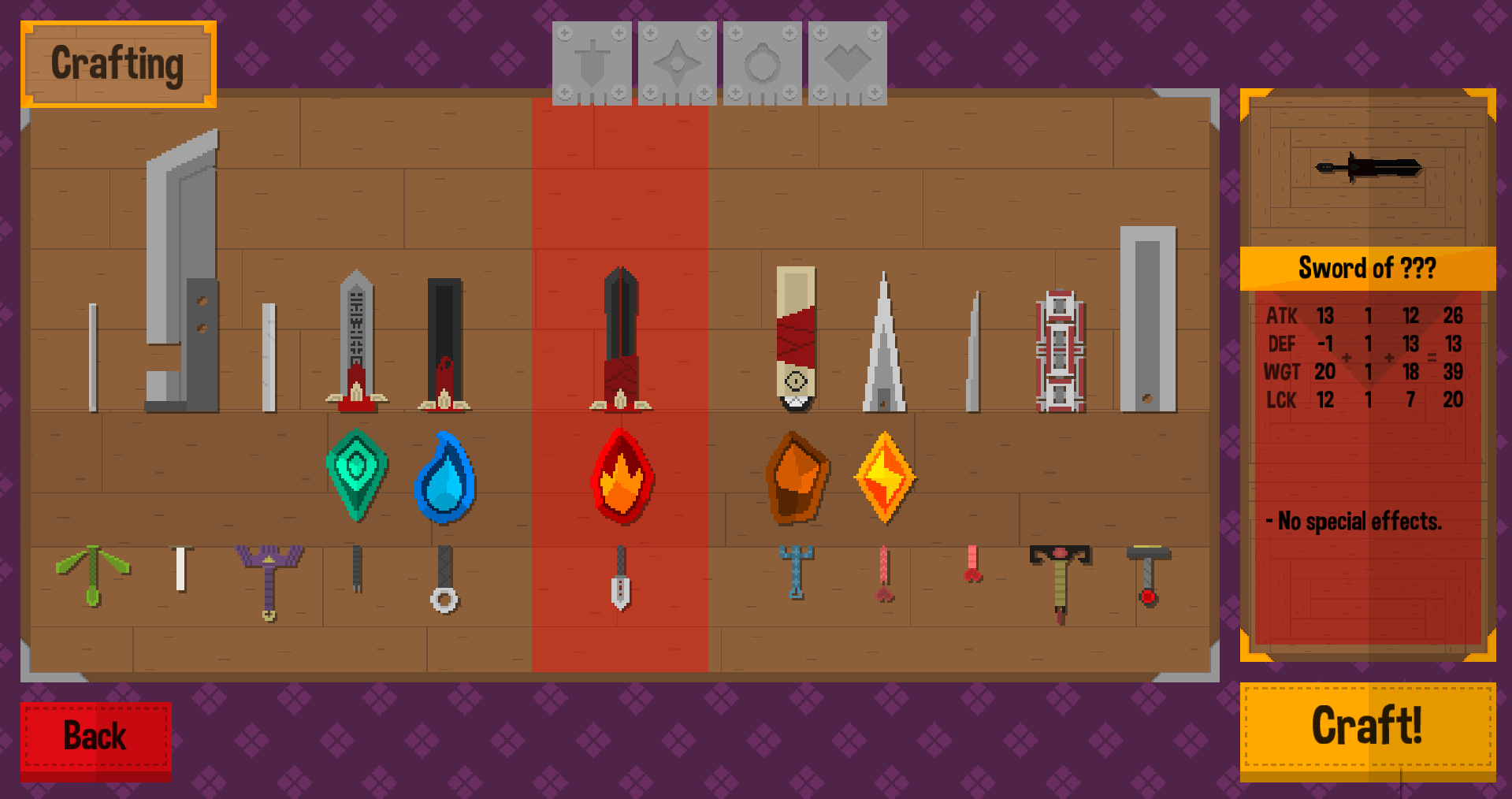 The version I played was the PS4 build, so I was using a controller. Developer Pocket Trap assured me that MFi controller support would be in the plans. That said, the game should still play just as well as before using touch controls. The new exploration areas might be a little trickier, but we’re all used to virtual sticks by now, I’d think. The game still has the same fun core it did before, though I got rocked pretty badly due to being out of practice. Ninjin now has a ton of life points instead of being able to take only a few hits, so it’s a bit more forgiving all around, but you can still easily be bounced by the first stage. I wouldn’t have it any other way.

Ninjin: Clash Of Carrots is set to release later this year on PSN and PC, and should follow sometime in 2015 for iOS. We’ll bring you more information on this follow-up to a forum favorite as it comes, but in the meantime, please enjoy the video of the developer playing while I narrate in a very awkward and in no way amusing fashion.