I am willing to admit that I have a soft spot for challenging, minimalist arcade games. The thing that fascinates me about something like a Super Hexagon ($2.99) or Flappy Bird is the way that such small concepts can be designed in such ways that they inspire constant replayability despite having such simple concepts. And in the case of Flappy Bird, it’s possible for these games to succeed accidentally. It’s an absolutely fascinating genre. So, seeing Hyper Trip (Free), I found myself curious to see if this could be something special, as I dug its concept of controlling a square through mazes, not unlike a Tron lightcycle. And certainly, it’s a challenging game, requiring quick reactions to avoid the maze walls that pop up, with four modes the feature increasingly-challenging layouts. Certainly, it falls into my line of interest, but it left me not as satisfied as I hoped. 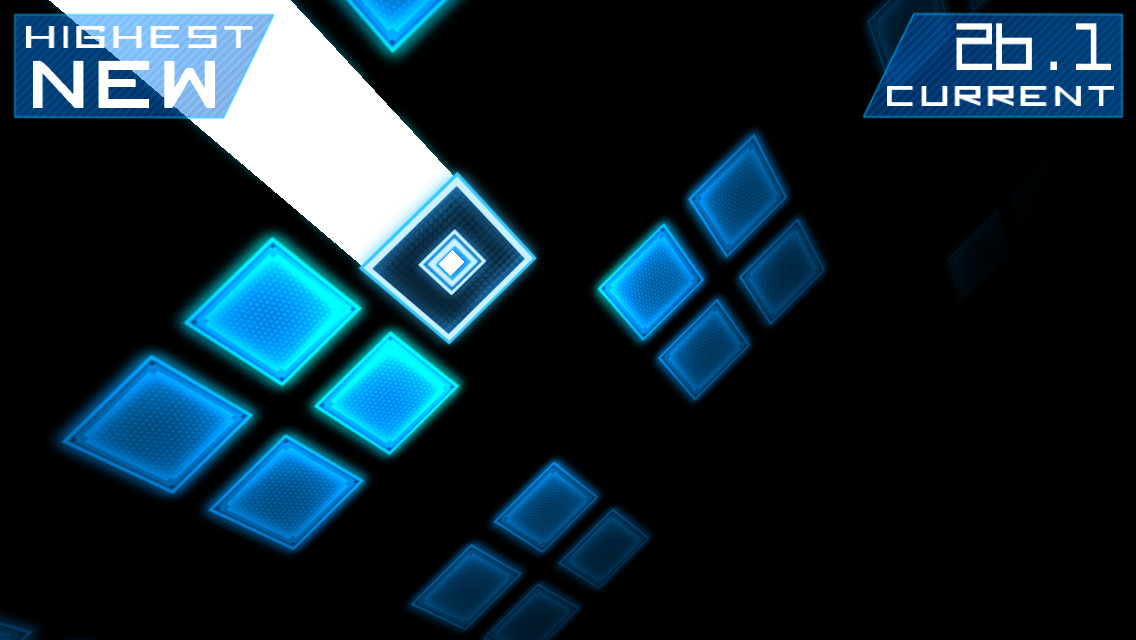 The problem with Hyper Trip starts at the controls. Yes, it’s just a matter of tapping on either side of the screen to turn in that direction, but the problem comes with making two turns in succession. Double-tapping instantly will not turn right away, which leads to situations where you will have put in the correct input, just not spaced apart long enough. Why should this be? Mikey Shorts ($1.99) et al do a little bit of prediction around the ledges so that tapping jump or slide doesn’t have to be timed exactly, but this goes a long, long way toward helping the game feel like it controls perfectly. If Hyper Trip did the same thing, it would improve the experience tremendously. 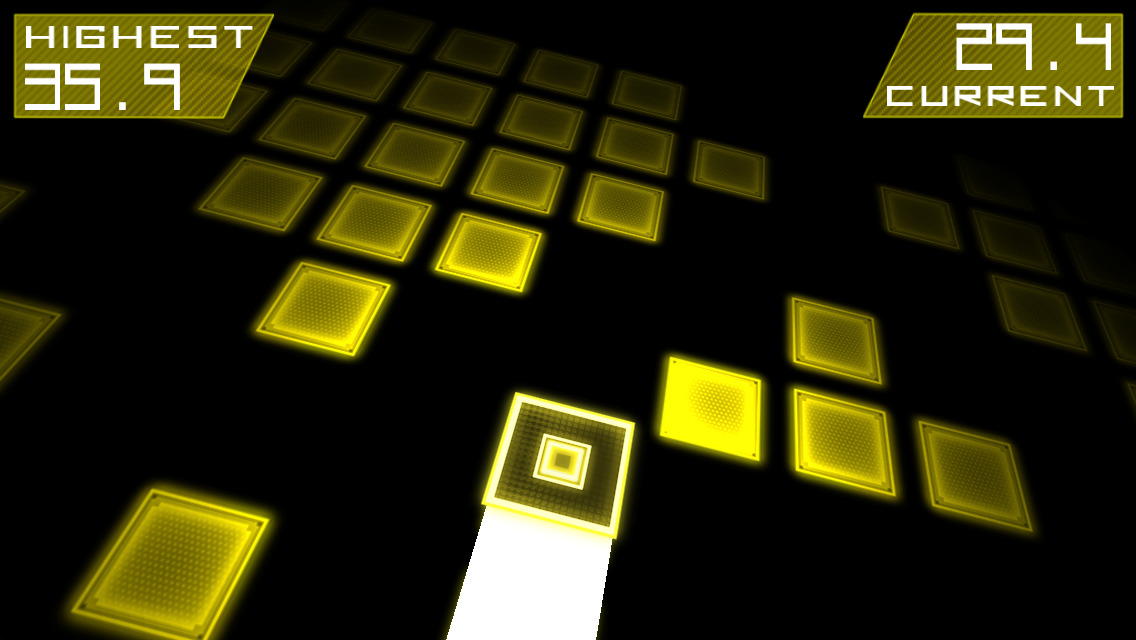 But why does this situation exist? It’s because the very concept of the game is built around where control fuzziness is necessary. Because it’s about a square travel ling through mazes of squares of the same size, the game requires that it do something to not require impossibly-tight timing windows. So it requires some fuzziness like the Mikey games have in order to mitigate some of the challenge, and to make the player perform as well as they feel they’re performing. Hyper Trip does some of this – I have definitely tapped to make turns that the game didn’t let me make as I’d be turning straight into my doom – but it doesn’t do enough in this regard. 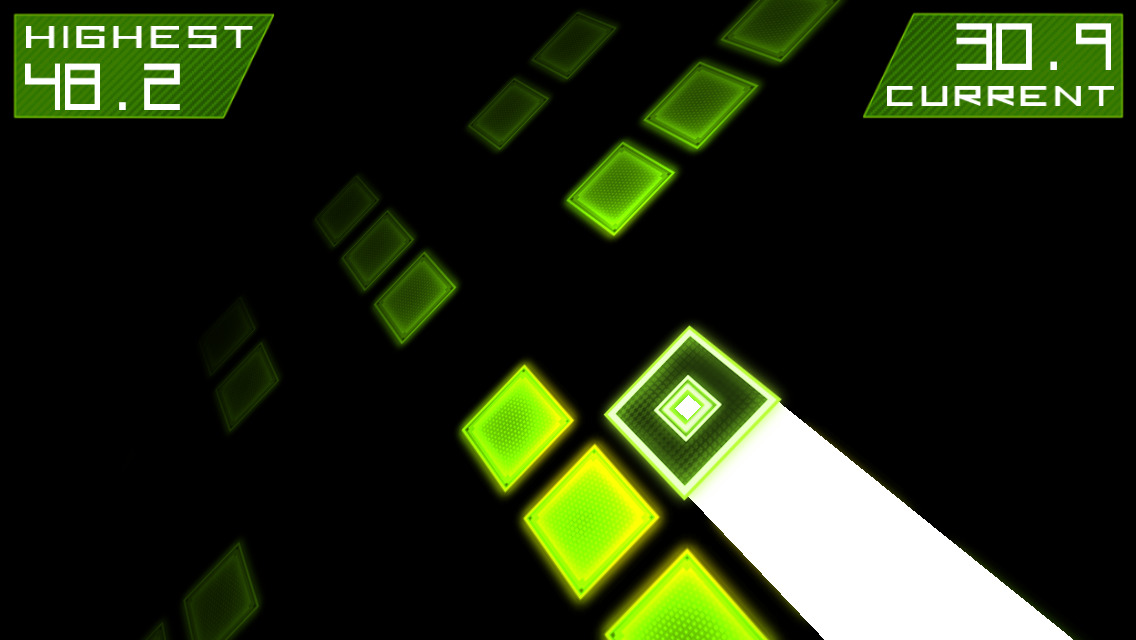 And the thing is that the game is hard enough! It requires speedy reflexes, and has a maze that’s constantly changing. The least the game could do is to throw me a bone by making it so that the challenge comes from the concept itself, and not me trying to play it. This is especially so when the game starts including levels that twist and turn around. I wasn’t a big fan of shifting the game board around in Wave Wave (Free) for the same reason I’m annoyed by it here: the game’s hard enough as it is when I know where everything is! Throwing in a literal twist is too much. Of course, Super Hexagon does much the same thing, but that game does a great job at making its spinning obstacles an innate part of the game. In Hyper Trip, they’re just there to trip you up.

It’s all just a shame because I like a lot about Hyper Trip. I like the idea of taking that Tron and Snake concept and putting it into a fast-paced survival game. I still love minimalist games with glowy visuals, I still do. I think the ‘attempts’ counter is a devious addition. And this game remained so intriguingly infuriating that I just had to keep playing to see if I was wrong about it, if maybe I was just awful at it. But after countless deaths, I’m convinced that it’s not just me, that there are flaws with Hyper Trip that mar the game’s appealing concept.