Duke Dashington ($0.99) is the kind of game that exists in a kind of quandary. It’s a game built around brevity, and for mobile devices: it’s a platformer where players must swipe to get the eponymous Duke to the exit in no more than 10 seconds. It’s frequently challenging but failure never leaves the player washed too far ashore to not just go back and try again. It’s a game built around maximizing its brevity, but because it’s so small, it winds up limiting just how well it succeeds at what it sets out to do. 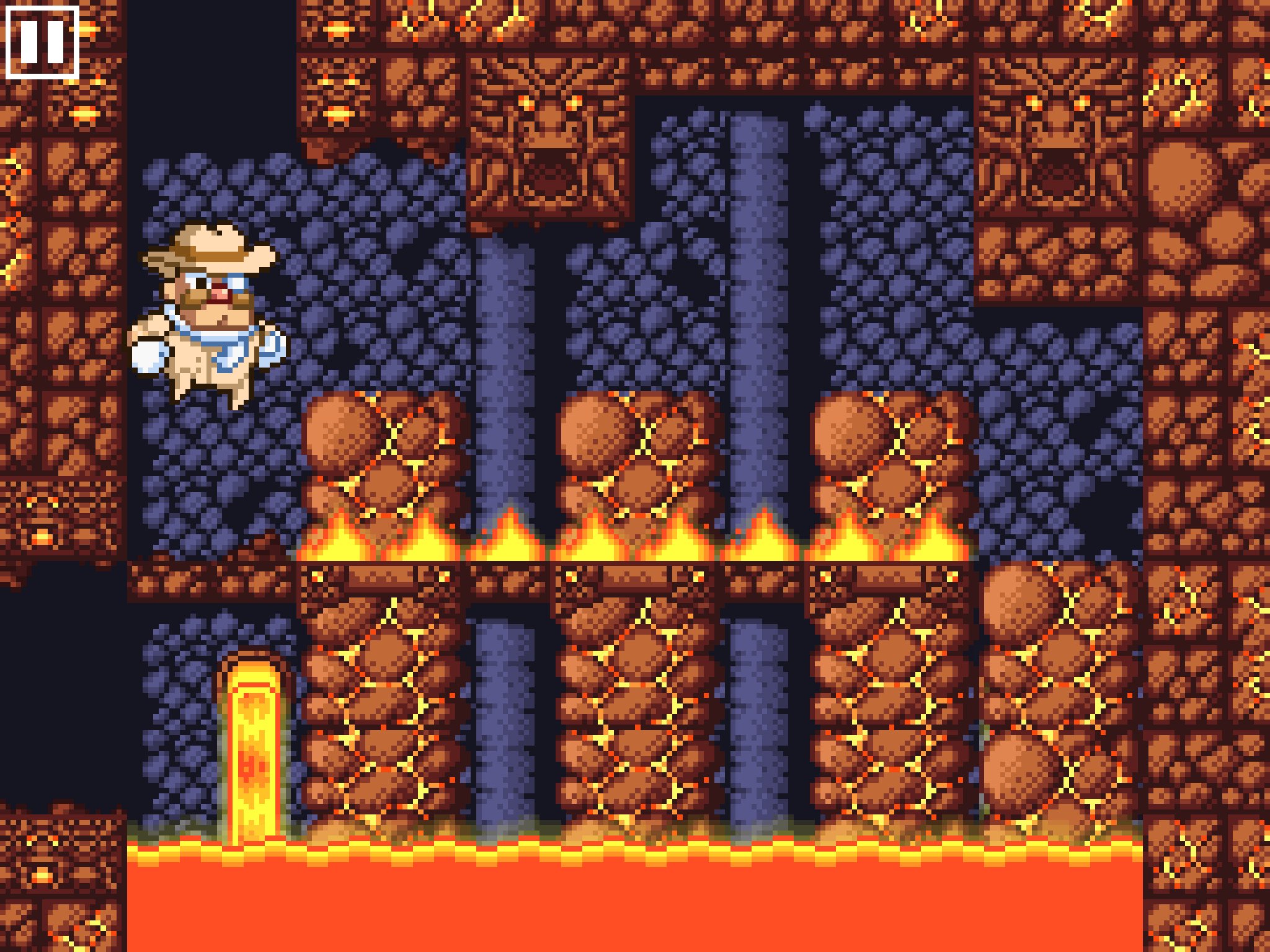 The Duke is governed by a few simple rules. He can dash upward or horizontally, never downward. He dashes in that direction until he hits a wall, at which point he can dash horizontally, or fall to the ground; dashing upward while in midair is not possible, though he can dash horizontally during the middle of an upward dash. As such, mastering these rules becomes key to success in Duke Dashington – the levels often require lightning-fast reflexes, which the swipe controls are able to handle, though I’d also love MFi support.

The levels are all single-screen affairs, which have to be beaten in ten seconds. Some levels can be beaten quite quickly if executed properly, but many wind up being a race against the clock, to try and execute every perfect dash, to break down the walls that stand in the way just as the clock ticks down from one to zero. The four world themes all feature a great number of variations of common themes, with unique environmental themes in each level. This gauntlet runs the full gamut of challenges. 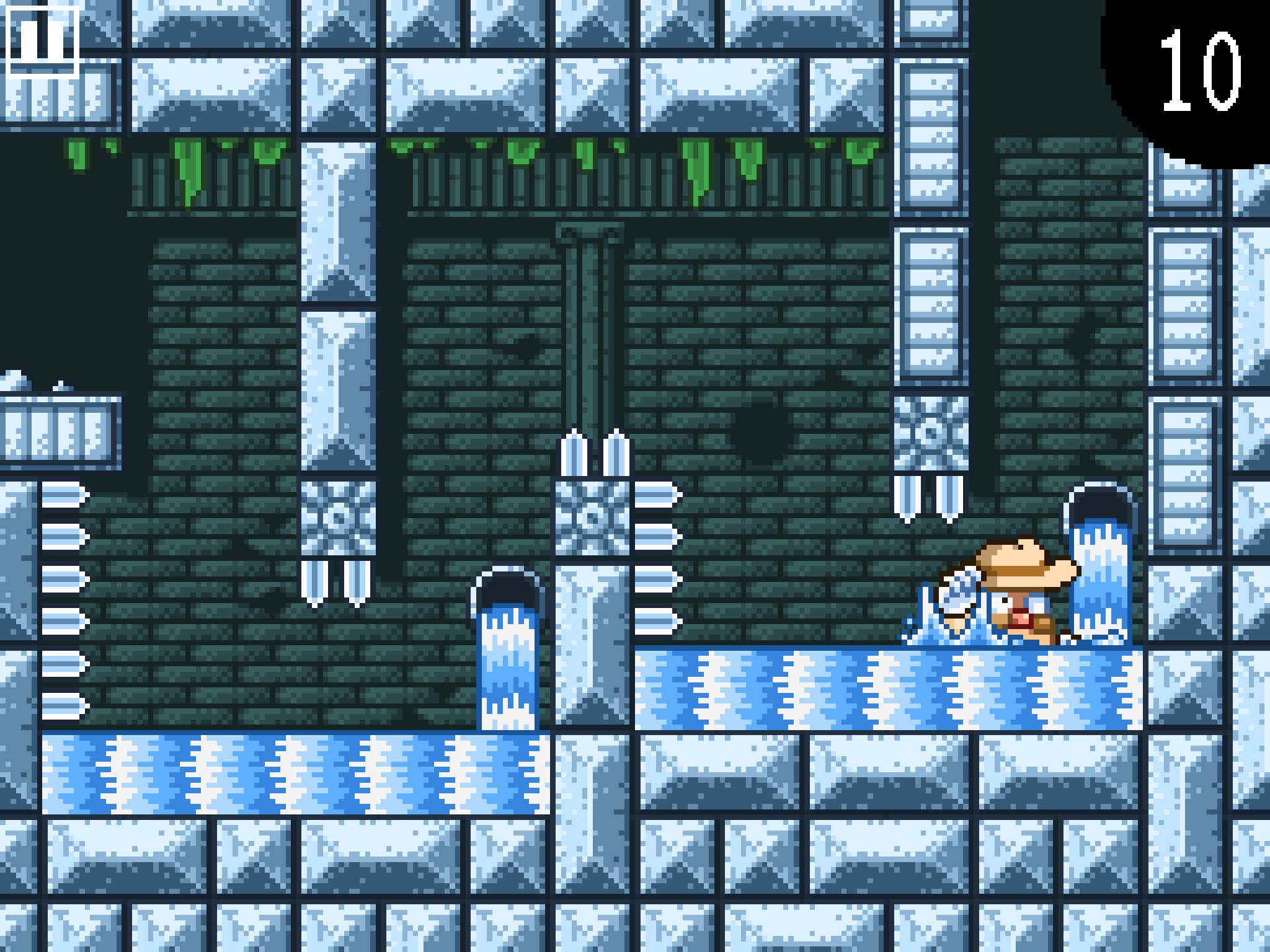 The game strikes a great balance between presenting a difficult challenge to the player, and making something that doesn’t feel frustrating. The controls are responsive. The levels, because of their brevity, mean that you get many attempts at completing a level in one try. The game also ensures that each level is consistent, there’s no randomness here, it’s all skill. The restarts are quick upon death, a feature I welcome in any game where failure is frequent. There’s no ultimate fail condition, though: it’s possible to keep trying until success happens.

Unfortunately, Duke Dashington‘s biggest issue is that aforementioned brevity. The game is short and there’s nothing wrong with that, but there’s no replay value in the game at all. There’s no optional reward to find in the levels, there’s no secrets or optional items to find, nothing to do but plowing through the game to beat it. 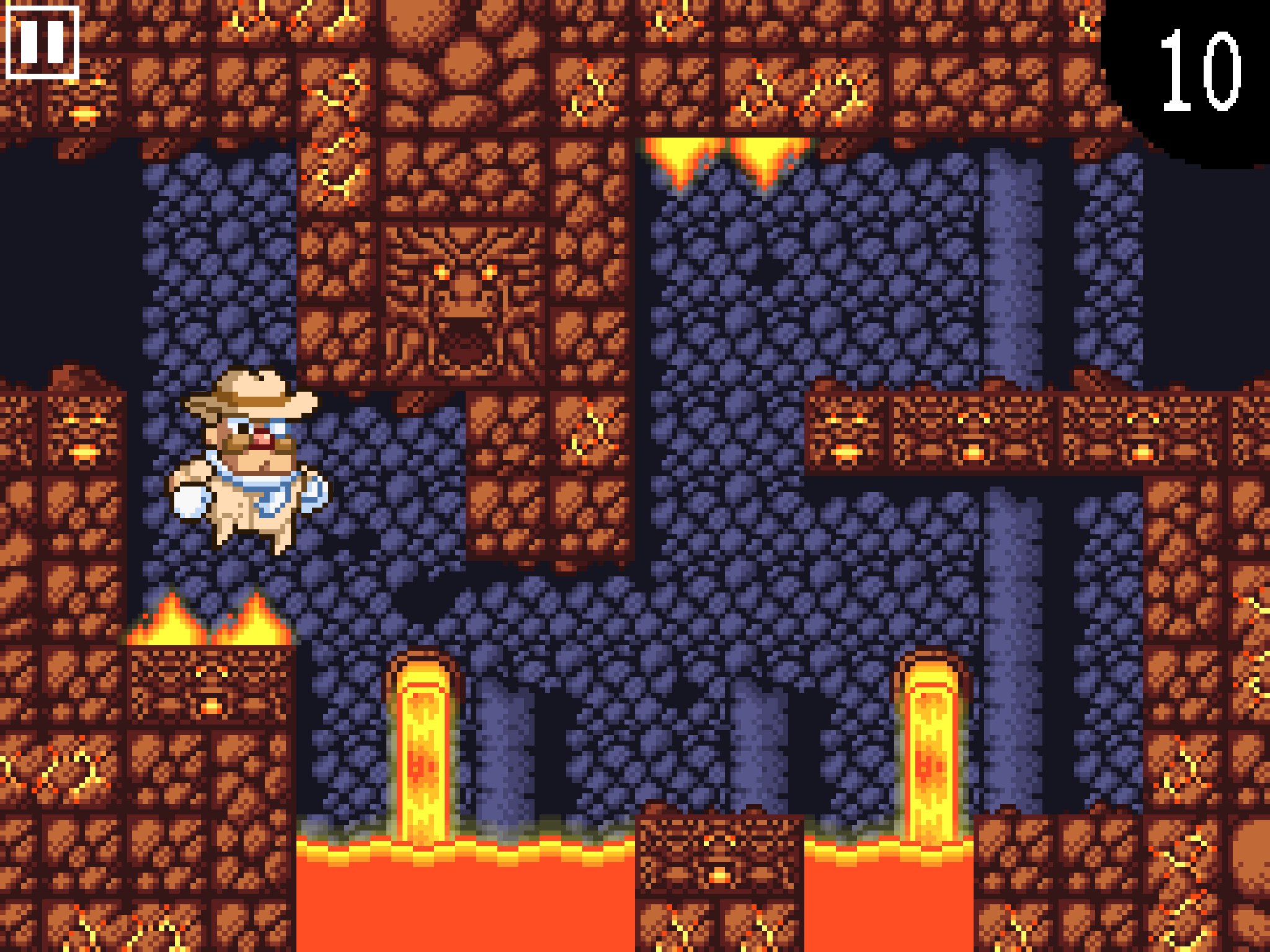 I can certainly think of some clever things that could be done: perhaps have some out-of-the-way items to pick up in levels as sorts of trophies for the dedicated to try and get. Or perhaps have a survival mode, where the goal is to try and make it through one of the worlds as quickly as possible (counting death times), or to make it as far as possible on one life. The developer does claim that a time trial mode is coming in a future update, so we’ll see what this brings, as even just changes to the meta-game can improve the longevity of the experience.

Of course, I suppose there’s a nice purity to Duke Dashington too: it’s a game that puts forth its challenge, and if you beat it, you win. And there’s certainly more than enough entertainment for a buck-ninety-nine. I’d love to see Duke Dashington expanded on from here, I think there’s more that can be done with the concept in either new content or finding new ways to play that existing content. But for a mobile-friendly platformer, I sure had fun with Duke Dashington. But I wonder if I could have more of it.