Crazy Taxi City Rush (Free) has gotten its first major post-release content update. The big new addition is the fourth district, Hills, which takes place in a Hollywood-esque area. This section is roped off to those who have not completed all the Uptown HQ missions, so this is aimed for people who have played through most of the game already, and want more to do. But I suppose that’s the point of any update. Those who do have it can play new HQ missions for characters, and explore the new sights.

Additionally, there’s five new taxis to buy with the new update, and thirteen new customizations to add to the taxis. Taxi rank missions have been improved, with the medals earned from completing them awarding diamonds, the hard currency. New achievements and other fixes have been added as well. 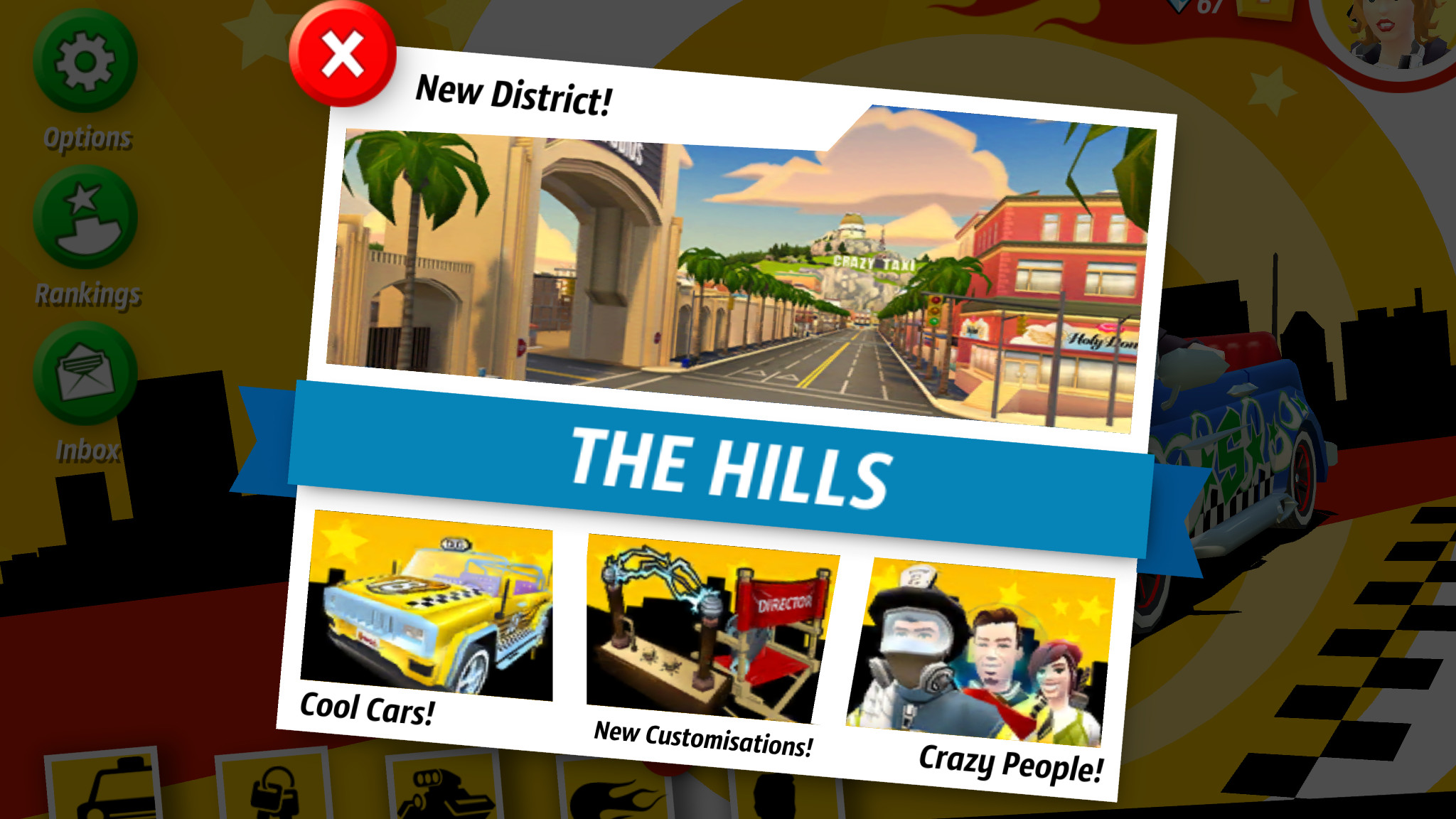 Will this be it for updates for the game? It hasn’t been a huge success, as it’s peaked at #110 in top grossing in the US and has fallen since then. This update could help, but it might not be the start of a steady stream of updates for the game, just already-made content that’s being pushed out now to give the game one last boost. But hey, for people who have enjoyed this free-to-play take on Crazy Taxi (Free) – which I certainly did, enjoy some more runs.