It must be stealth game day on iOS, as not only has the very literally-titled Stealth launched but now Sony is getting in on the action with an iOS version of their PSN stealth game CounterSpy ($4.99). CounterSpy is a much different beast than Stealth. It’s a 2.5D game, meaning it has fully 3D visuals but the game itself takes place on a 2D side-scrolling plane. The visuals are incredibly stylish, and the whole game has very cool ’60s-era spy movie vibe which fits right in with the theme of the game.

What’s really interesting about CounterSpy is that prior to this is was a PlayStation-exclusive title. And when I say “prior to" I mean just a couple of weeks ago. The game was just released as a downloadable title across PlayStation 3, 4 and Vita on August 19th. It was always planned that there would be an iOS version, but most didn’t expect it until much later after the console version’s release.

That said, there’s one major downfall to the iOS version of CounterSpy, and that’s that it’s not the full version of the console game. In the full version, you actually get to play as a spy against two different nations who are locked together in a nuclear arms race set during an alternate history Cold War era. The two nations are the Imperialists and the Socialists, or in other words the USA and Russia. In an interesting twist, in that version you can choose to infiltrate either side at will for both variety’s sake and for various strategic reasons. Here’s the trailer for the PlayStation version so you can get an idea of what CounterSpy is like.

Unfortunately, in the iOS version of CounterSpy, for whatever reason, you can only infiltrate the Russian enviroments. It doesn’t feel like a massive loss, as the game’s levels are all procedurally-generated in both versions anyway, so it mostly just feels like missing out on a visual theme, but it does feel like a needless omission. Needless unless, of course, Sony wants to give you a reason to also buy it on PlayStation to get the “full" version. However, to compensate the iOS version is just five bucks whereas the PlayStation version is fifteen, though I’d personally rather pay more and get more, but, it is what it is. Besides the lack of a playable USSR, the two versions of the game both look and play pretty much the same.

Another bummer about the iOS version is that the controls are very hit and miss. Rather than slap some virtual buttons in the game, developer Dynamighty has chosen to go with gesture-based controls for the touchscreen. I almost always appreciate that choice, but here it’s hampering my enjoyment. The actual control scheme is solid on paper, but the responsiveness in practice is not. Sadly, this is one time when I wish they had just slapped some virtual buttons on the screen, as I know I’d be enjoying the game much more than I am now. The control issues may just be a bug too, as not everyone in our forums is having such a sour experience with them, but for me personally they’re putting me off playing the game. 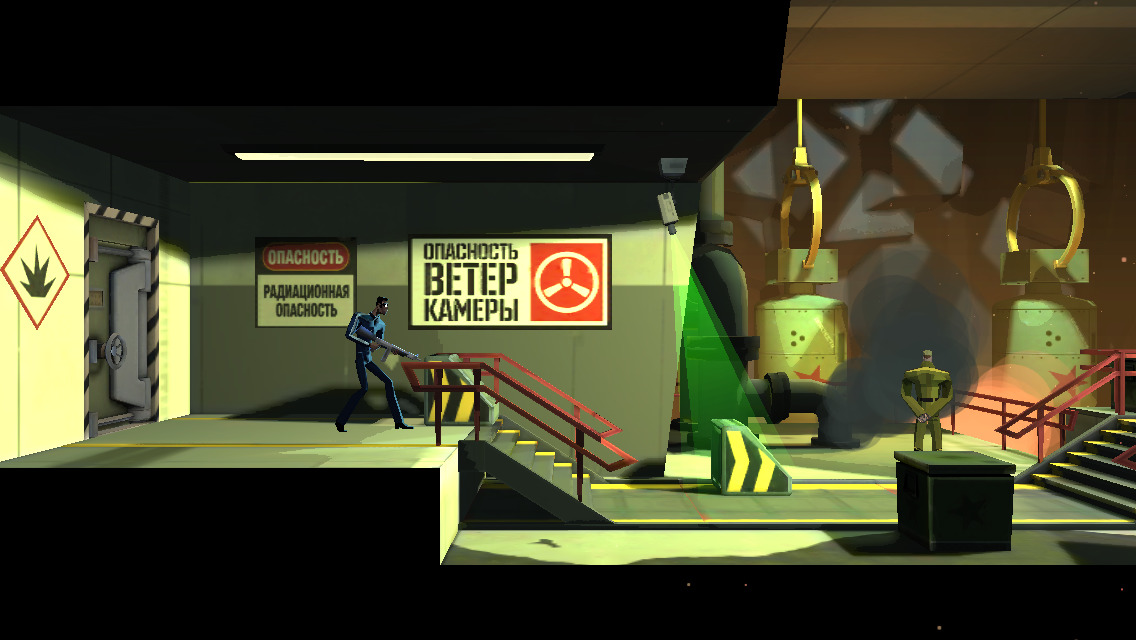 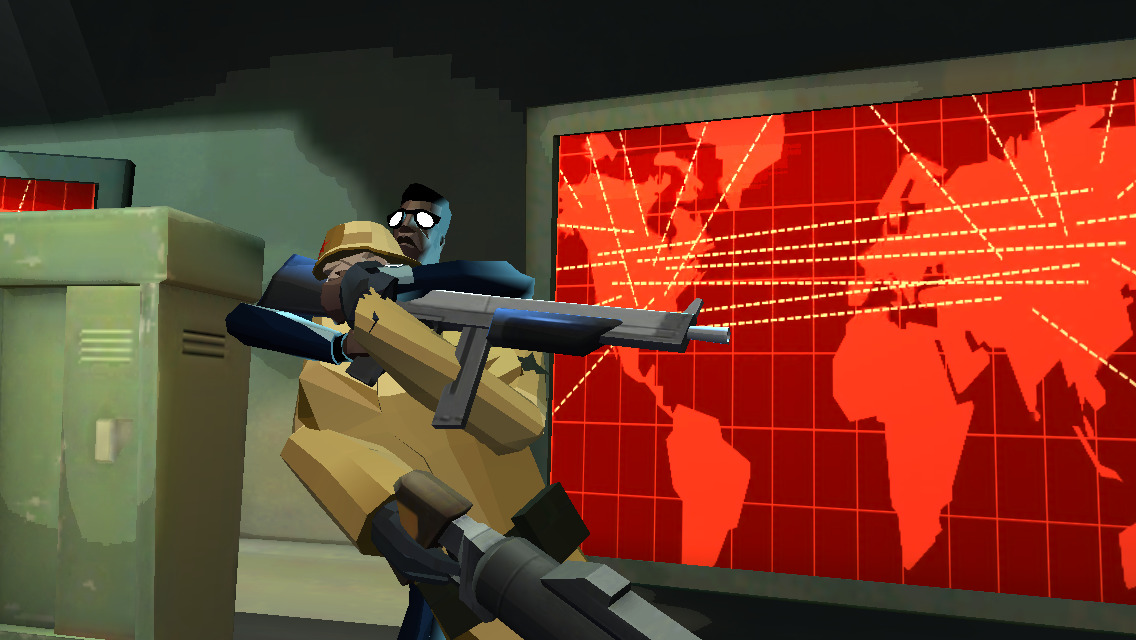 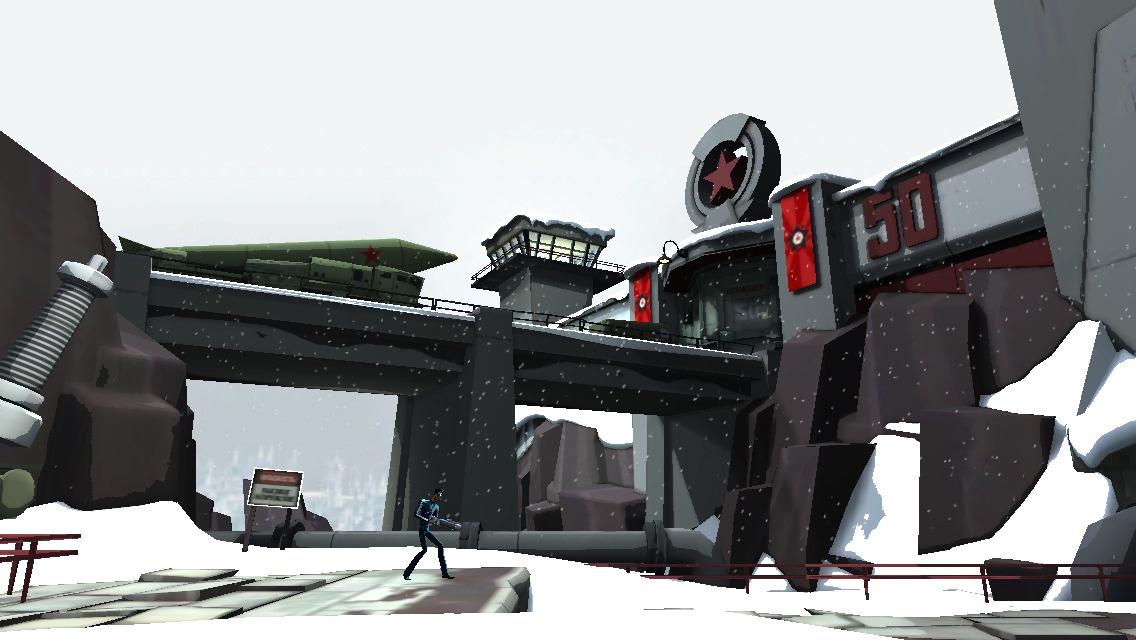 All that said, there’s still a lot to like about CounterSpy. The side-scrolling portions are broken up with 3rd-person style shootouts when you go into cover and encounter enemies, and here I actually think the controls hold up very well and the combat is quite fun. The levels, despite being randomly-generated, are interesting to explore with lots of interactive elements. This is definitely a very cool game… if I could just control it.

Maybe it’s nothing, but to me it seems like a pretty big deal Sony is releasing one of their “PlayStation Exclusive" properties on iOS. They’ve dabbled in iOS releases before, mostly with smaller companion games to complement their full titles, and in a way that’s sort of what this feels like too. But CounterSpy and their just-announced Run SackBoy! Run! both seem more like actual full-blown games than little throwaway mini-game type experiences. Hopefully they see fit to update CounterSpy with some tweaks and additional options for those of us having control problems. Even as it stands now though, if CounterSpy looks interesting to you, it’s worth considering for a fiver.