A couple of weeks back, I ran across a thread in our upcoming games forum for a new stealth-based game simply called Stealth. The game was the product of about 18 months of work from a single developer who had one goal in mind: recreate the stealth-based gameplay of the Metal Gear Solid series on mobile devices. The early screenshots and videos looked pretty promising, so I figured it’d be something I’d keep my eye on… except that the forum thread was created after the game was already submitted to Apple, and as it so happens, Stealth ($1.99) was approved and is available as of this morning. What a happy surprise!

As Stealth is heavily influenced by Metal Gear Solid, you can expect some of the same core concepts. You’ll be exploring levels mostly from a top-down view, but you can cling to cover on pretty much any object or wall with a tap of a button, which will then send you into 3rd-person view and allow you to slink along your cover object and get a better view of your targets. You can also enable a first-person view at anytime if you need a better look around.

An invisible virtual analog stick controls your character, and with a double-tap you can change your movement from “run" to “sneak" so guards don’t hear you approaching. Finally, a mini-map in the corner acts as a radar and shows the positions of guards with their infamous “vision cones" showing their line of sight. It should all be very familiar to anyone who has played Metal Gear Solid, Tenchu, or any number of other stealth games. One big difference here from the MGS series is instead of a tactical military theme, Stealth has more of a medieval fantasy theme, and it works quite well. Check it out in action in the trailer (note that the framerate in the actual game looks TONS better than it does in the trailer, for whatever reason).

While I’ve only spent a little bit of time with Stealth, I have to say my verdict so far is… it’s pretty darn good! It definitely has kind of a “homemade" feel to it, and obviously lacks the production values of the multi-million dollar Metal Gear Solid franchise, but Stealth has a surprisingly high quality feel for the effort of a single person. My favorite part is how streamlined the control system is. Movement feels natural and a single context-sensitive action button ensures you’re never fumbling about under pressure.

On the negative side, the enemy AI is pretty brain-dead and their patrol routes are stiff, though that’s true for lots of stealth titles. I look at Stealth as more of a puzzle game, and in that sense, the enemy behaviors are more tolerable. One thing that Stealth really excels at is creating that tension as you take out one guard, and try to sneak over to a good hiding place to take out another, all the while just hoping and praying that guard’s vision cone doesn’t creep up on your position. It’s an exhilarating feeling, and I’m hoping that the rest of Stealth continues to be filled with moments like these. 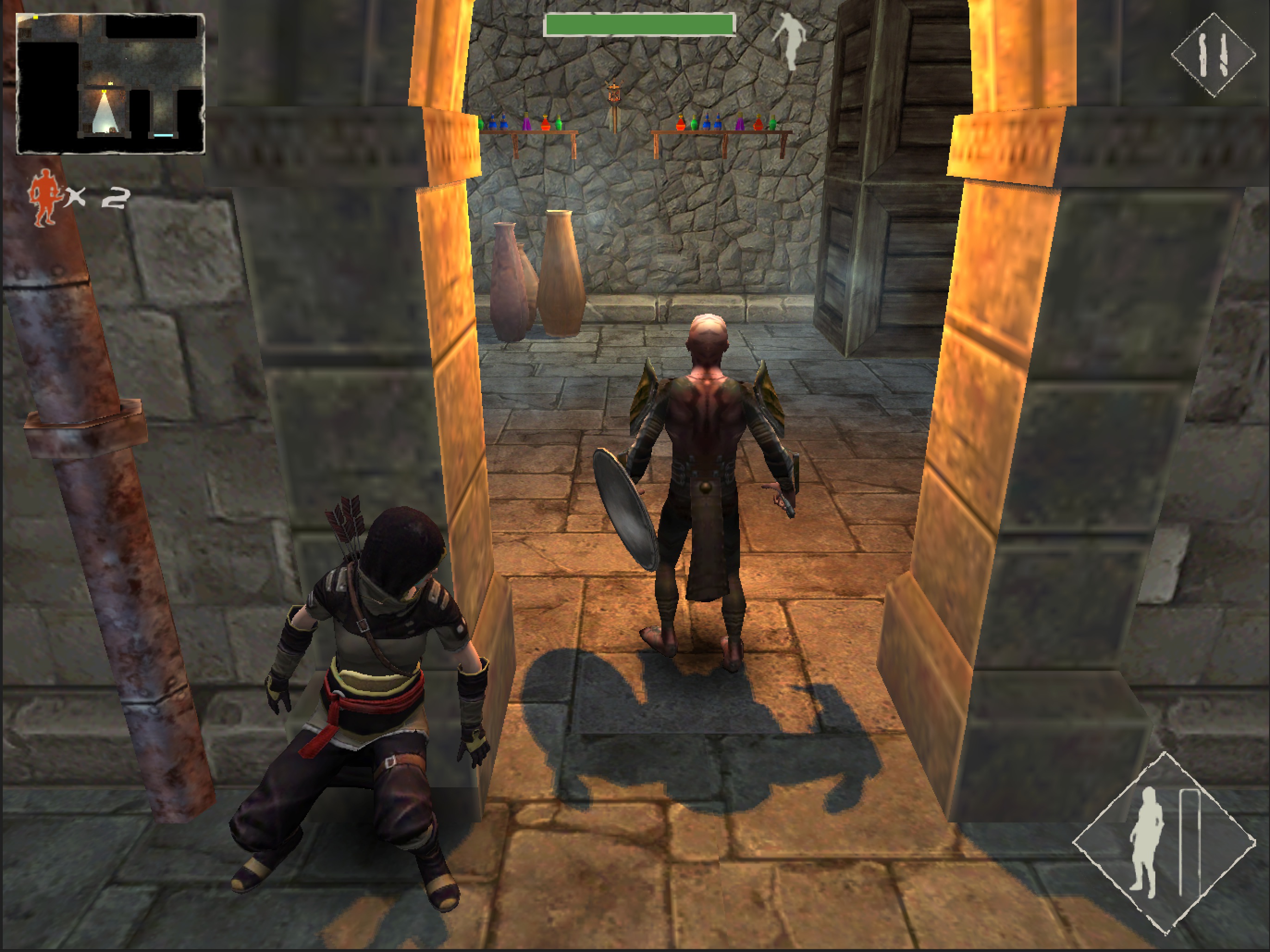 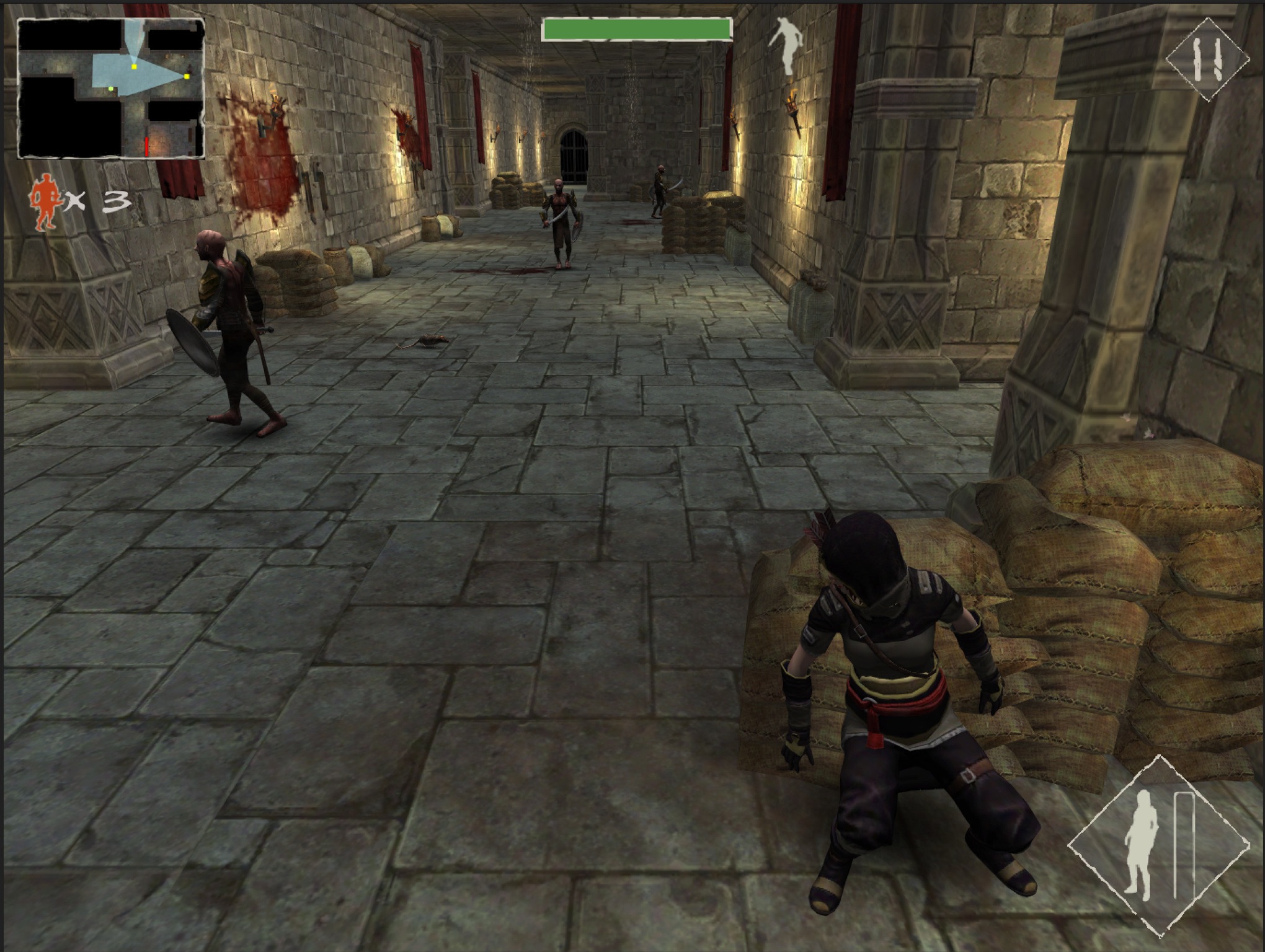 At $4.99, Stealth is definitely at the “high" end of the price scale, for mobile games at least. Especially from an unknown, first-time developer. However, even in the brief time I’ve played I don’t regret my five dollar purchase one bit, and seeing as there’s a dearth of stealth games on iOS I’m happy to have Stealth on my device. If you aren’t totally sold yet, we’ll continue putting the game through its paces for a possible review, and you can check out our community’s impressions in the forums.