The cooperative element of Lucky Frame’s new puzzle-roguelike The Nightmare Cooperative ($0.99) reveals itself after a few quick crawls through the game’s tile-floored dungeon. Your party of up to four Miners, Archers, and Warriors moves as a single entity, sliding up, down, right, and left in unison with each swipe of your finger. With these strictures in place, its your job to guide your ragged band through 16-odd levels littered with wolves, pits, yetis, and executioners carrying gilded pitchforks.

Each member of the cooperative has a special ability, too: Priests heal nearby teammates, Astral Walkers glide effortlessly through walls, and mages off all kinds fire off arcane energies along diagonals. Like movement, special abilities are fired off together: all heroes with enough mana and the appropriate positioning will use their specials with one tap. When your team of gadabouts either reaches the bottom or is wiped out by an ice-secreting snail, your score—determined by how much gold you’ve gathered and how many turns you took—will be posted to a leaderboard. This, basically, is The Nightmare Cooperative: fight some monsters, snag some gold, maneuver through a set of movement puzzles, start over. 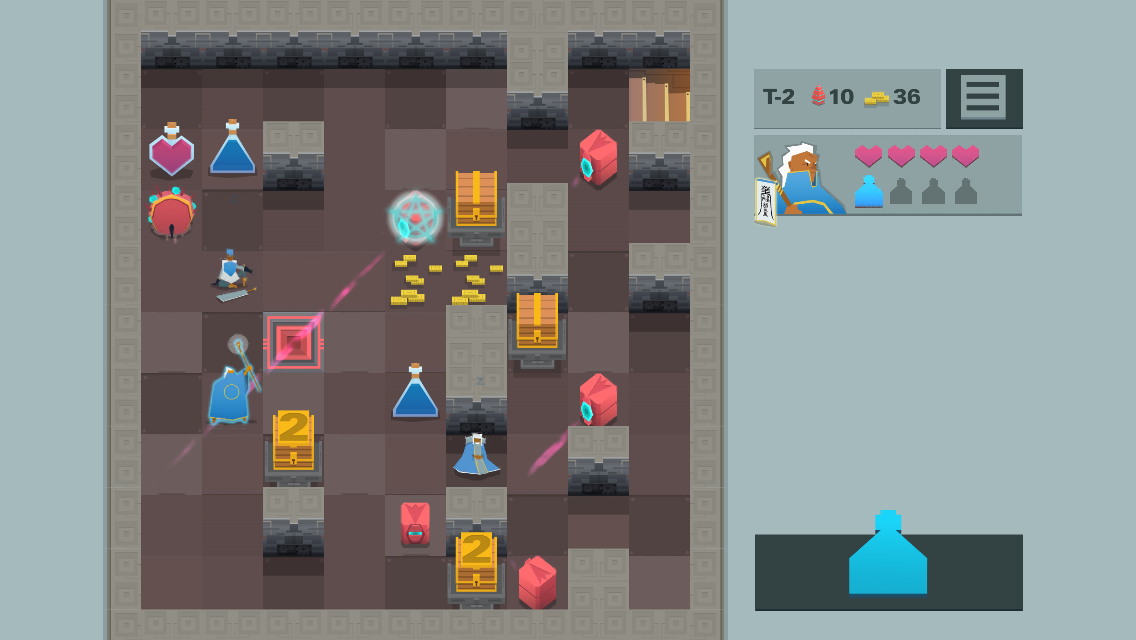 The rub is that descriptive noun: nightmare. On the one hand, when one team member dies, you’ll usually find another one snoozing on the next floor down; on the other, The Nightmare Cooperative demands that the individual be sacrificed for the greater good. It’s no surprise that the game’s fiction demands that these explorers scrounge up enough gold to pay off their village’s debts. The nightmare is stark utilitarianism gussied up in fantasy chestnuts and played out to appease the sadistic architect responsible for these randomized, ad hoc deathtraps.

This difficulty is largely a function of the game’s fiendish balance, of a piano wire-tight interplay between risk and reward, survival and sacrifice. Here’s a fundamental example: a countdown on each level, triggered each time you take an action, spawns a new trap or enemy when it reaches zero. The very act of moving forward, of playing The Nightmare Cooperative, invites new challenges and opens new possibilities for failure. Every step, no matter how tiny, has a cost. 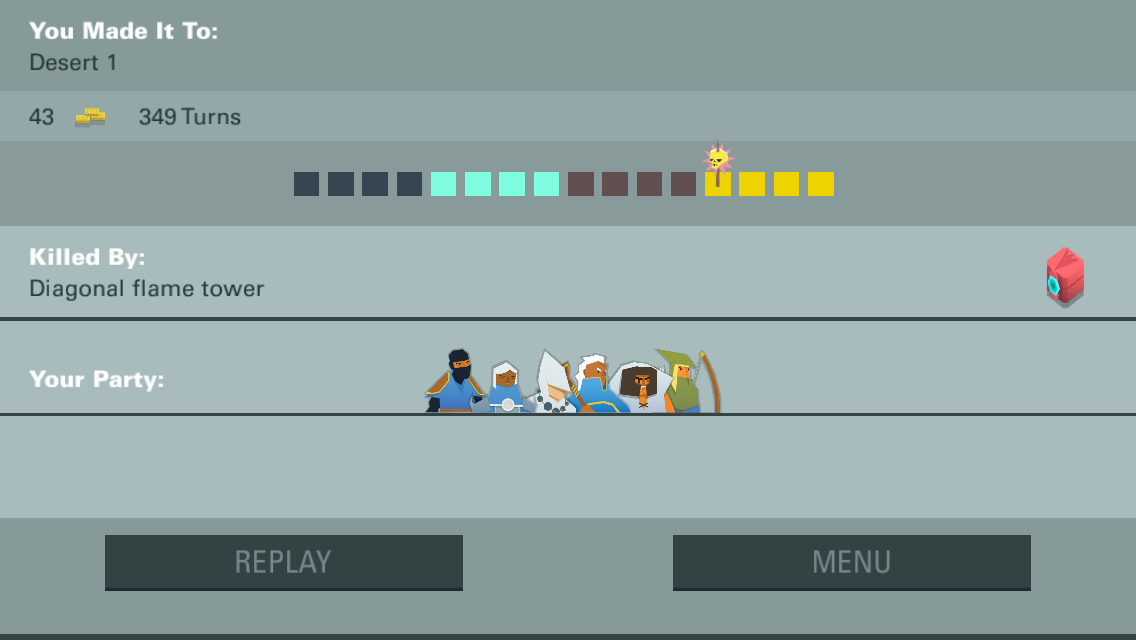 As a result, The Nightmare Cooperative hinges on your capacity for ruthless pragmatism. There will come a time when snagging a much-needed ability potion means asking your Barbarian to wade into a pool of lava. As long as the collective survives long enough to plumb the deepest depths of The Nightmare Cooperative, individual heroes remain disposable. Your job is to manage and determine acceptable losses, and there’s a reason these fighters have classes instead of names. Since you constantly replace dead explorers, your team’s strategies, skills, and dynamics are always in flux, encouraging players to maintain a flexible tactical awareness. Step lightly, boys.

Some character classes and special items, called “discoveries," are unlocked by meeting certain requirements. These actually give the game an extra level of structure, and having more specific goals makes some of the tactical decision-making more focused. If I need to beat the game with the Ice Mage, I can be careful about keeping him alive and more cruelly disinterested with my Ninja. 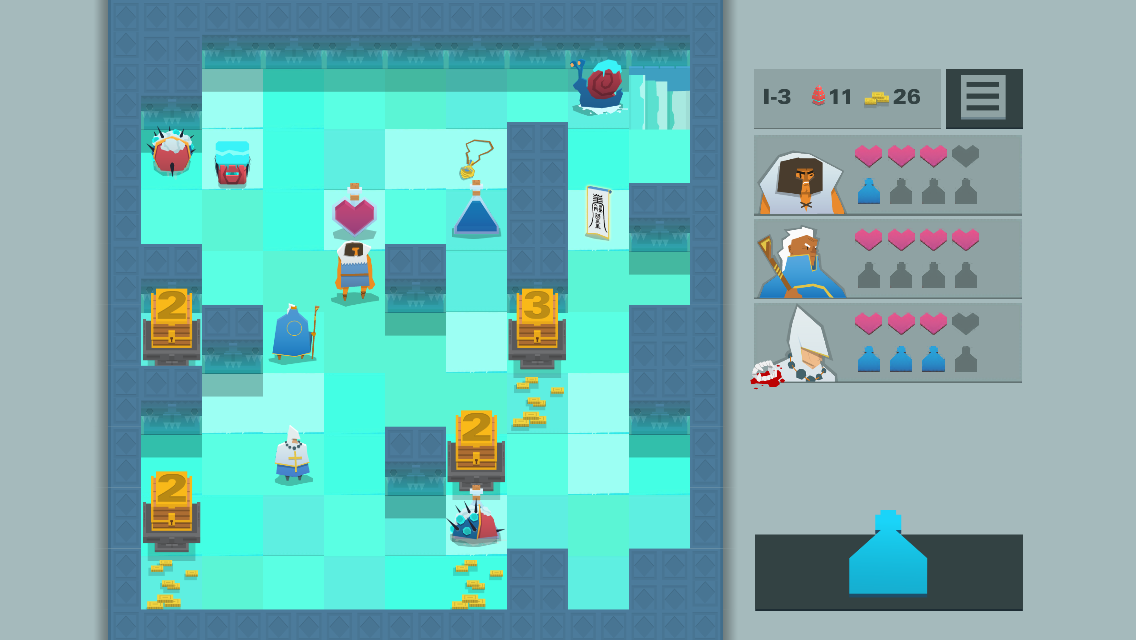 Thankfully, most of the enemies have fairly predictable movements, allowing you to avoid—or better yet, exploit—them. Patrol monsters, for example, have a very basic path: they trudge, back and forth, back and forth, on a straight line. They won’t tumble into most acid pits or lava pools, but you can wait for one to open up beneath them. One goon mirrors your movements across the map, and you can pilot him into a trap or corner. This kind of slippery non-confrontation will save on health and mana, but you risk dawdling and spawning more enemies.

By and large, these trade-offs work, producing tense, tactical puzzles and forcing players into unfavorable positions. Still, The Nightmare Cooperative can be overbearing at times, especially early on. Some monsters have unclear behaviors, and the game does a poor job explaining the order in which various turn-based actions resolve. Both ambiguities can be sussed out over time, but some clarity would help new players without hamstringing the game’s larger designs. Other niggles include touch controls that lack tactility and sometimes lead to jerky movement or misfired spells, but these can be minimized by finding an orientation (landscape or portrait, it supports both) that works for you.

Ultimately, The Nightmare Cooperative‘s biggest problem is the same one that hobbles so many other games inspired by Rogue: the swiftness and inevitability of failure saps the energy and momentum out of the game. After hard-scrabble digging your way through 15 floors of misery, it’s an emotional letdown to be plopped back at the entrance with a dinky Archer and no gear, with nothing to show for your trouble: as of writing, the iOS leaderboards seem a little buggy.

If you have a taste for the surprisingly methodical, The Nightmare Cooperative rewards planning, coordination, and calculation. Every once in a while, the stars will align and you’ll find the perfect Cartesian accident that lets you trigger all of your party’s spells simultaneously, clearing a path to a glorious, pain-free exit. More often, though, all that planning and calculation serves to figure which hero is most disposable, who can most efficiently be left behind, that his comrades may survive The Nightmare Collective meat grinder just a bit longer.