It would be nice if, one day, all four of Kemco’s development teams could get together and make an RPG that combines all of their strengths and covers all of their weaknesses. After just over one year of reviewing Kemco’s near-monthly releases, I’m at the point where all I need to do is look at which team is behind a game to make a strong guess at which areas the game will succeed or fail in. This time, we’ve got Magitec’s latest, Soul Historica ($7.99). They’re the developers behind Grinsia ($6.99), Chrome Wolf ($7.99), and Covenant of Solitude ($6.99), and if you’ve played any of those, you’ve probably got a good idea of how well you’ll like this one.

In this game, we follow the story of a Holy Knight named York, who works in the service of a powerful seer named Nemesis. In a shocking turn of events, Nemesis turns out to not be a paragon of truth and justice, and York ends up on a journey to find out the truth behind what happened to his friend, Eris. He’s joined by his trusted friend Ibis, a mysterious girl named Fiora, and a couple of others who I can’t talk much about without spoiling the plot. Whoever writes the storylines for Magitec’s games sure likes to recycle hooks relating to the hero’s love interest, I’ll say that much. Still, it’s an interesting story that has a few unexpected twists to it, and there are even alternate endings. The characters aren’t so hot, and the dialogue suffers from a dry translation, but the overall plot is engaging and rarely drags during the game’s 15 or so hours of play. 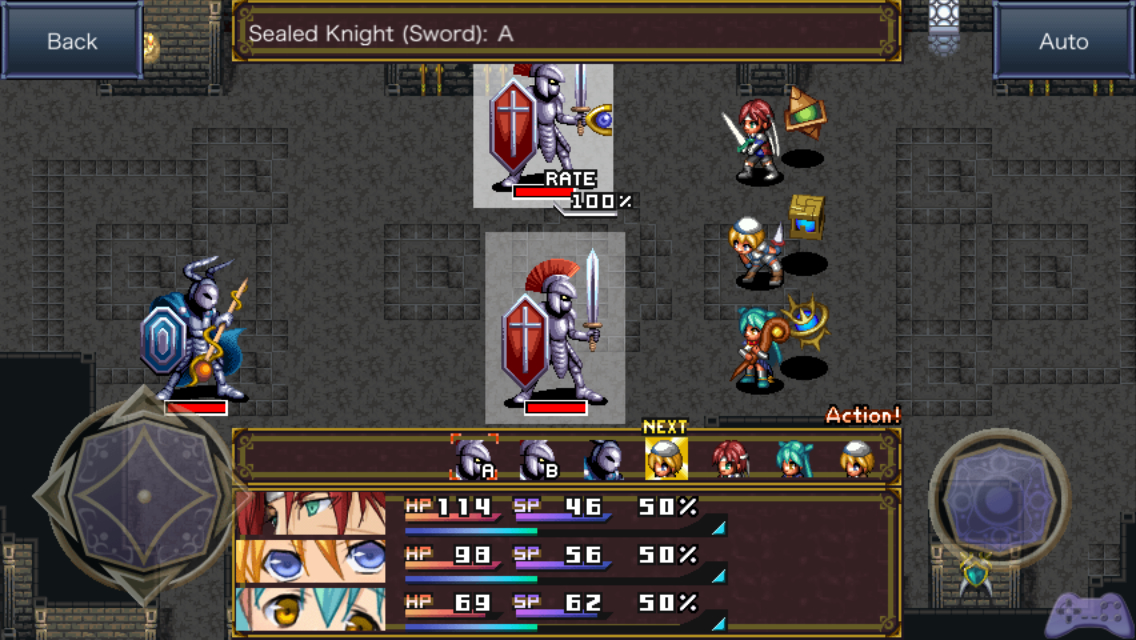 The RPGs developed by Magitec typically have better-than-average plots, though, so that’s probably not too surprising. It’s also likely no shock that they’re using the same game engine as last time, choppy scrolling and all. The game also shares a lot of visual and audio assets with Covenant of Solitude in particular, as we’re once again in an ambiguous fantasy world. The battles are still side-view, turn-based affairs without any interesting new gimmicks to speak of. There’s a tension system that causes you to deal and take more damage as you fight, or heal more and receive less damage by performing a non-aggressive action, and row positioning is a bit more important here than in many other RPGs, but you can easily get by without paying any attention to these aspects if you want.

One thing I’ve started to notice Magitec quietly working on is the class system in their games. It’s a bit more refined here than it was in Chrome Wolf. Each character has something called a soul cage that you can equip different souls to. Souls are dropped by enemies, particularly if you defeat them with a high tension gauge. By combining different souls, you can gain access to a variety of job classes, each with their own skills to learn, stat bonuses and penalties, and restrictions on weapons and armor. As you defeat monsters, you’ll accumulate points towards leveling up your class, and when you gain a level, you permanently unlock a new skill that you can use regardless of your currently-equipped class. This system offers you an incredible amount of customization, though it’s a bit unbalanced in the player’s favor. With a little bit more refinement, Magitec’s class system might end up being the best character customization system of any of Kemco’s games. 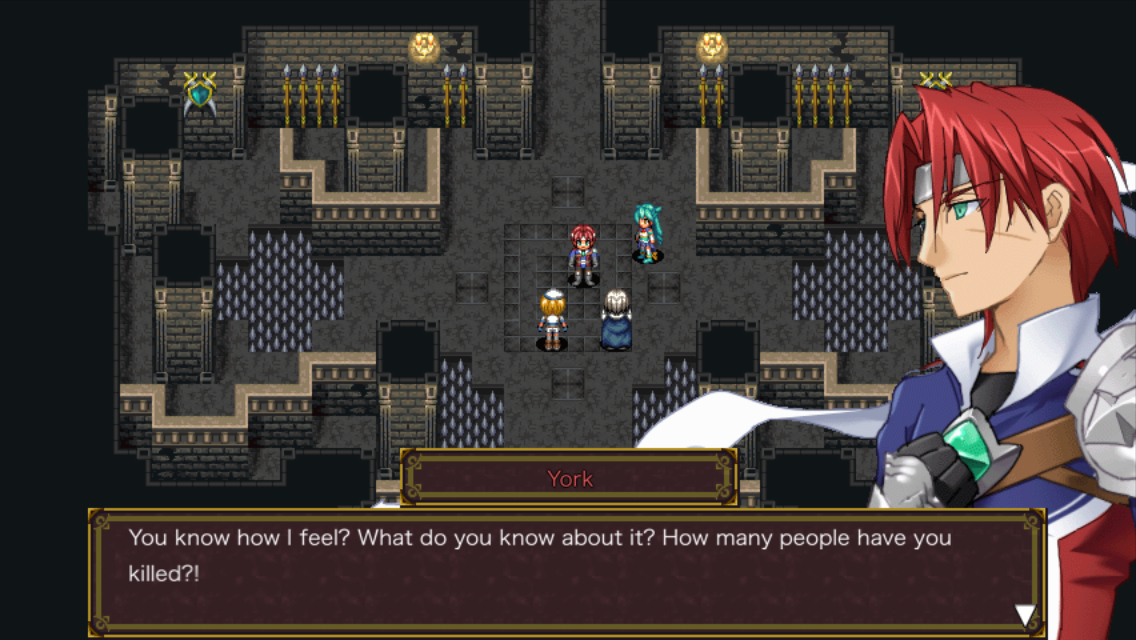 I wish I could see the same level of improvements, quiet or otherwise, in the irritating dungeon designs used by this team. They’re still overly long, full of long branches that lead to nothing of value, make extensive use of trap floors, and suffer from too much backtracking in the later parts of the game. Once again, you’re able to buy a relatively cheap item in the shop that completely negates the annoying trap floors, so I’m not sure why they bother using them at all. They’re a poor fit for a game that features tile-based movement and occasionally inaccurate controls. The game has a penchant for sticking a treasure chest with practically nothing of value in the middle of a bunch of spikes, a cruel trick that seems to work on me every single time. The encounter rate in dungeons is quite high, and as usual, the regular fights prove to be little more than lengthy fodder. This only adds to the grindy feel of the frequently-recycled paths to the bosses.

While I’m on the topic of dungeons, I should probably discuss the game’s IAPs. As usual, there’s a shop where you can spend the game’s premium currency on various items. The usual cheat items are here, along with two keys to unlock dungeons you can’t otherwise access. They’re not story-related, thankfully, but the game’s best weapons are in one and the best armor pieces are in the other. The prices for these keys are a lot more reasonable than what Magitec was asking last year, but translated into dollars and cents, you’d need to spend $2.97 on points to buy them upfront. You can earn these points in-game by fighting Soul Historica‘s take on metal slimes, rare enemies with low HP, high defense, and a habit of running away quickly. I’m not sure if I was just lucky or what, but I easily earned enough points to unlock both extra dungeons during the course of the game, with points to spare. 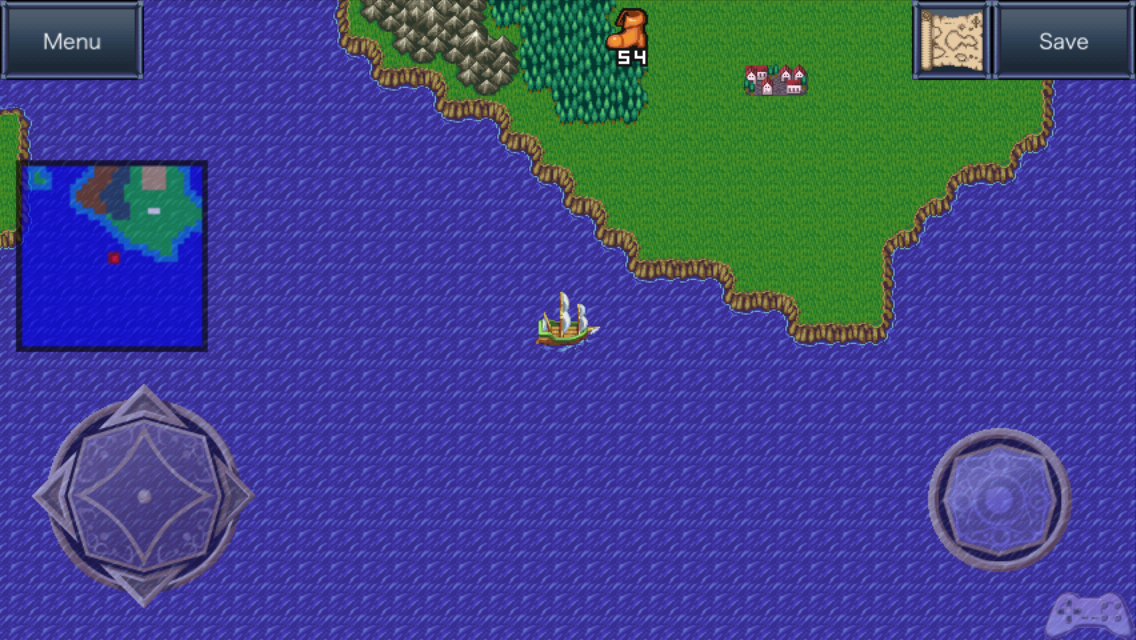 While I enjoyed the story of this game and I certainly appreciate the on-going efforts to put together a strong class system, the dreadful dungeon designs, creaky engine, and dry localization all keep Soul Historica from being as good as it could be. The combat system could use a shot of something as well, though I’d settle for the random encounters being trimmed or rebalanced to make them drag a bit less. It’s a decent enough adventure for fans of JRPGs looking for something to play, but I can’t help but feel this particular team is on the verge of something far better, and I hope one day they find it. Until then, you can count on Soul Historica to hold you over until the next Kemco release, if not much more than that.