Along with all the other new games that released tonight, Capcom has quietly snuck the iOS port of Phoenix Wright: Ace Attorney – Dual Destinies ($0.99) onto the App Store. Phoenix Wright: Ace Attorney – Dual Destinies, or Ace Attorney 5 for short, was previously a Nintendo 3DS exclusive that was released last year. Earlier this month an iOS port popped up on the Japanese App Store without warning, leaving us all wondering if it would eventually make it to the US. The very next day Capcom confirmed that Ace Attorney 5 was heading to the US, but their only response for the release date was “quite soon." I guess they weren’t kidding! 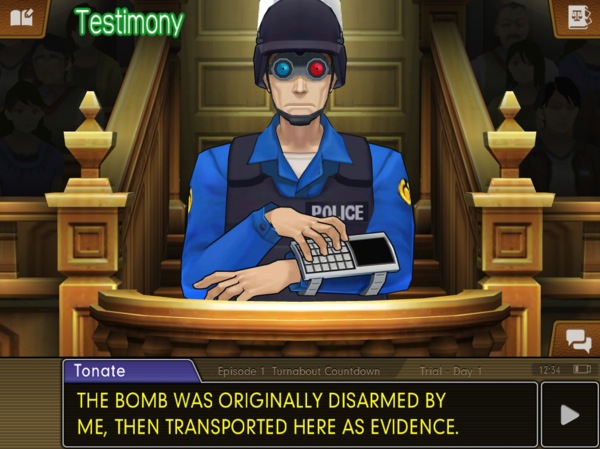 Ace Attorney 5 on iOS is free to download and comes with the whole first episode. If you dig it, the remaining 4 episodes can be purchased with a $15 in-app purchase, and there’s also an additional bonus chapter available for $5 that’s separate from the main storyline and is entirely optional. Our own Shaun was pretty excited for the iOS version of Ace Attorney 5, so we should have a review in the not too distant future. Until then feel free to stop by the forum thread for impressions from the community.