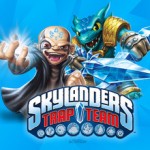 If for some strange reason you’ve spent the last few years living on a remote island being extra cautious about not reading any scraps of newspaper that might wash ashore and haven’t heard about Skylanders, here’s the deal- Originally released in late 2011, the Skylanders games, much like Disney Infinity orbit around a universe of plastic figurines with little NFC chips inside of them. You can put these figurines on another piece of plastic dubbed the “Portal of Power" and import them in to the various Skylanders games. It’s a cool idea, and neatly bridges the divide between toys and video games.

There’s a collection aspect to the plastic figurines too, with certain exclusive figurines only available from certain retailers or certain platforms. It’s a deep rabbit hole that has only gotten deeper with new “swap force" plastic figurines that allow you to switch the top and bottom halves for even more craziness. Additionally, there’s a few Skylanders games on the App Store: Skylanders Battlegrounds ($6.99), Skylanders Cloud Patrol ($1.99), and Skylanders Lost Islands (Free). 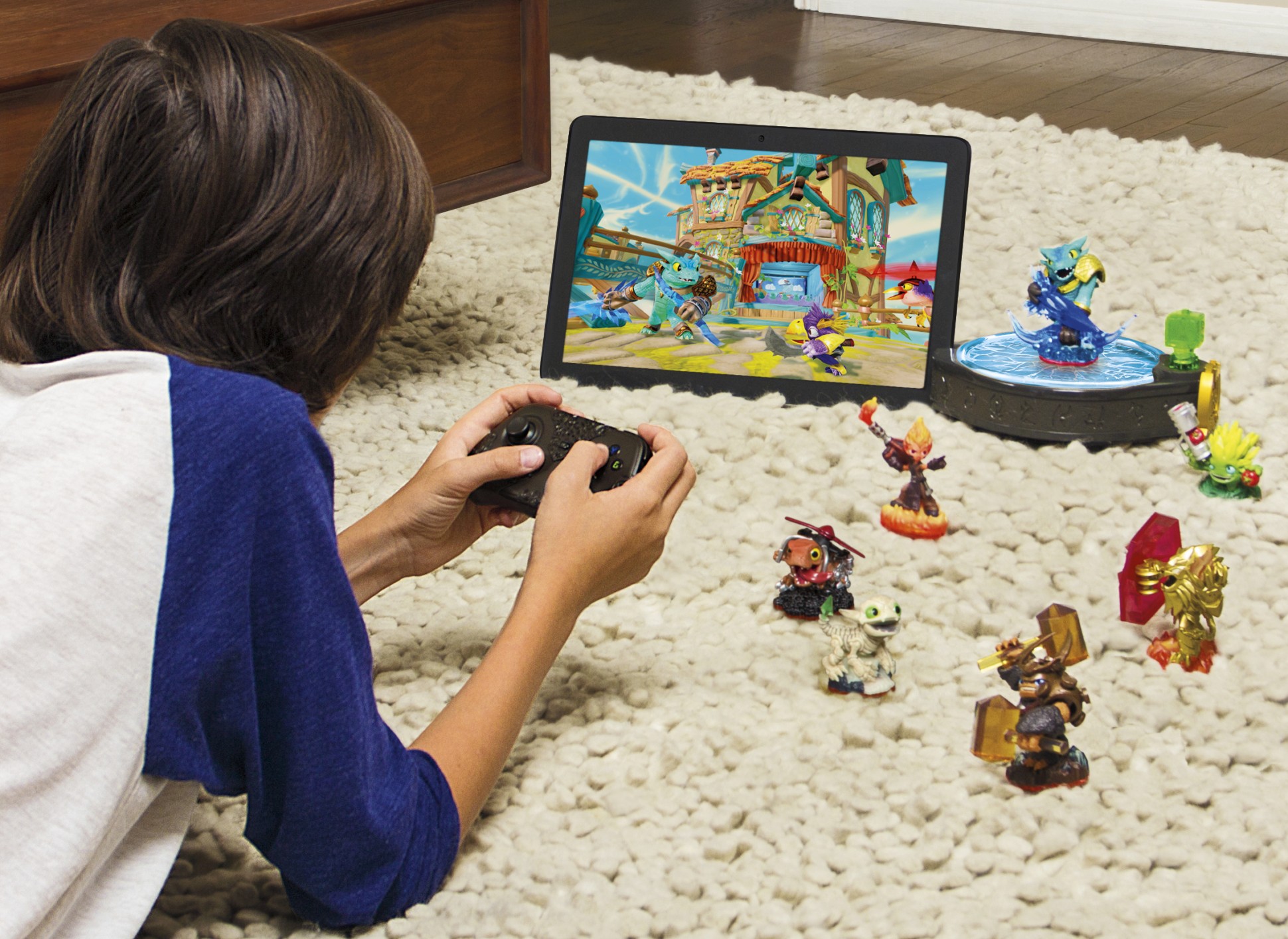 With the crash course in Skylanders out of the way, here’s why this is all relevant today- Activision just announced Skylanders Trap Team which features a tablet starter pack that you can preorder on Amazon for $74.99. (If you’re preordering games or game stuff anywhere that isn’t Amazon these days, you’re doing it wrong.) It’s a full Skylanders game for iPads, and they’re even releasing all the requisite pieces of plastic to make it work. Included in the bundle is a wireless portal to summon your dudes, a wireless game controller to play the game, a couple Skylanders plastic figures and traps, and of course, sticks and trading cards because why not. The Skylanders Trap Team game itself will be playable either using the included controller, or via on-screen virtual controls.

Now, I don’t play a whole lot of Skylanders, as I’ve reached a point in my life where I’ve actively tried to minimize the amount of plastic junk I collect, but this seems pretty rad to me. Then iOS game controllers were first announced back at WWDC 2013, we thought they had loads of potential, which still hasn’t really been realized yet. This year we saw a bunch of great ones at E3, but we’re still lacking any kind of “killer app" to drive controller adoptions rates to make them anything more than just an ultra-niche accessory.

Here’s a hands on with the whole thing from FamilyGamerTV:

Could Skylanders be the driving force behind mainstream iOS gamers getting onboard the iOS physical controller bus, or is the tablet starter pack doomed for a future in the clearance aisle like so many other physical iOS gaming accessories released before it? Only time will tell.