Last week, we got wind that animator and designer David O’Reilly, famous for his work on Spike Jonze’ Her, Adventure Time, and shorts like The External World, was submitting his first game to the App Store. In a rare Tuesday morning release, Mountain ($0.99) is now available.

OReilly describes his game as a “mountain simulator" and “relax ’em up." When he announced the game at Horizon earlier this year, he explained that “it’s designed to run in the background like it’s part of your desktop. You can do other things while you’re playing or interacting with Mountain." (The PC and Mac versions of the game were also released today, and also cost a meager $0.99.)

I’ve played Mountain for about fifteen minutes, just long enough to generate a verdant green spike with a cratered peak. Eventually, a thunderstorm rolled in and a swarm of neon fireflies emerged from the sparse pine forest that took root on one side of the mountain. You can rotate your tiny spherical existence on a few different axes or zoom out far enough to see your place in the cosmos. A tiny little music system is situated at the bottom of the screen, which apparently speeds up time. 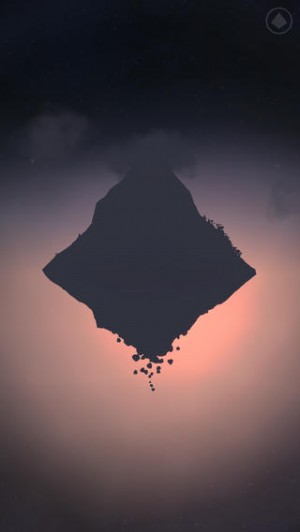 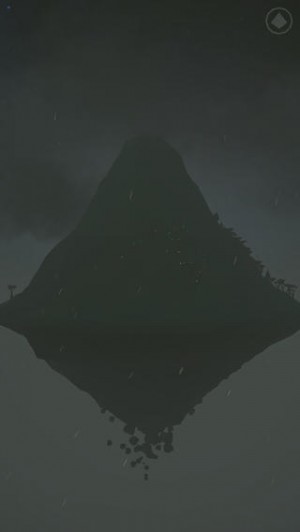 OReilly promises at least 50 hours of totally procedural content, but there is an “end." (Maybe the heat death of the universe?) Oh, and the specifics of your mountain are in part determined by a set of drawings you’ll be asked to do the first time you launch the app. Don’t do like I did and skip them.

If nothing else, Mountain is serene and calming, beautiful in its in indifference and steadfastness. Maybe that’s the point: once you generate one snow-capped crag, that’s it. You don’t get a re-do, so you may as well learn to accept your lot. After all, you’re just a pile of dirt in the universe.