Earlier this month, Apple created quite a stir in the iOS developer community as word was going around that the company was putting a stop to opt-in video ads in games that reward players with some sort of in-game bonus for viewing them. For example, Disco Zoo (Free), which will give you 5 extra chances to uncover new animals in the puzzle mini-game for viewing a brief Vungle ad video. The number of times you can do that is limited per day, and since the entire thing is totally up to the player to participate in, that particular method of incentivizing ads in games proved really popular with players. In fact, David Marsh from Disco Zoo developer NimbleBit wrote a great guest editorial for us about how these opt-in ads are right in line with their preference to respect their players, as opposed to obtrusive pop-up ads which are hated by most players as they interrupt the flow of gameplay in a game. 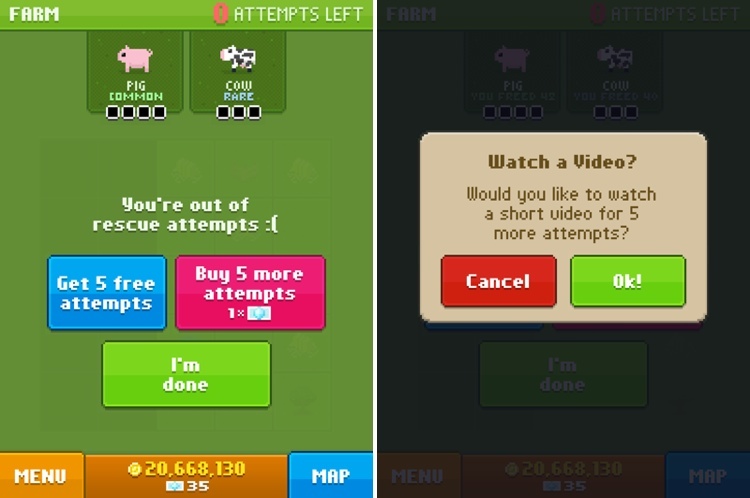 Well, good news: it seems Apple is backing off somewhat to that recent stance against incentivized ads, as according to TechCrunch Apple will no longer be rejecting apps with incentivized ads and will go back to reevaluate those apps that have already been rejected because of their policy change. Good news for developers who rely heavily on this form of monetization, but also good news for players who might not be willing to drop real money for something in a game but will happily part with a bit of their free time in order to watch an advertisement and gain a bonus in the game. Also, it’s worth noting that Apple is still very much against incentivized downloading of other developers’ apps, incentivized rating or reviewing of an app, or pretty much anything else that could cause download numbers or chart positioning to be manipulated. However, incentivized video ads like those described above as well as incentivized sharing on social networks like Twitter and Facebook will continue to be allowed.