Yesterday we posted about news of Apple cracking down on ads that reward players for viewing advertisements. NimbleBit has fully embraced this sort of thing, and if you’ve played Disco Zoo you’ve no doubt watched a few Vungle ads to get some free bux. NimbleBit and other developers would potentially be hit pretty hard, or need to make substantial changes to their games, assuming Apple goes forward with mass-rejecting games that incentivize players sharing their game or viewing in-game ads. NimbleBit’s David Marsh writes the following guest editorial:

In a perfect world we would not put ads in any of our games. The unfortunate truth however is that ads are an important part of being able to deliver people the apps they love for free. There have been rumors recently that Apple is considering banning a certain type of ad, incentivized video ads (or as we like to call them, opt-in ads).

NimbleBit has built a reputation on the App Store for making free games that are fun, fair, and respects players. We love opt-in video ads because we feel that they most closely fit those values, and we have transitioned to exclusively using opt-in ads because of it. This isn’t about money for us. We don’t make much more or less using opt-in ads than if we use regular, pop-up interstitial ads. We really do think it provides a better experience for players.

Nobody wants to see ads when playing a game, not the players and not us.

Pop-up interstitial ads assault the player, interrupting them while they are trying to play a game. It’s disrespectful to the player, and signals that we don’t respect the players time spent in our game. It also ruins the flow and immersion in an app. Opt-in ads are great because they can sit alongside an app as an optional extra without blocking the player from playing the game! 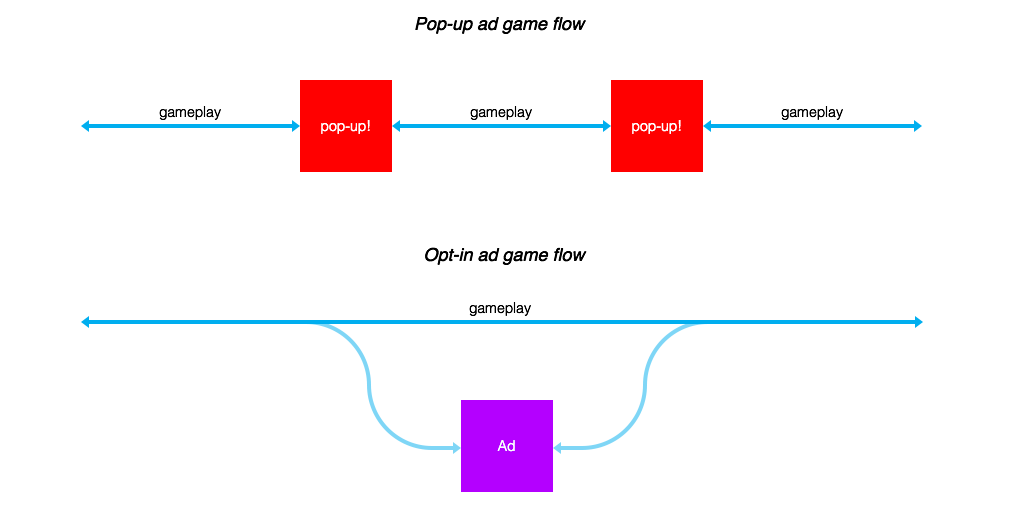 In the past when we have added pop-up interstitials to our apps, the response from our players has been pretty negative. From one-star reviews to warnings not to update our app because the update includes ads. In comparison, we have not gotten a single complaint about opt-in ads, except for people complaining when they aren’t showing up! The player response to the opt in ads has been overwhelmingly and universally positive.

The ads actually work as intended when they are opt-in.

The first instinct a player has when an ad pops up, blocking their game is to smash the close button. Players feel disrespected when an ad randomly pops up to interrupt them, and the result is that they have been trained to disregard ads. Opt-in ads provide a totally different context for advertising: 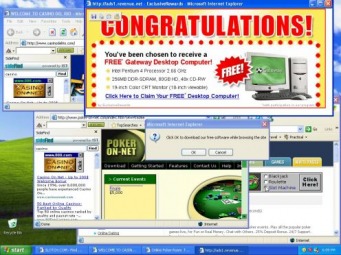 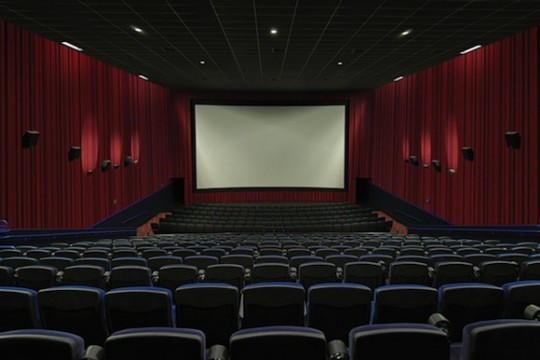 When an ad is forced on players, they only notice it grudgingly and many times if they do tap on it, it’s by accident. Pop-up ads have to compensate for this by being increasingly outlandish and attention grabbing in order to make the player stop and notice it. When players opt-in to watching an ad, they actually consider the ad for it’s content. Since they have agreed to spend 15 seconds of their time in return for something in the game, they actually make the effort to form a value judgement on the presented video. This does not incentivize downloading the app! It only incentivizes considering an ad, and it leaves the decision to download the app to the player. We often hear anecdotal evidence from players that while they have never (purposefully) followed an unprompted pop-up ad in any of our games, they have actually found a few interesting games through the opt-in video ads because they found the ad convincing.

Opt-in ads fit our mission of respecting players. We would hate to have to remove them from our games. If Apple does ban opt-in incentivized video ads, we would be forced to either go back to pop-up ads, or not replace them and lose out on a significant portion of our revenue. Here is a breakdown of where our revenue comes from:

If we did go back to using pop-up ads, we would expect a sizable backlash from our player community. We wouldn’t blame them. We hope that Apple doesn’t choose to get rid of these opt-in ads, our players like them and we like them too.

NimbleBit Co-Founder David Marsh can be reached on Twitter @nimbledave.