Here’s a nice surprise: Warner Bros. has just slyly released LEGO Marvel Super Heroes: Universe in Peril ($4.99) to the App Store. LEGO Marvel Super Heroes was released for consoles and PC last year, and is an action adventure title in a similar vein to previous LEGO games, but using Marvel characters. On handhelds like the Nintendo DS and PlayStation Vita, the game was released with the subtitle Universe in Peril, and it appears that the iOS version is a port of that handheld version. 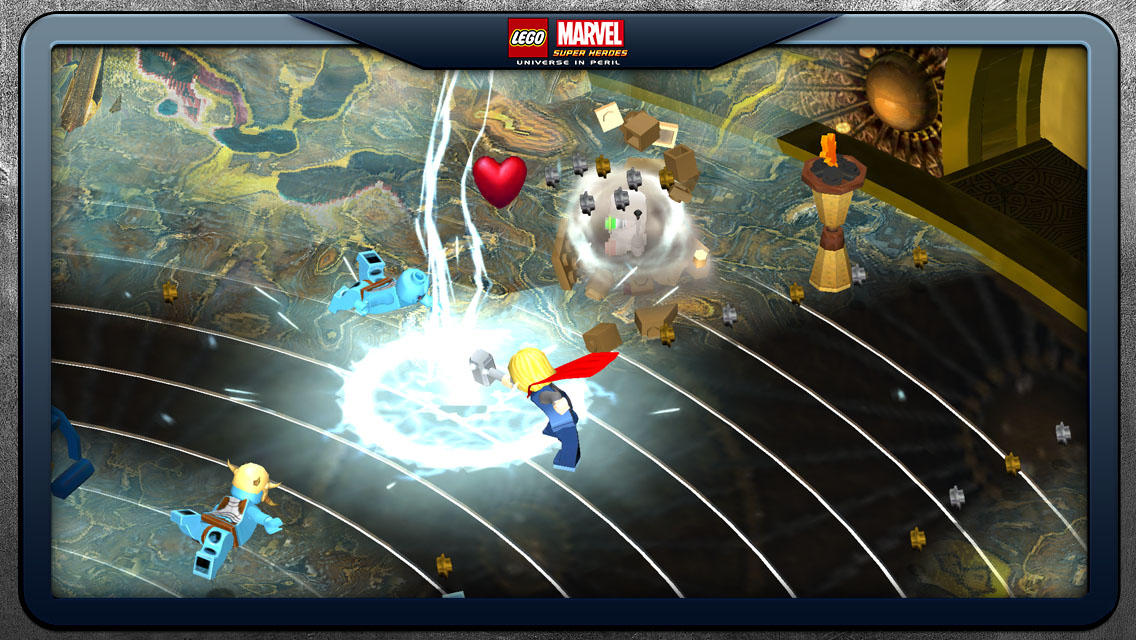 Pretty much all the LEGO adventure games are really good, and translate especially well to the touchscreen of the iOS platform. I feel pretty confident that LEGO Marvel Super Heroes: Universe in Peril will be good too, but we’ll of course put it through its paces first and should have a review in the near future. Until then, lots of impressions are starting to roll into our forums, so be sure to join in on that discussion.