Even on devices that survive and thrive using non-conventional control methods, tilt controls are somewhat controversial among players. Some people find them a bit hard to control or inaccurate, while others are unsurprisingly using their mobile devices outside of their homes and don’t want to draw attention to themselves. Those in favor of tilting usually point to the more natural feeling it sometimes offers, along with delegating fewer actions to on-screen buttons or sticks. Usually, developers who want to use the tilt feature do their best to accommodate everyone, but sometimes a game comes along where the tilt controls are inseparable from the game itself. A great example of this is the excellent Tilt To Live ($2.99), a game that typically appeals even to people who aren’t big fans of motion controls. Even in the case of that game, some people just aren’t convinced.

Quadblast (Free) is not likely to appeal to those people, since one of the elements it shares with Tilt To Live is that the game can only be played with motion controls. Like that game, it’s sort of an arena-based action game, though Quadblast takes a more streamlined, offense-based approach that makes the game feel less like a frantic game of dodging and weaving and more like one of effective destruction management. You are a white dot, and as chronicled in many other games such as Othello and Checkers, you are at war with the black dots for reasons that nobody quite remembers anymore. They vastly outnumber you, and sooner or later, you will meet your end at their relentless assault, but until then, you’re going to take out as many of them as you can, because when the lights go out, it’s all about that high score. 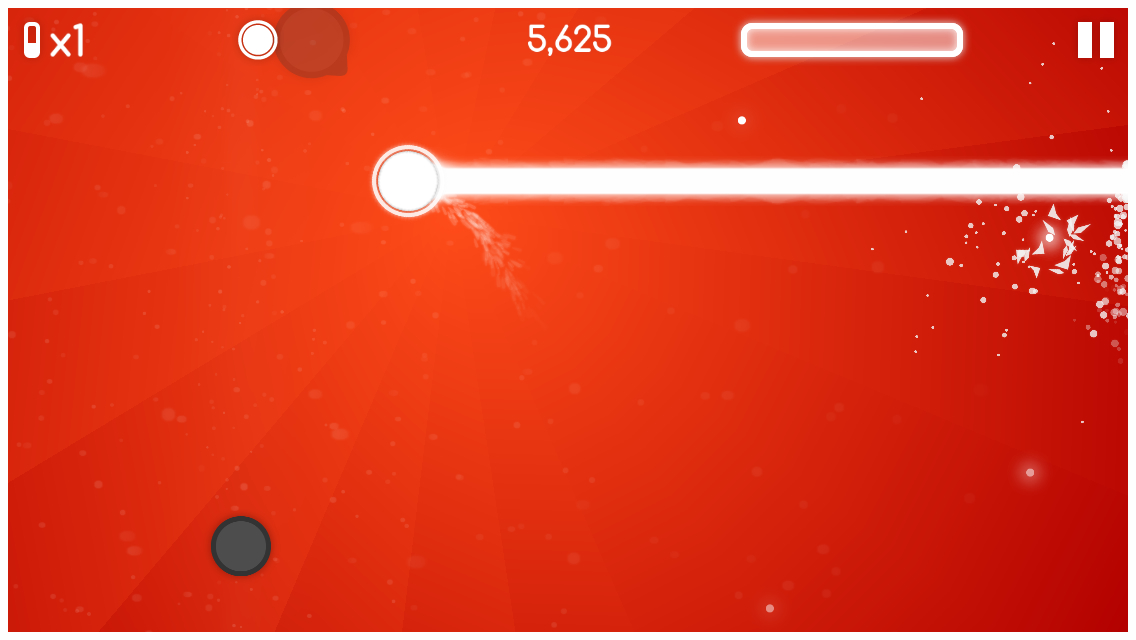 Okay, that’s my really fancy way of saying that this is an endless arena-based shooter, and one of the rare modern takes that doesn’t opt for twin sticks or some emulation of that layout. Instead, you tilt to move your white dot around, and can swipe in any of the four cardinal directions to begin firing your laser. It’ll keep firing in that direction until you tell it otherwise. It’s a very logical system to pair up with tilt controls, since you don’t need to keep your finger on the screen at all times. That said, making effective use of your laser requires you to change directions pretty frequently, so it’s not a good idea to get too used to being hands-off.

The enemies come in increasingly fast and dense waves, and can spawn from anywhere on the edge of the playfield. Unless you’re packing shields, a single touch is fatal, so it’s probably not a great idea to hug the edges of the field. When you destroy them, they’ll leave behind small dots that you’ll want to collect for two reasons. Collecting enough of them increases your multiplier, enabling you to reach higher scores, but they’re also a sort of currency that you can use to buy various power-ups for your dot. You can buy shields, increase your speed, upgrade the size of your laser, or even buy a handy item that lets you skip past the easier early waves and get into the thick of things anytime you want. This is where the game’s IAP comes into play, offering up a doubler for $1.99 or currency packs of various sizes. Any purchase will remove the ads the game sometimes displays after finishing a round. The doubler is recommended, since after you buy the first level of most of the power-ups, subsequent upgrades can get a little pricey without it. 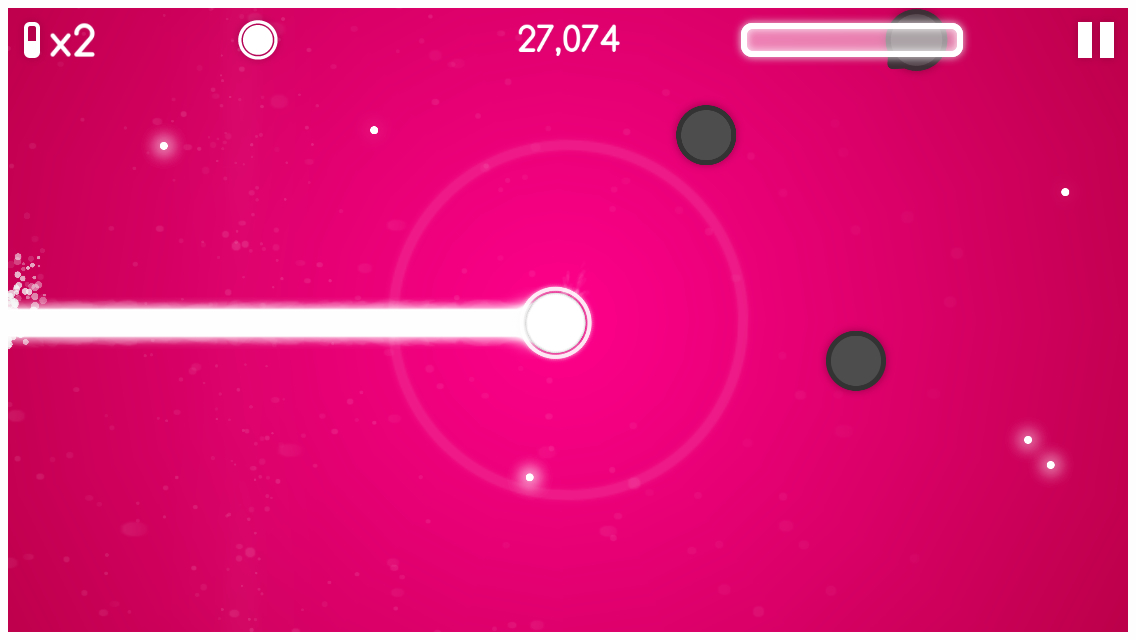 Aside from the main goal of racking up as high a score as possible, the game also has ranks that you can achieve by completing various goals such as collecting a certain number of orbs or surviving until a particular wave without firing your weapon. Quadblast also has Game Center support, with a handful of leaderboards and a list of interesting achievements to earn. It’s very quick to restart when you die with one press of a button, which is important for any endless scoring game but not always considered.

If you enjoy arena shooters and don’t mind tilt controls, Quadblast is an excellent, straightforward challenge with a nice sense of style. The combination of its direct action and unusual controls help the game stand out from a fairly busy genre on iOS. If you don’t like tilt, well, the nice thing about Quadblast is that you can try it for free to see if it works for you. It’s got a lot of fans in our forums, so feel free to check out the thread for some other impressions or Game Center competition.