Remember Mos Speedrun ($0.99)? Well, it’s getting a sequel. The speedrun platformer that predates such games as Mikey Shorts ($1.99) and even featured video recording well before Kamcord and Everyplay started to implement it, has a sequel in the works from Physmo, after the PC game The Dungeoning. The first (early) screen of the game is below: 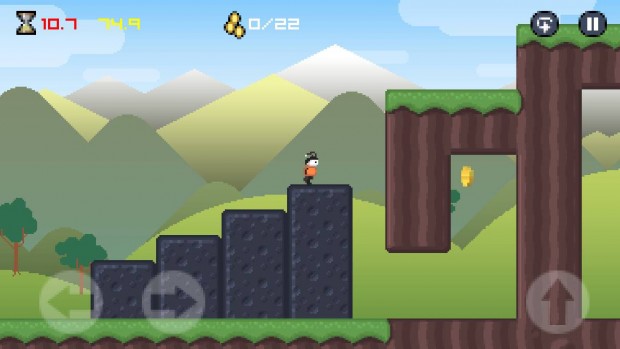 Physmo’s keeping things close to the est as far as what the game’s going to entail, but expect a bigger game with more secrets to discover. And, of course, more challenging levels to speed through as quickly as possible. There’s no scheduled release date yet.