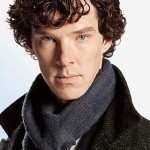 iOS 8 and OS X Yosemite will have a feature for capturing video straight to QuickTime. This was revealed in the new App Preview guidelines, as a way for developers to easily make video previews of their apps for the iOS 8 App Store.

An iOS 8 device plugged in via USB will show up as a camera device which can have its screen be recorded in QuickTime, and then edited for App Previews, though this may just be available to all users, potentially sherlocking Reflector, the tool that turns computers into AirPlay Receivers.

If released for Windows as well, this could make streaming and video capturing of iOS games a lot easier and more widespread without the need for external capture cards. This could prove to be a killer feature for developers and gamers looking to create video of iOS games.