During PAX East earlier this month, Harmonix announced that they were working on a new rhythm game for mobile devices. Called Record Run, the game is an endless runner that uses your own library of music for its gameplay. Over the course of the past several days, Harmonix has soft-launched Record Run in the New Zealand, Australian and Canadian App Stores. The App Description promises a fun cast of characters, upgrades and unlocks, and even asynchronous “song battles" against friends online. 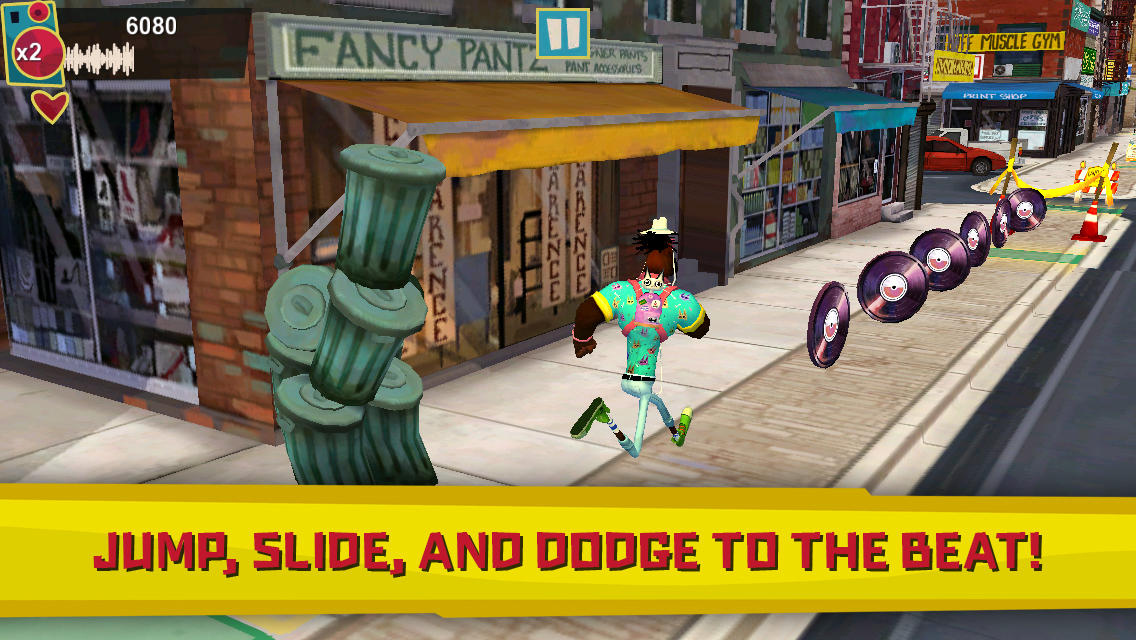 If you have access to a Canadian, Australian or New Zealand App Store account, Record Run is free to play so you can simply dive in and check it out for yourself. There’s also some early impressions rolling into our forums, and I’d imagine that the worldwide launch of Record Run shouldn’t be too far off so expect it in the coming months.