Here’s something neat I found over the weekend: it’s called Miniverse, and it’s an action-puzzle game in development from a two-person team calling themselves Coding Cat Games.

In Miniverse, your goal is to ferry stranded people through a treacherous area of space by plucking their planets out of orbit in your cosmic claw and moving them elsewhere. Eventually, this gets complicated. Some planets will get too cold and freeze over if you move them too far away from a star, while others explode after a period of time. Sometimes, there are giant pink lasers being blasted around, instantly vaporizing anything they touch.

The action is easier to understand once you see it in action, so Coding Cat were smart to put a giant animated .gif up on the game’s website. Other .gifs peppered through Coding Cat’s development blog (hosted on the TIGSource forums) show off how a star’s energy radius grows and shrinks, or how to use a shield to navigate through enemy fire. 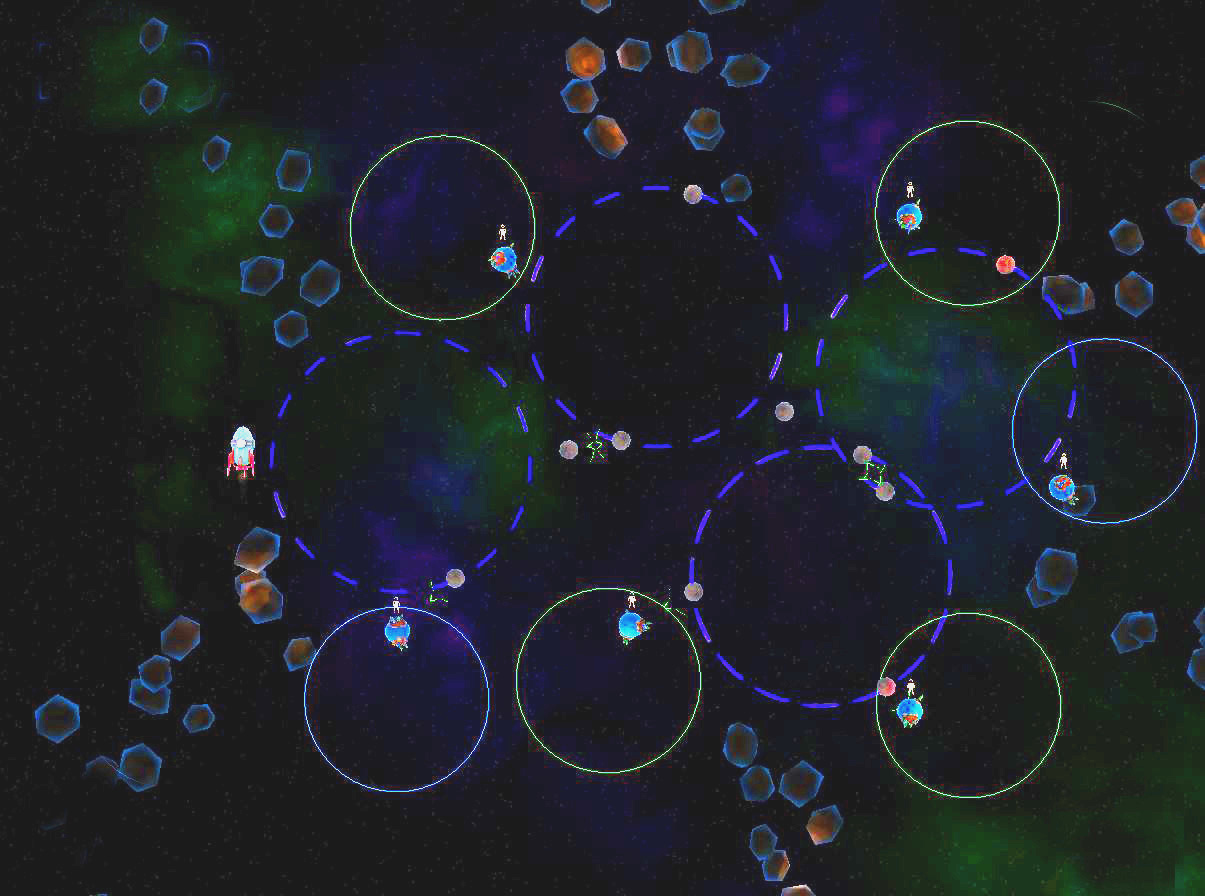 Other than that, details are pretty sparse. Still, I like the art, and while Miniverse vaguely reminds me of something like Bennet Foddy’s Evacuation (Free), I can’t really think of any other game quite like it. That counts for something, right?

There’s no release date in sight, but Coding Cat is developing Miniverse for iPad, PC, and Mac. We’ll keep our eyes to the stars as new info comes out, though.