Point-and-click adventures don’t really fall under the descriptors “action-packed”, “fast-paced” or “adrenaline-fuelled.” Yet very often great games are singled out as so for these reasons alone. So when it comes to a decent point-and-click game, the factors are largely different. This can be anything from how the game looks, to the story it tells, and even the puzzle designs used within the game. Tiny Space Adventure ($0.99) is an example of a game that combines all of these elements; but what aspects in particular make this game such an enjoyable little package?

You play as a little guy who’s crash-landed onto a planet on his journey into space. Unfortunately, this planet is inhabited by many dangerous enemies and numerous treacherous hazards, so if you thought escaping was gonna be easy, think again. 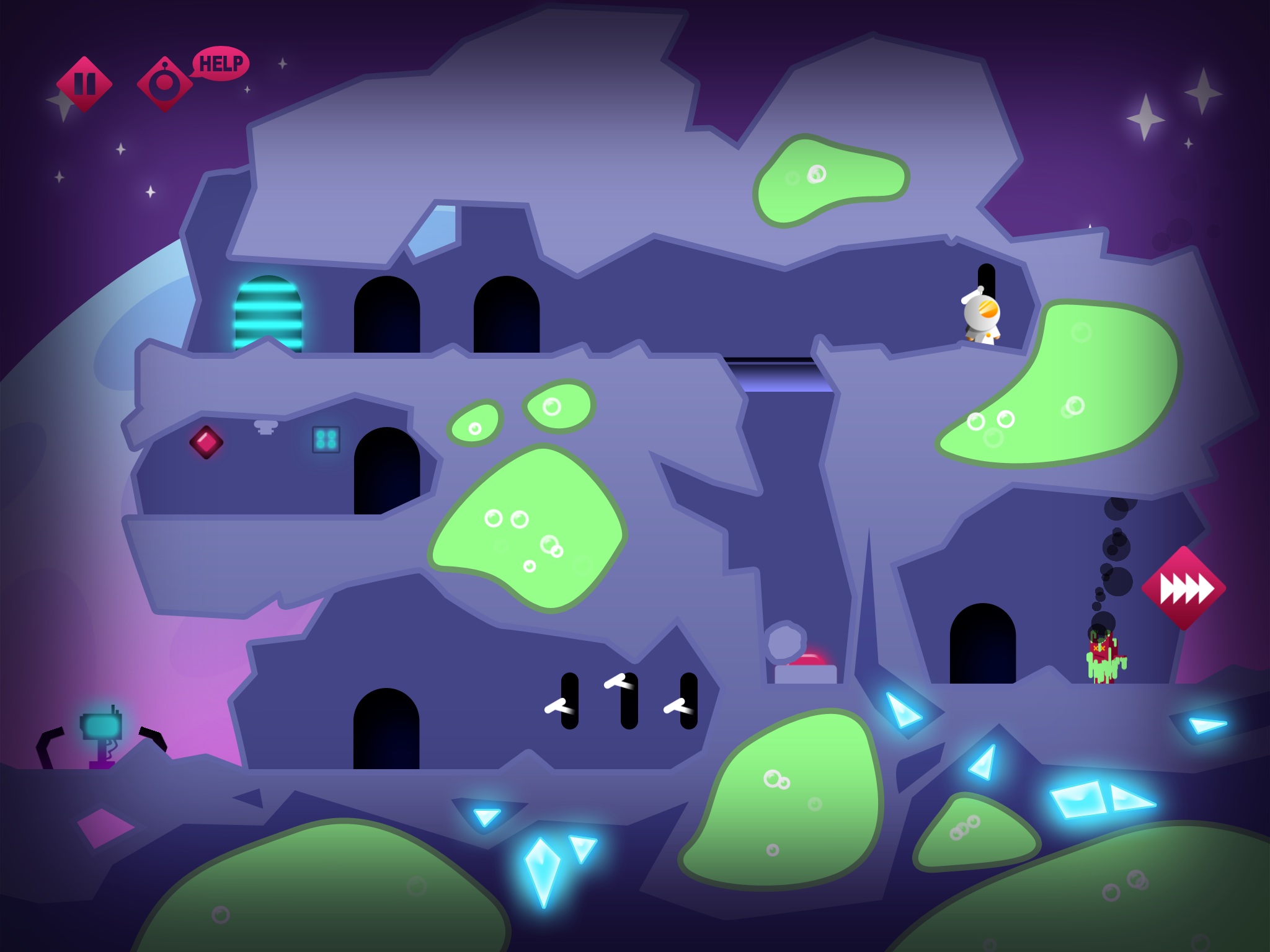 Essentially a level-based puzzle platformer, reminiscent in part of Rovio Stars’ Tiny Thief, Tiny Space Adventure involves navigating your way around a series of platforms by passing through doors and avoiding various death-inducing situations in order to reach the exit. You’ll find yourself pushing buttons and pulling levers in order to advance, and sometimes even backtracking to flick a switch back and unlock a different door. A lot of the levels are solved simply by trial and error; learning which doors lead to your death, and what each lever and switch essentially does. Timing is also an essential rule of play here, as one wrong move can end up with you reduced to ashes by a laser beam or shot in action by a killer robot. 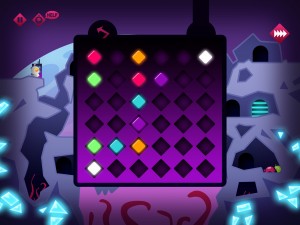 Each level requires you to find a specific number of aliens who will pop their head out at specific times whilst you play. If you keep your eye out, there’s also the random bunny to collect for bonus points. Sometimes the aliens can be difficult to find before you reach the end of the level. I also found that tapping on the alien would sometimes translate to walk in “that” direction, and I’d end up unintentionally killing my character without meaning to just by walking into a red-hot laser beam by accident.

There are numerous elements added to each level in which to advance and each level is interesting and diverse in its own way. No two levels are ever the same; each puzzle is solved in a different manner, and there’s a whole variety of tactics you can employ along the way. Mechanics of play constantly change as new elements are added as you progress. The game does a good job at surprising you and keeping you constantly on your toes.

The music isn’t much to write home about, but then it doesn’t detract from the gameplay, and its space-inspired sound effects are probably as sci-fi as you can get. I rarely play with the sound on in any case unless the game is fully voice-acted, so this wasn’t so much of a huge deal for me.

Remarkably designed and developed to a high standard, everything runs smoothly on the iPad Air, with no signs whatsoever of crashes or glitches along the way. This is a game that’ll keep you busy for some time, and although it feels like it’s over before it’s begun (more due to the fact that it hooks your attention through to the end), the promise of further levels in the near future is definitely a good reason to come back and keep playing.

Tiny Space Adventure is really enjoyable, visually striking, and provides players with just what they desire – a good solid platform puzzler with no unnecessary clutter.