Foursaken Media’s ambitious, genre-blending opus Bug Heroes 2 ($1.99) has just received its latest update, and chief among the new features is an awesome tower defense-style mode that practically feels like an entirely new game in and of itself. To back up a bit, Bug Heroes 2 originally launched back in February and, to its detriment, was a free to play title. What I mean by that is that it was a little too generous to players, and showed early signs of being a financial failure despite being an incredible game. Foursaken quickly bumped the price up to a dollar, still an incredible deal for a game of this caliber, and ever since have been diligently updating the game to address some of its other early issues. These mostly consisted of tweaking the difficulty and character unlocking system so they were more fair. 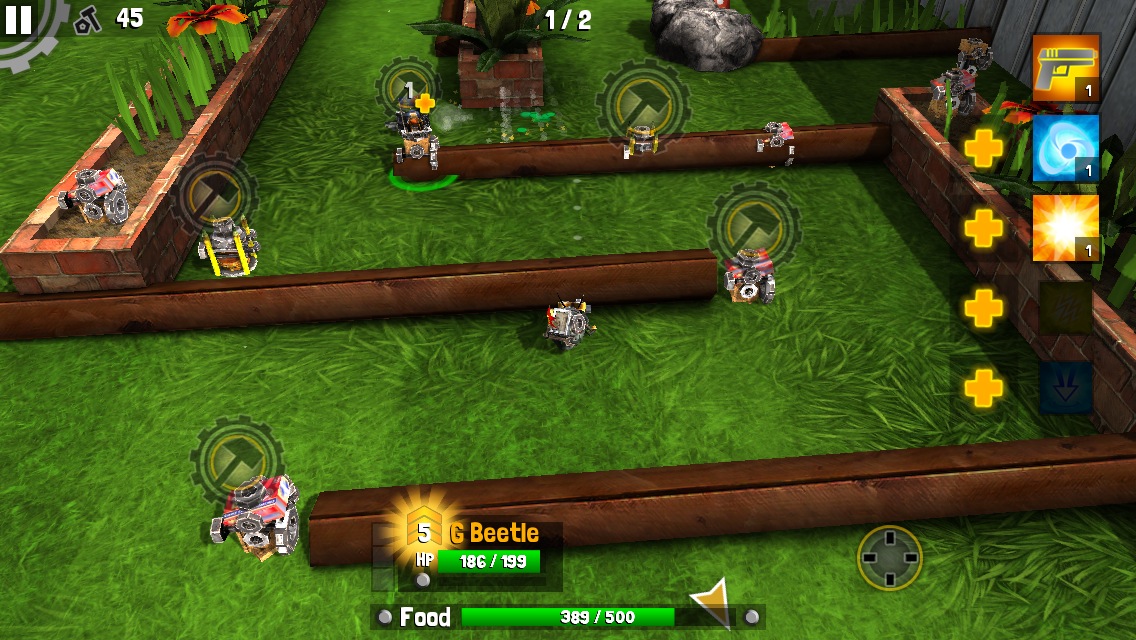 In regards to the stiff difficulty of the game, that’s been addressed in a big way in this latest update. Not only have the higher star difficulty missions been made easier, but there’s now a larger number of available missions at any given time. Previously, you were given just three different missions to choose from at a time, and if the game accidentally stuck you with a mission or two that were too difficult for your current level, you’d either have to purposely lose a mission a few times in order to trigger an easier version of that mission or wait about a day for the random mission assigning system to give you another (hopefully easier) mission. Now, the level assigning system should be smart enough not to give you something that’s too difficult for your current level, and if you do butt up against a particularly hard mission, you’ll have a greater number of different missions to choose from so you should never be completely stuck.

As nice as that is, the star of this update is definitely the new Turret Defense mode. It consists of a twenty mission campaign as well as a new character, Garden Beetle, which is exclusive to this mode. Garden Beetle feels like a mashup of several other characters, and is a great all-around character to accompany the tower defense gameplay. As you can see in the screen above, this mode plays very similarly to a traditional tower defense game with many turret build points, a maze-like pathway, and enemies which approach in waves from various entry points on the map. Once you’ve beaten all twenty campaign levels, you’ll unlock an endless mode for Turret Defense complete with Game Center leaderboard. 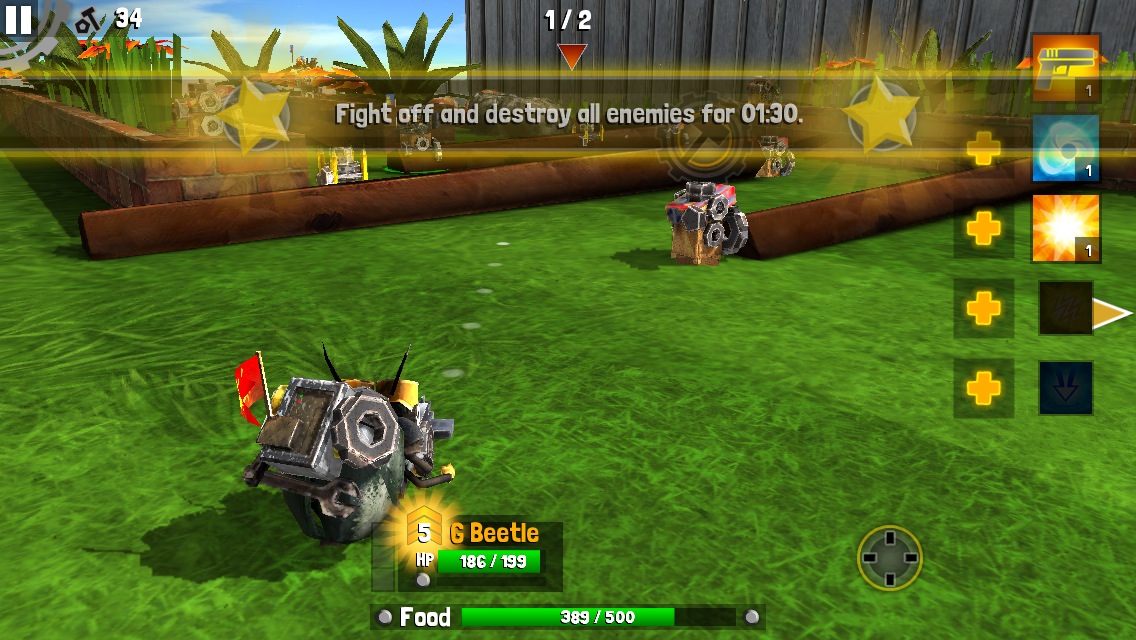 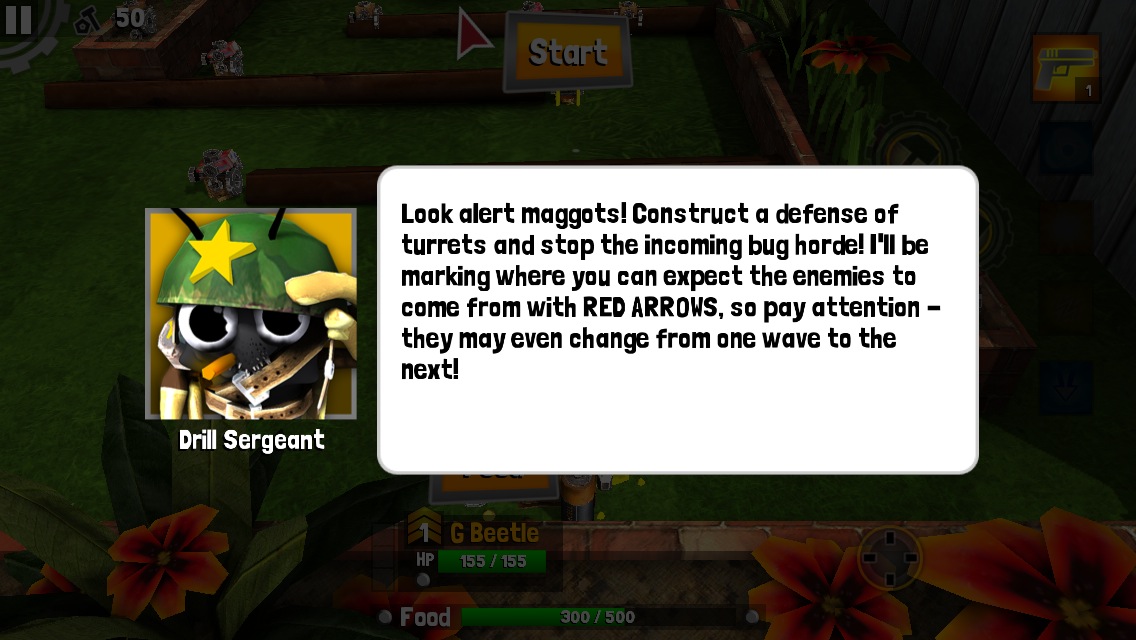 For everyone always pining for “console-like" and “hardcore" games on iOS, Bug Heroes 2 is the real deal. This latest update reinforces that with a fun new mode and loads of tweaks and balances. It’s been one of the most popular games in our forums since its release, and if you haven’t checked it out yet or were waiting for some of the early rough edges to be smoothed over, now is the time to dive into Bug Heroes 2.