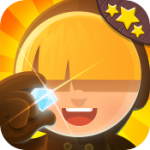 Who plays point-and-click adventure games for the gameplay? I don’t. I’d rather be jumping, shooting, slashing or racing. No, I play them for the package. The look, sounds, mood, story and characters all matter more when a game consists of interacting with a static environment. Well, 5 Ants has developed one amazing package in Tiny Thief (Free), published by Rovio, the second in their Rovio Stars initiative. It’s good to see Rovio using their powers for good.

In Tiny Thief, you guide the titular burglar as you purloin a wide variety of objects. Players navigate the thief and interact with the environment using touch controls. You can’t get caught, and have to avoid, distract and defeat guards. The gameplay is similar to Samarost, but way less weird and obtuse (nothing against weird or obtuse). You set off chain reactions to get guards and obstacles out of the picture, and take what’s wrongfully yours. 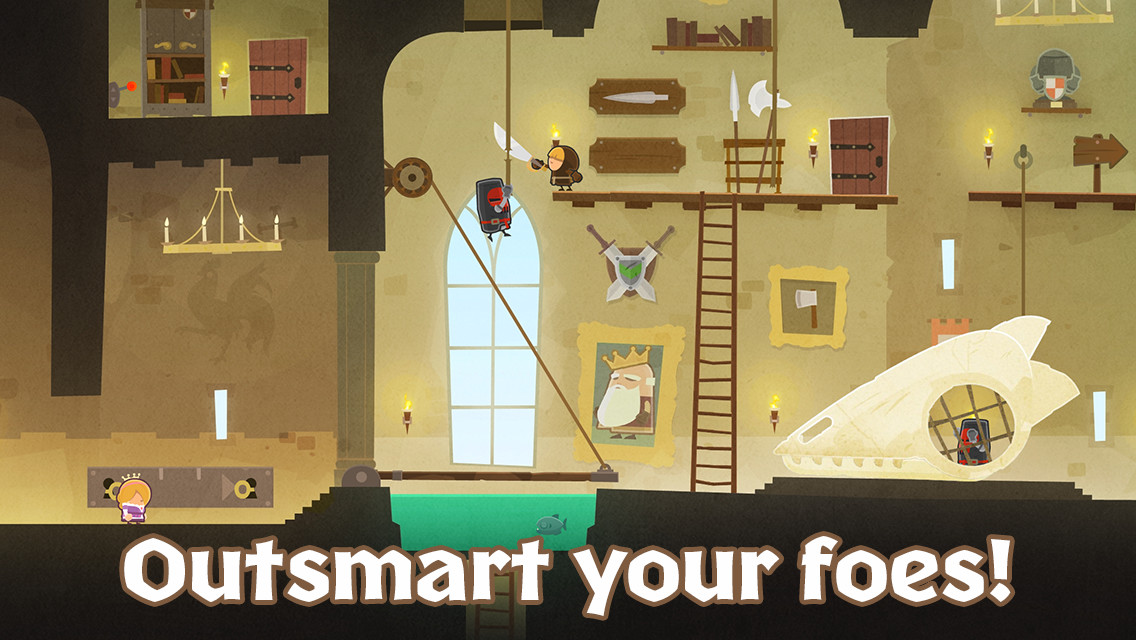 Consider one of the pirate-themed stages. You’ve got to switch a pitcher of water with a sleepy potion, get the waiter to think the pirate is asking for water via a pulley attached to a parrot that squawks to alert the waiter. And in that same level, for some reason there’s a guy on a platform with a playable Three Card Monte. Because why wouldn’t there be? I could go on, but it’d spoil the surprises, and the main pleasure of this game is the surprise.

Tiny Thief oozes goofy charm. There are dozens of characters, and every level is vastly different from the last, although clearly set in the same light-hearted universe. Sure, there are tropes so old they could be antiques (we’re still doing the damsel in distress thing, I guess?), but they’re handled with a playful personality favorably comparable to The Princess Bride. It’s a completely non-verbal universe, but Tiny Thief speaks loud and clear through the visuals, detailed settings and winning character designs.

Though Tiny Thief looks like it was designed with children in mind, that’s not necessarily a bad thing. It’s cute, but never saccharin or pandering, and the gameplay is simple enough for unskilled dum-dums like myself to find enjoyable, and yet there are plenty of extra items to find, adding depth to the experience. 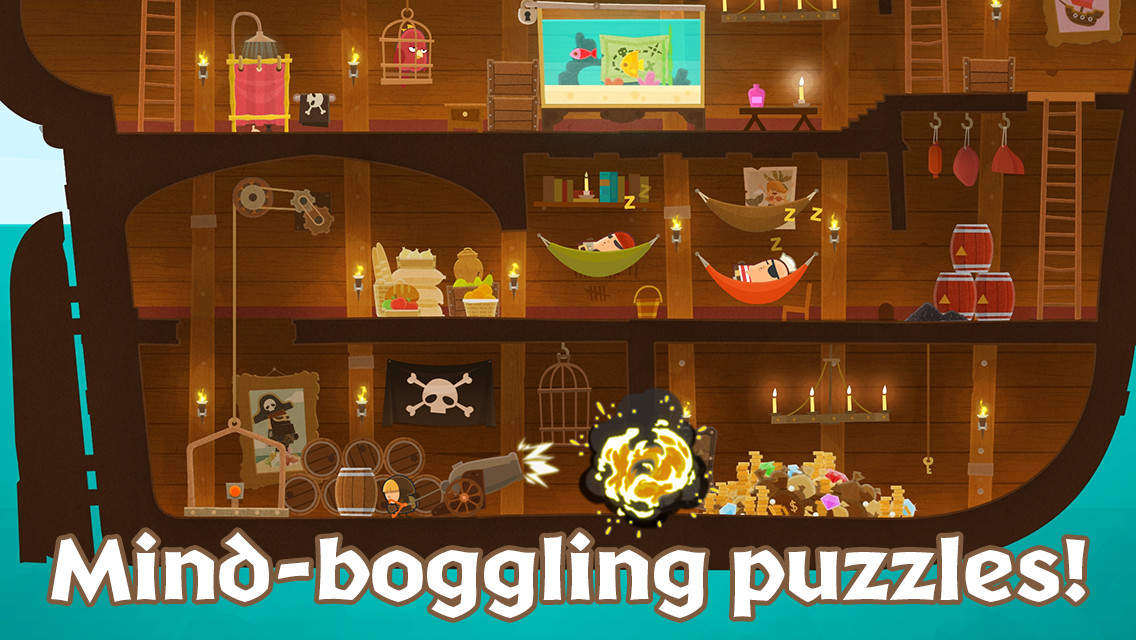 The items are fine, but it’s not the collecting that makes Tiny Thief so compulsively playable. It’s the satisfaction of experience. It’s watching a chain reaction lead to a delightful bit of physical comedy or weirdness, making all that time looking for the hollow spot on the wall becomes worth the time. I didn’t need to find every single item on every single level, but I wanted to, just to see every possible Easter egg.

Unlike Space Quest IV, Maniac Mansion, and every other Sierra Adventure title that delighted and infuriated, Tiny Thief is beatable for the layman. So finding those nooks and crannies aren’t the herculean task they might otherwise be. The gameplay might be trial-and-error, but but because there are levels splitting up the action, and because getting caught by guards doesn’t take you back more than a couple of steps, making a mistake isn’t a big deal.

5 Ants have streamlined the adventure game. The touch controls are straightforward and flawless. You can carry items, but there’s no inventory. If you have the necessary item and you can use it, the game will tell you. It may lack the depth of Sam and Max Hit the Road, but it’s never as infuriating, either. Tiny Thief never felt like it was wasting my time, even on levels that stretched 20 minutes and beyond. The animation was always fluid and smooth, the sound design peppy, and there’s never a shortage of ideas.

There are five tutorials, which barely count as levels, and another 25 stages across five worlds. I was shocked by how well every level distinguished itself, even within worlds. Every new screen was like beginning a newly reset game of Mouse Trap, but with setup exorcised in favor of pure Goldbergian fun.

In the world of Tiny Thief, every stage is a brand new cartoon, waiting to be animated, and you always get to play the Bugs Bunny, always with the upper hand against every authority figure. Every time I tricked some evil rube, I kept expecting the wordless thief to turn to the camera, raise his eyebrows and ask, “Ain’t I a stinker?" Yes you are, tiny thief. Yes you are.