Flappy Bird haters: avert your eyes. All good? Ok. So the crazy Flappy Bird phenomenon has died down quite a bit since creator Dong Nguyen pulled the game from the App Store last month, but as we’ve seen with the likes of the Flappy Jam, some really awesome games have come from it. Noodlecake Games have thrown their Flap in the ring with their brand new release Flappy Golf (Free), itself a product of the Flappy Jam. It takes a similar structure and all the courses from their 2D golfing game Super Stickman Golf 2 ($0.99), but instead of aiming and determining the power of each individual shot you’re simply flapping your ball along trying to get it in the cup. The goal is to get in the cup in as few flaps as possible. It’s a simple idea, but it works really well and is a lot of fun. 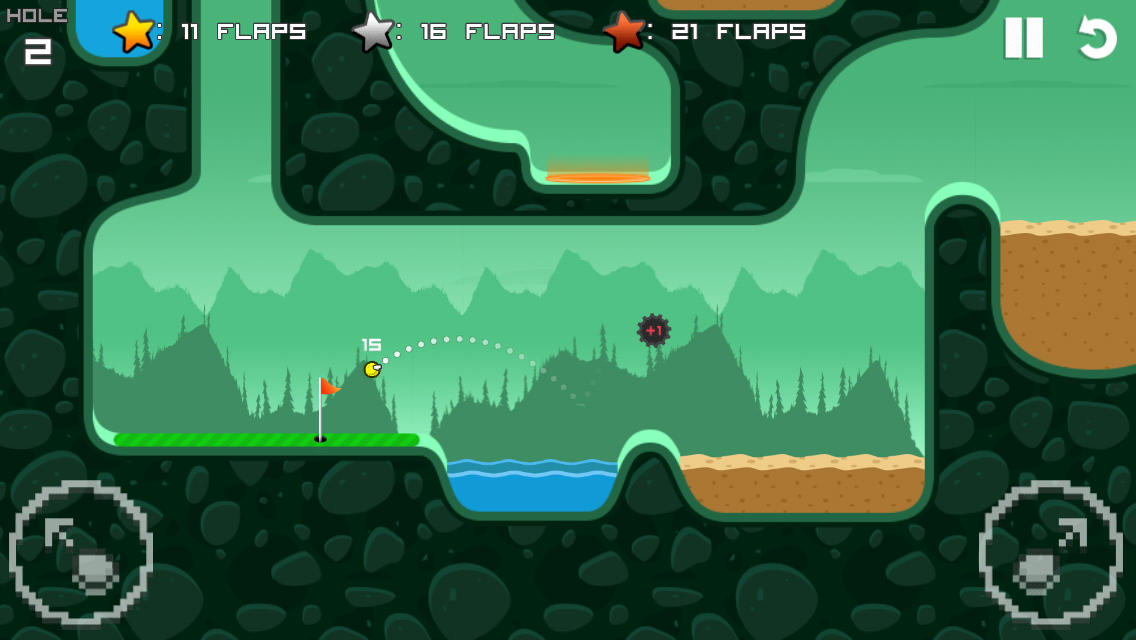 Like Flappy Bird or hate it, Flappy Golf is something you should try out. It’s a simplified but still fun game of golf, and it’s completely free without IAP. In fact, I actually kind of wish it DID have an IAP to remove ads, but they’re not so obnoxious that they diminish the experience. Flappy Golf features more than 30 courses with 9 holes each, so there’s a ridiculous amount of content to play through, especially for free. Also, you have the ability to flap both left and right, and doing both in quick succession will cause you to flap straight up, so there’s some subtle strategies to getting the best pars on each course. If you need something new to pass the time while you wait for the release of Hodappy Bird on this otherwise uneventful Tuesday, give Flappy Golf a download.