It’s been quite some time since iOS users have explored the world of Spiderweb Software’s Avadon ($9.99). After the release of the original adventure in 2011, the classic RPG developer has spent the last few years introducing iPad owners to its original Avernum series. Now, fans of the series get the opportunity to return to the Black Fortress in Avadon 2: The Corruption ($9.99). Continuing the impressively high standard of previous Spiderweb RPGs on iOS, Avadon 2 is another fine addition to iPad RPGs and a must-own.

After the events of the first Avadon title, the Black Fortress is no longer the ultimate power in Lynaeus as it once was. That loss in standing has lead to a destabilization within The Pact, an alliance of five nations. Now with a warring faction known as the Farlands coming into play, things are looking a bit bleak for the once “peaceful” group of nations. It’s within this backdrop that you’re dropped into Avadon 2. As a local scout for a Pact member-state, you’re tasked with learning the ropes for how to track enemy patrols with a senior scout member when all hell breaks loose. Spiderweb Software titles have always had a penchant for excellent narration and story telling and, considering the above is unveiled in the first ten minutes of play, Avadon 2 is no exception. 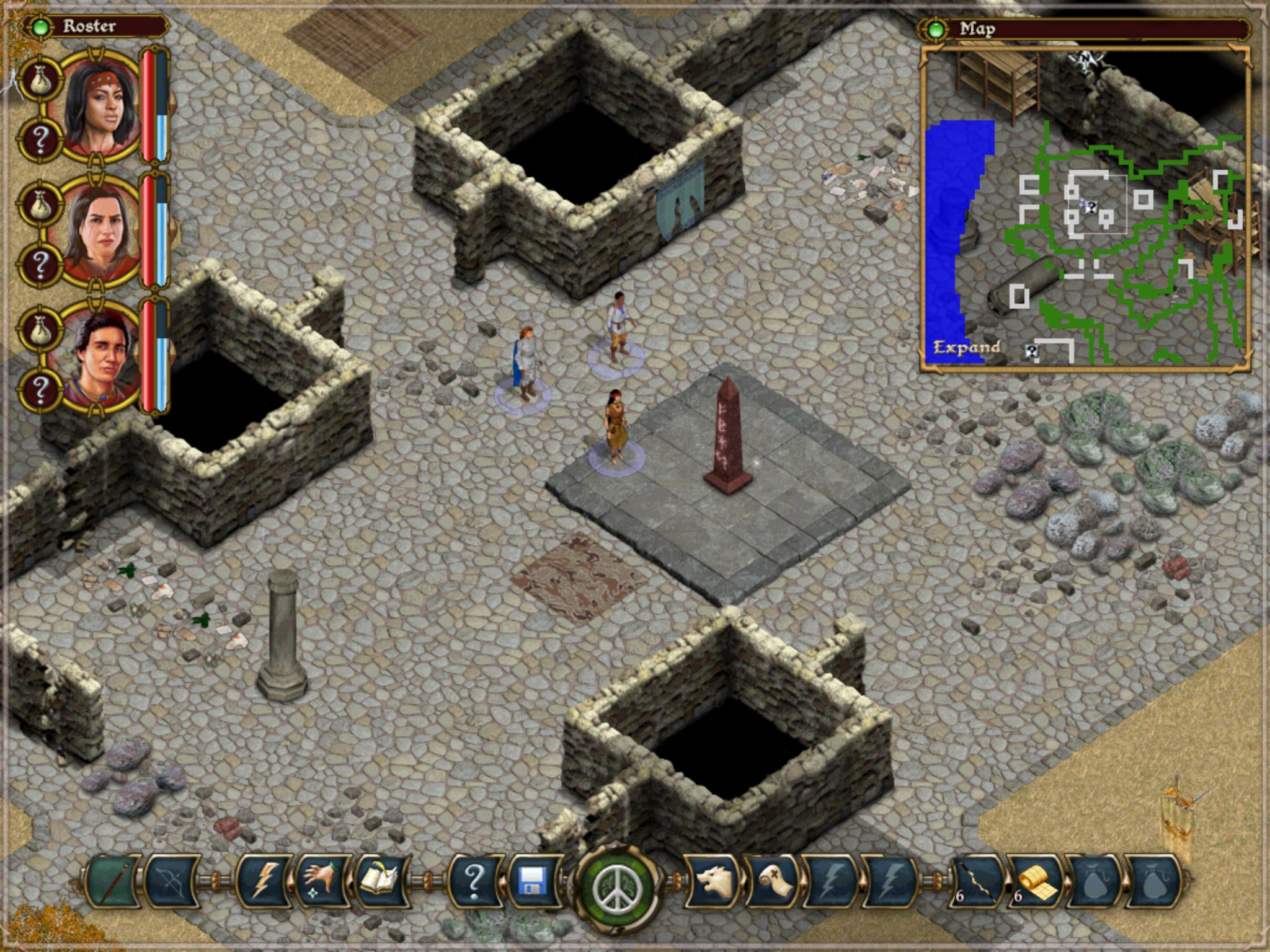 We gave high marks to Avadon’s old-school RPG gameplay, and this sequel does little to rock that proverbial boat. In fact, the only major change I can think of is the introduction of the Tinkermage, a new support class that allows abilities like building turrets that attack enemies, buff allies and more. It may seem like a small addition, but it’s actually one of my favorite classes in Avadon 2 and adds a lot of potential in terms of new strategies and tactics. Otherwise, Avadon 2 has the same turn-based combat, deep inventory system and streamlined character development (at least compared to the classic Avernum titles) that we saw in its predecessor.

That may be the sole complaint that some have with Avadon 2. A great deal of the enemies, tile sets, and sounds are recycled from Avadon: The Black Fortress. However, if you’ve played any games in the Avernum or Avadon series, you’ll know that the engine itself is purely secondary to the overarching tales being told. In this regard, Avadon 2 succeeds excellently. The moment you fire up a new game, the weaving tale keeps the player invested in learning about the world and working towards that next objective. Of course, countless side quests offer a lot of opportunity to get lost in the world (and earn some extra loot in the process).

While one can probably bypass most of the optional content, I highly suggest playing through it if only for the experience and potential loot. Being an old-school RPG, Avadon 2 has a tendency to be pretty unforgiving (particularly at higher difficulty levels). This is especially the case as its auto-save function doesn’t auto-save as much as one might think, meaning an errant party wipe could potentially lose a significant amount of progress. Thus, do as many quests as possible to minimize the chance of a wipe, and save manually as often as you can. Saving in games like this always ends up being a discussion, but folks playing an old-school game like this really should know by now what they’re getting into.

Personally, I’m a bigger fan of Avadon 2 than its predecessor for a few subtle reasons. The game’s first half hour acts as a well-done tutorial and I think gets new players into the mix a lot quicker than other Spiderweb games and continues their recent penchant of making more approachable old-school RPGs. In addition, the setting of being in the middle of what is essentially a civil war is far more intriguing than the original Avadon. The narrative pace picks up quickly, doesn’t let go, and provides proof of the greater narrative quality in this sequel.

I could go on about how Avadon 2 is another fine example of classic RPG gameplay on the iPad but the simple fact is if you’ve enjoyed any other Spiderweb Software games, you really need to check out this sequel. It’s probably my favorite offering from the developers and a great example of not only an awesome old-school RPG but also a pretty good port.