Unless you’ve been on some kind of internet rage detox program and haven’t been following the latest drama in the gaming community, you’ve no doubt heard of the overwhelming uproar over the EA’s new Dungeon Keeper (Free) for iOS. We thought it was pretty nasty in our review, and even the original game’s designer, Peter Molyneux, described it as “ridiculous." Additionally, the game has been the target out countless editorials ranging from using it as an example of how to not build free to play games all the way up to likening Dungeon Keeper as the harbinger of the end times of the gaming industry. 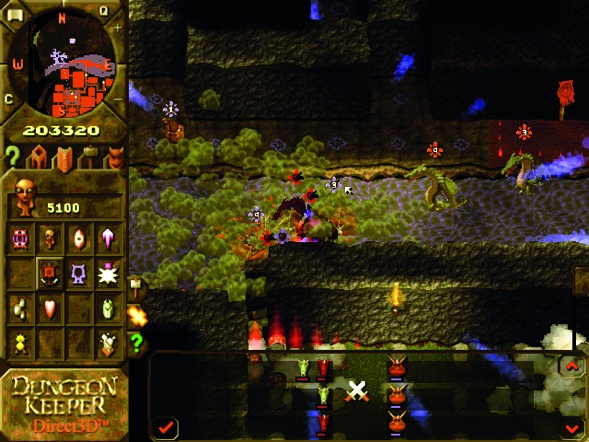 At 75% off, Dungeon Keeper 2 clocks in at $1.49, or, fifty cents more than the cheapest IAP in the iOS Dungeon Keeper. One tiny word of caution on Dungeon Keeper 2 though: The reviews on GOG.com mention that the port might not be so great and have compatibility issues with recent versions of Windows. I haven’t tested it myself yet, but, it may be worth considering before buying.

There’s no reason I can think of to not head over to GOG.com and claim your free copy of Dungeon Keeper. If you don’t have an account there, creating one is easy and doesn’t even require any kind of email verification. It seriously took me less than 10 seconds to do it. The deal expires Sunday evening, so hop to it.