Sure, you love your iOS device. All that inviting metal and glass—who wouldn’t? But do you love your device? Do you want to make it happy? If you do, consider Luxuria Superbia ($3.99), the first iOS release by Tale of Tales.

While Tale of Tales is known in part for the darkness of desktop titles like The Path, Luxuria Superbia is a joyous game. It’s about gently moving through tunnels, touching budding flowers and bringing them to glorious life. Stroking carefully with your fingertips. A blatant allegory for the giving of pleasure, but never overtly dirty. Still, you wouldn’t want to play it in mixed company. It’s simply too intimate an act.

Though it might look it at a glance, Luxuria Superbia doesn’t have much in common with most other games. Tunnel shooters, perhaps, but it has an uncommon goal in the context of gaming: it’s about drawing things out as long as possible. Delaying gratification. You can rush to the end of most of its twelve levels, but that’s a hollow experience. A failure, most of the time. It’s not about how fast you can reach the goal. 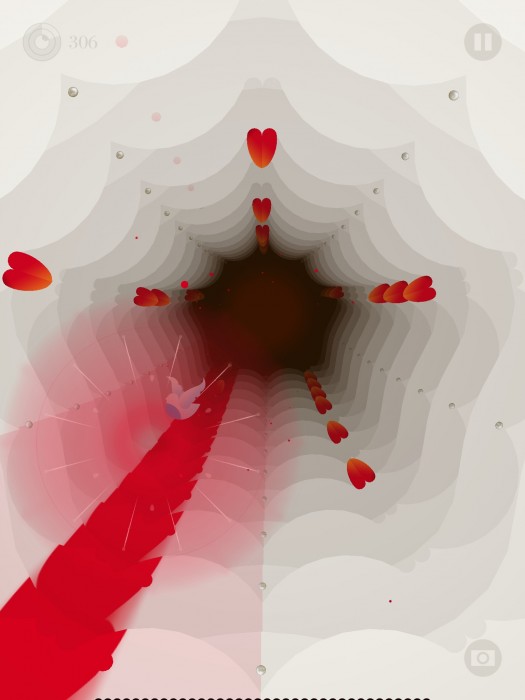 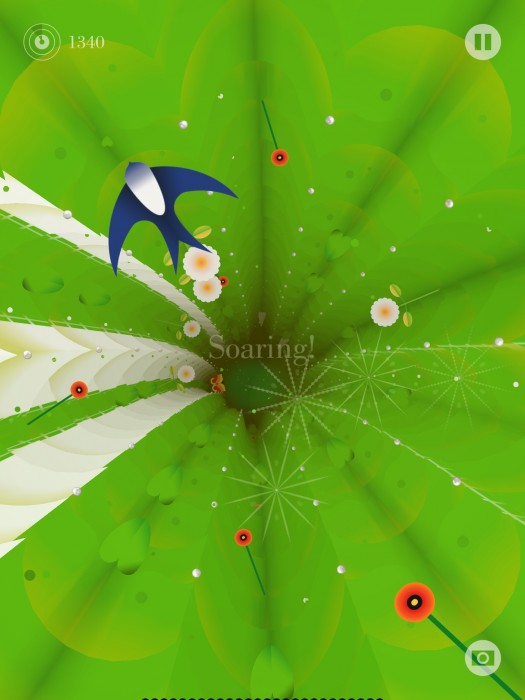 Instead you trail your fingers along its tunnels and watch as colors fill their walls. The color spreads from your touch, and you rush past the tipping point when that color blankets the tunnel entirely. That result, however, has nothing to do with your score. Points come as you open buds along the way, touching them with your fingertips. Ideally, you want to work your way up through three tiers of score before tipping over the edge of full color.

This means learning exactly what each level, well, likes. What will push it to the edge too quickly, and how best to draw it back. It means trailing carefully with a fingertip just so. Or perhaps it means stroking with two fingers, three fingers or more as color pulses under them. It’s hard not to draw parallels as a player or even as an outside observer. That sort of teasing just isn’t something one does to a machine, generally speaking.

Yet Luxuria Superbia stays quite respectable. Its colors are bright and bold, moving through themes like fire, like the sea. Its music is upbeat, if driven. Its petals unfurl into flowers and trees, candles and books. Sure, it might exhort you to do things like ‘caress my petals’ or even ‘kiss me,’ but it remains coy—never tawdry. It gently encourages you to help its flowers grow, to earn higher scores toward the eventual goal of completing its garden. If you can handle your floral metaphors, it’s rarely offputtingly forward. Sometimes it’s even funny.

Which is delightful, really. If we accept that Luxuria Superbia is an adult game, it’s refreshing to play an adult game that handles its subject matter so respectfully. It isn’t subtle—those floral metaphors aren’t exactly understated—but it’s also not flashy or aggressive. It’s also not about what players can get so much as what they can give. It’s about the parts of life that are sensual, not sexy. Maybe it’s even spiritual, as it certainly aspires to be.

And how does Luxuria Superbia succeed as a game? Unusually. Often it’s a thoroughly enjoyable experience, but occasionally it falters. Levels sometimes draw out forever, if you’re careful. Sometimes they’re awkward to complete. This might be apt, but it’s not always entirely fun. The scoring system is easy to grasp, even when success sometimes slips past your fingertips. There is a solid sense of progression through the garden, though each individual flower might be more touch and go. This isn’t just an experience to be had—there is a game here, and it is often fun and challenging. You will get out of it what you put in.

So no, you might not ordinarily think about what it would take to make your device happy, but this game turns the relationship between man and machine on its head. It’s a game about giving, not taking—creating joy instead of receiving it. In return, it gives back the beauty of light and color and music, all coming to life under your touch. A high score with the glow of a job well down. Luxuria Superbia isn’t entirely reciprocal, but the rewards of giving yourself to its pleasures are great.