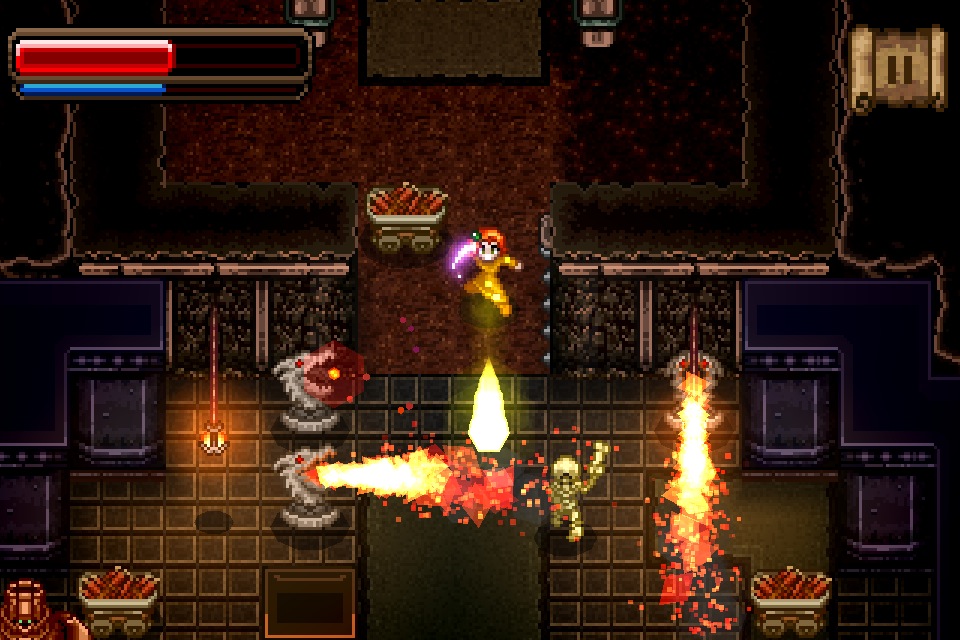 I’ve been anxious to get my hands on Rocketcat’s Mage Gauntlet (Free) spinoff for what feels like years now. In fact, it actually has been years, since the game was originally announced as Mage Dungeon more than two years ago. It’s gone through a long development cycle and several name changes since then, but at long last the game now known as Wayward Souls is finally on the cusp of being submitted to Apple.

To get an idea of what Wayward Souls is all about, this is how Rocketcat describes it: “Basically like how we wanted Mage Gauntlet to be, now designed for extreme replay value. Pick one of six characters and try to survive a randomly generated dungeon that changes every time you play. Each character has a different story, set of abilities, and unique combat style that you’ll have to master. Think on your feet and fight increasingly difficult and numerous enemies as you piece together the mystery of your surroundings." And here’s a recent compilation from a work-in-progress version of Wayward Souls showcasing the game’s combat.

It all looks and sounds awesome, and according to Rocketcat Wayward Souls should be submitted to Apple towards the end of this month, and should hopefully be in our grubby little hands at some point in very late February or sometime in March. There will also be an in-app purchase option where you get to choose from the various names the game has held during its development. So for a buck each, you can have it be known as Mage Dungeon, Wayward, Wayward Saga or Wayward Souls. Just kidding! That doesn’t exist in this game, and in fact no IAP of any kind will exist in Wayward Souls. It’ll simply be a full game at the five dollar price point.

There’s more discussion on Wayward Souls in our forums, and once we have word of a more concrete release date we’ll be sure to tell you all about it.