It has become cliché to call Camouflaj’s Kickstarter-baby Republique (Free) ambitious, but that doesn’t mean it’s not true. This undeniably is the most ambitious iOS game I’ve ever played, showing off AAA production value at every turn. And more surprising, that’s not entirely the reason I LOVE Republique, instead finding the little-touches this game’s most endearing quality.

‘Exordium’, the first of 5 chapters- to this episodic stealth-action thriller, does not disappoint. It starts with a female protagonist named Hope, who is held captive within an oppressive totalitarian compound, in the age of the internets and government surveillance. And then there are you: the player acting hacker, who is desperately called upon by Hope to help her escape the captors. The story slowly begins to unfold from there – for lack of spoilers – and does so wonderfully, and mainly through means of gameplay. Know this: Republique’s cast of excellently acted and all-star voiced characters are likable, in their own way – one of my favorite being the hilarious text-to-speech Cooper.

Who, what, when, and why are revealed through exploring this beautifully rendered compound, across emails, voice-mail, notes, tapes, you name it. These are a delightful reward to gain from simply sneaking around these intriguing walls. Most of Republique’s notes are to be taken serious, but there are also literal laugh-out-loud moments to be had, which is nice. I continued to explore because I cared to know more about this world Camouflaj has clearly taken so much time to flesh-out. I was not disappointed that I did, and found discovering plot-points to be much more engaging than having it spoon fed.

Republique plays entirely one-touch – aside from a pinch-to-zoom function – and does so gracefully, as a stealth game. Much of its gameplay consists of directing Hope by tapping on location, while also tap-hacking your way from camera to camera, using OMNI-view, to see what’s around the bend.  I never felt like I needed a controller, nor wanted one. Republique controls beautifully as a touch game, and makes more sense, as so, when in regards to its narrative. 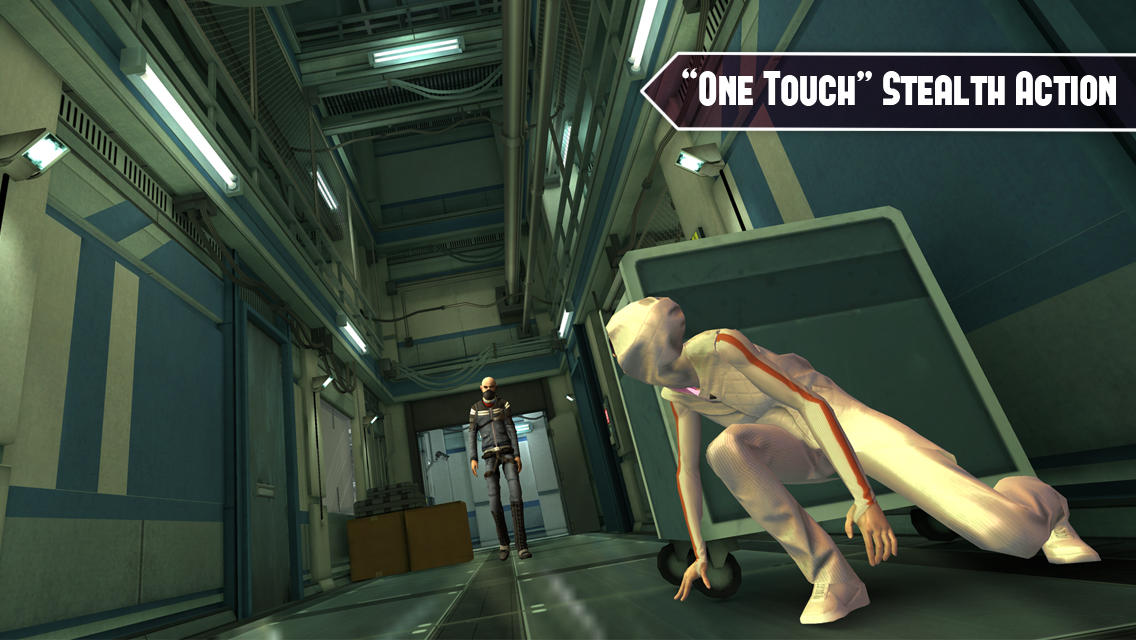 The game’s hack, hide, and run, as stealth-action games are expected. As you progress through the chapter, upgraded  OMNI-hacks become available – allowing for more strategic options to evading or nullifying patrolling enemies. While on the subject of enemies, I should note that Republique’s keeps with tradition and mostly follow a looped patrol-path. Don’t expect dynamic AI all around, but rather AI that does a damn fine job of chasing you down if you are spotted. Regardless, the games stealth-scenarios are always fun to overcome, thanks to the games interesting control mechanics and keen design.

Republique ran me 5 hours, finishing with a 68% completion ranking and a Play+ option to go back and gather what I missed. I instantly went back to start gathering. The best one-thing this game does is collectables, allowing all – of which there are plenty – of them to have purpose, personality, and heart. 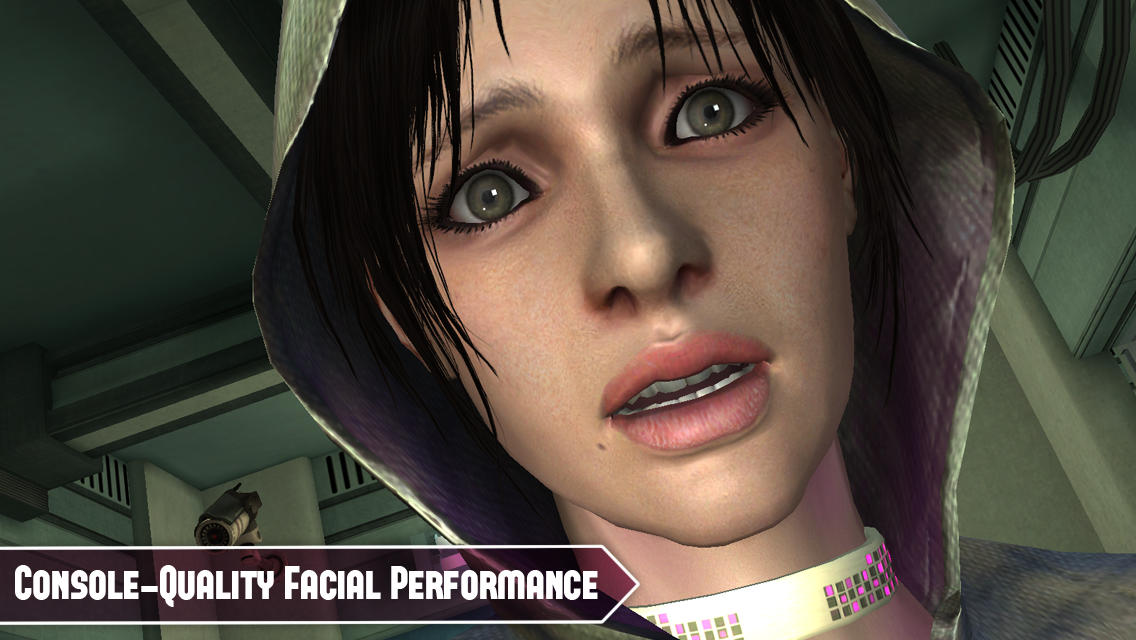 For example: Hope can pickpocket patrolling enemies to take back Cooper’s stolen games, which is one of many collectables Republique has to offer. The cool-thing about this collectable is… they’re actually other great iOS games dressed as Atari carts. For collecting these, you get to hear Cooper explain why you should buy these OTHER iOS games, in the most charming of ways. Bravo, Camouflaj, that’s the nicest thing I’ve ever seen a game do for others and really expresses the personalities behind the game; and you can never have enough personality in any game.

Technically, the game played smoothly on my iPad 2 and iPhone 4S, with the exceptional ‘chug’ for saving or loading. As usual, I found the tablet provides a better experience due to screen real-estate, but it’s totally playable on the smaller. Otherwise, a single crash back to the OS is all I have for technical gripes. 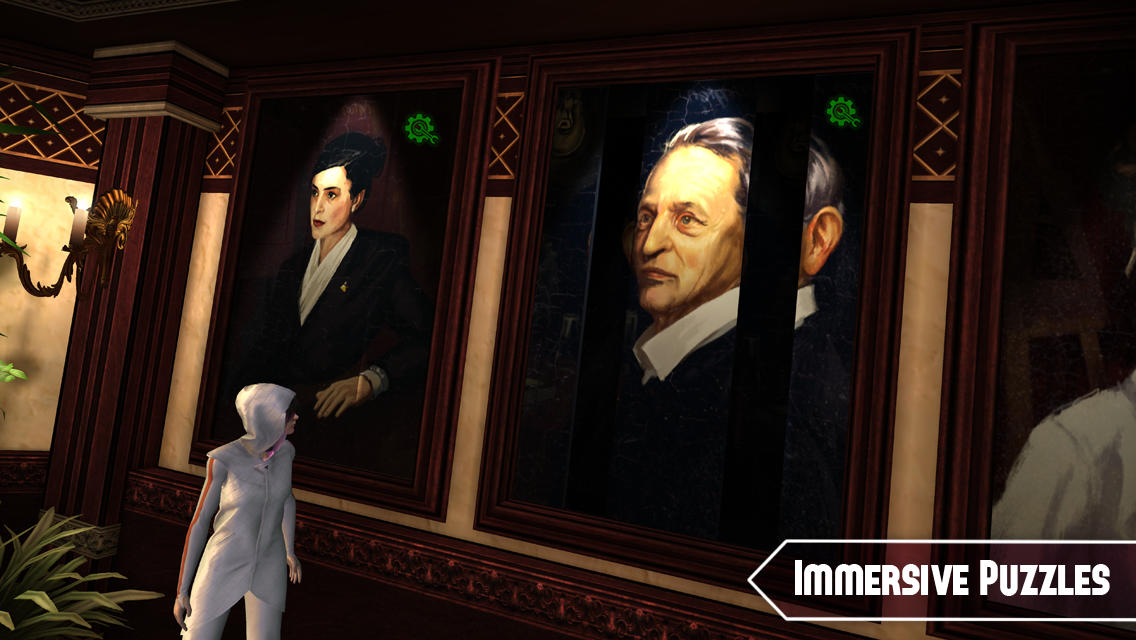 In fact, I didn’t find much to complain about while playing thru ‘Exordium’. At one point I desired a mini-map – which Republique does not have – only to later realize that I never *really* needed it and found its absence to drive exploration. I guess if I had one complaint it is Republique’s lack of an objective list, maybe? I didn’t really need one, but others may? The fact that I’m not complaining about eye-poking IAPs is precedent enough.

Republique is risky. It’s a big budget stealth-action epic on iOS that is attempting to change the face of touch games forever. And it should… Republique is shaping up to be a masterpiece. Sure, there are more chapters to come, but based on what I’ve seen so far… faith is running high. For those of you who’ve complained about the state of ‘core’ or ‘console-like’ experiences on iOS – outside of ported games – you shouldn’t hesitate to throw your moneys at Camouflaj. They deserve it. Exciting, fun, polished, and perfectly fit for the platform, Republique is showing me nothing but promise. Promise I’m already convinced they’re going to keep.