Halfbrick Studios, the folks behind the wildly successful Fruit Ninja (Free) and Jetpack Joyride (Free), has taken an interesting risk with their newest title. They’ve gone from games with wide appeal and cute but infectious concepts to something that lets players grind down major metropolises into nothing but smoldering rubble and perhaps the rest of the world with it.

Colossatron: Massive World Threat ($0.99) takes a slightly darker turn from the studio’s usual fare of family friendly games with a concept that might appeal more to monster movie loving boys and the type of gamer who gets a kick out of watching a virtual world burn. However, it does so with the same kind of manic, reflexive gameplay that made its groundbreaking titles so much fun to play.

The game’s title character is a giant, menacing snake-like creature designed to look like the massive villain from an anime film with a thirst for destruction on a massive scale. The interesting part is that the player doesn’t actually control Coloassatron as it plows through buildings and armies of tanks and attack drones as though they were made of blocks of butter. It might sound like a bit of deceptive advertising but it’s actually an interesting departure from other games where the anti-hero is a giant, city killing creature that lets the player turn a virtual township into their personal stress toy.

The player’s job is to supply Colossatron with powernodes as it slithers across major structures and waves of military vehicles. Nodes come in different colors representing different types of weapons such as miniguns, missile launchers, flamethrowers and electricity rods that automatically fire as the armies of the aptly named General Moustache surround it. 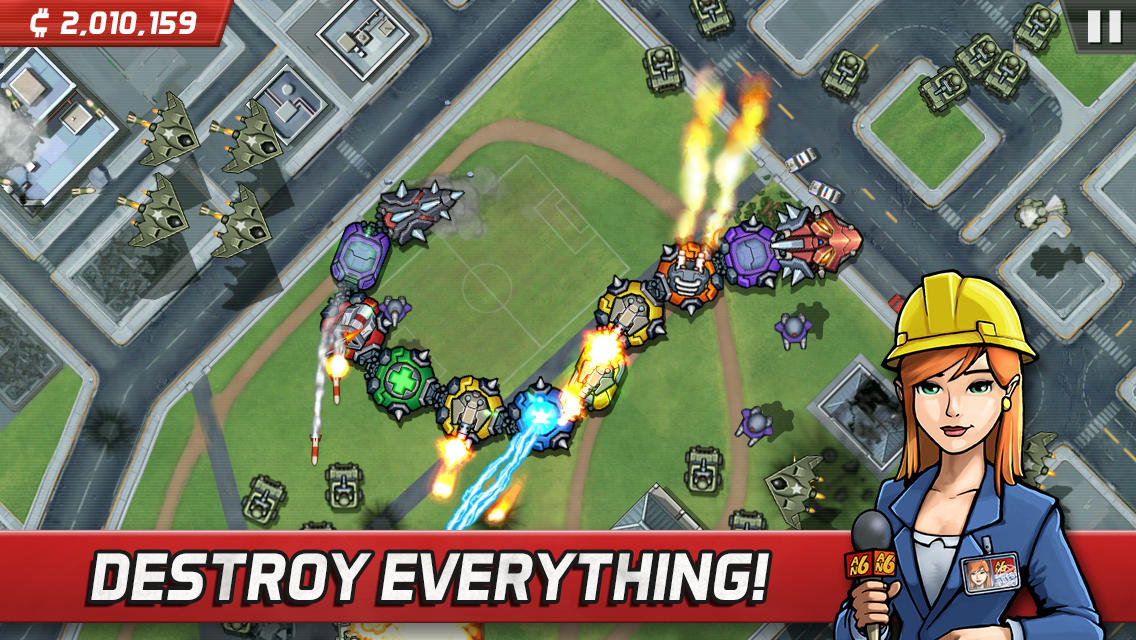 The clever part is in the planning. Players can group nodes together according to their colors to create bigger and more powerful weapons or they can combine two different colors to create a different type of weapon. The bigger versions can also combine adding a clever, color matching puzzle element to an action game not seen since Adult Swim’s Monsters Ate My Condo ($0.99). Since Colossatron moves without the player’s control, there are moments when players will build a long, well organized chain but won’t be able to throw in that key powernode to build up their arsenal since it takes time to catch the rest of the chain up to the screen. Thankfully, it doesn’t constantly move in a straight line to give you time to arrange your chain and it’s a minor annoyance in an otherwise fun experience.

As the game progresses through levels, it adds more powerups by spending the money the player has earned from their destruction such as refilling Colossatron’s health meter and the ability to rearrange the order of its powernodes in between and even during skirmishes. There are also additional weapons to add to Colossatron’s attack plan such as a rush attack for taking out key buildings or squadrons 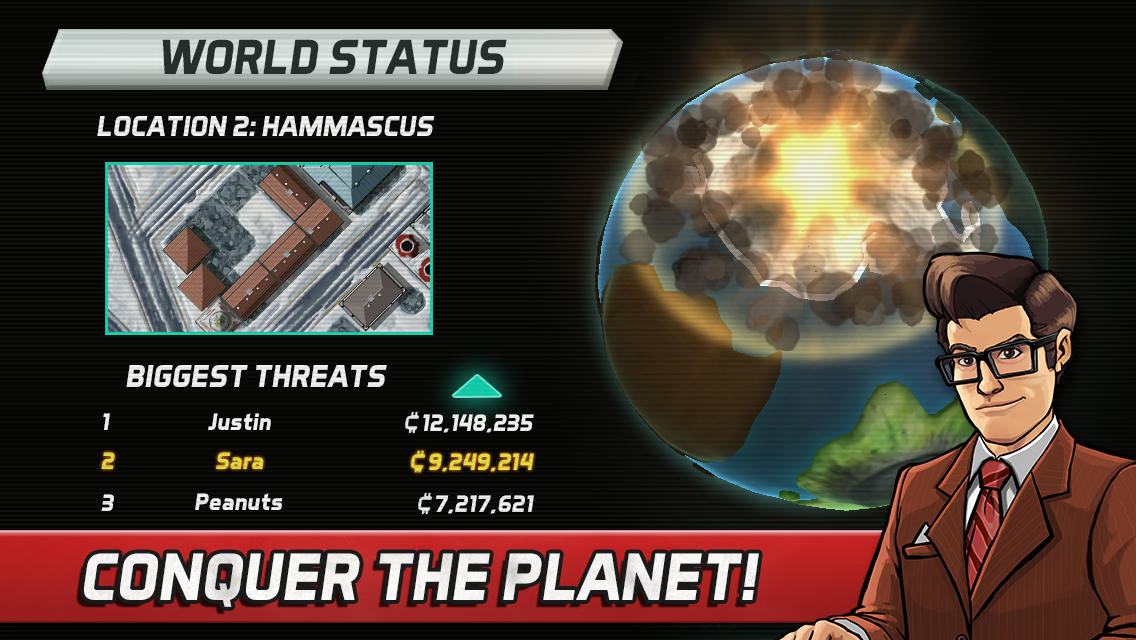 It’s also presented in a very amusing manner. Players get an overhead view of Colossatron’s dirty work as news reporters break in and out of the action to report on the monster’s latest whereabouts and destructive accomplishments. Even General Moustache takes to the mic to bark orders at his troops and vent his frustration over Colossatron’s indestructible nature. The dialogue is played up to be just as campy as the characters in a B-grade horror movie but it’s a clever way to add some exposition and commentary to the game’s universe.

The player’s fingers may not be on Colossatron’s trigger or steering wheel but Halfbrick has come up with a puzzling, action packed way to help Colossatron complete his mission of world domination.