The concept of making a Rube Goldberg machine in a video game has been done so many times that it feels like some kind of crime against gaming that one hasn’t been done to honor the man who invented it. He’s has a huge following that has survived almost a century. His name has become part of the American vernacular. His comic strips were clearly ahead of their time as a way to mock the unstoppable drive of technology. Perhaps that’s why it’s taken so long to get a game made in his name and it’s a shame because it’s a faithful, fun adaptation of some of Rube’s famous works. 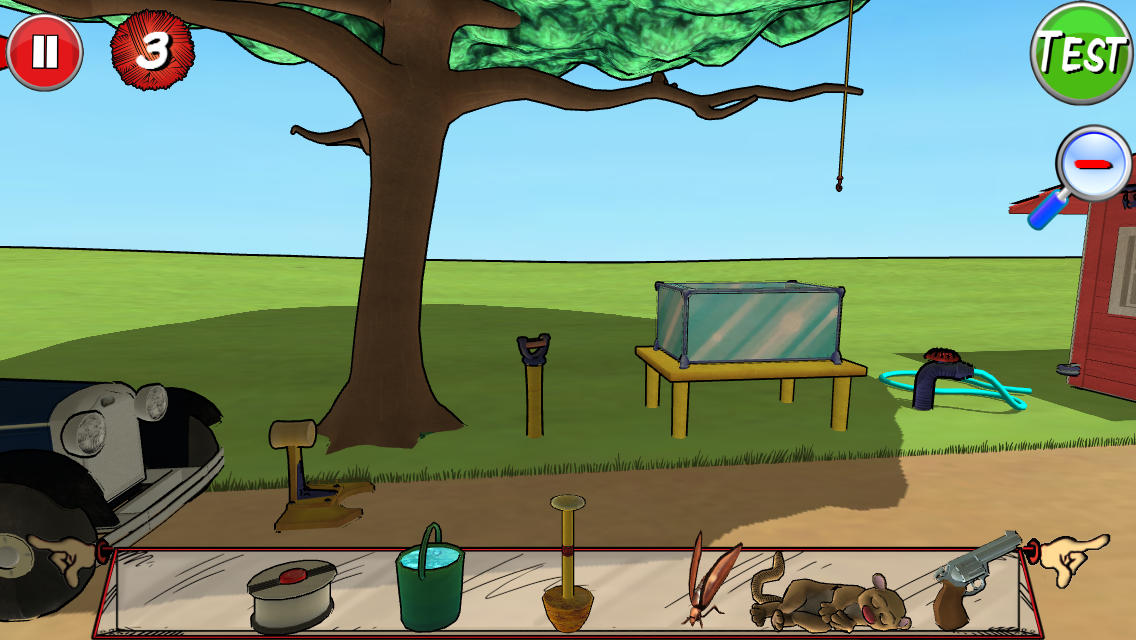 If the name Rube Goldberg doesn’t ring a bell that’s been pushed by a rubber hand that was activated by a mouse running to a piece of cheese out of a jar where the lid was unscrewed by a rotating magnet on the end of a stick attached to a pulley that turning from a fan near an open window, let’s clue you in. Goldberg’s comic strip consisted of elaborate plans for contraptions that can do simple tasks with a complex and unnecessary set of steps. The challenge is to reconstruct one of Rube’s puzzle designs that are all based on some of the man’s original drawings.

The challenge may sound straightforward and easy but it can be quite a conundrum to figure out just how all the pieces fit together when they’re sitting in an unorganized pile. Each level sets up some of the basic pieces such as tables and stools to give you a tiny hint of how they can be used to provide an extra hand to tie a package or open a garage door. The interface can feel a little wonky at first since you have to hold each piece to drag it into place and wait for it to acknowledge your touch but it doesn’t take too long to get used to as you work through the contraption. 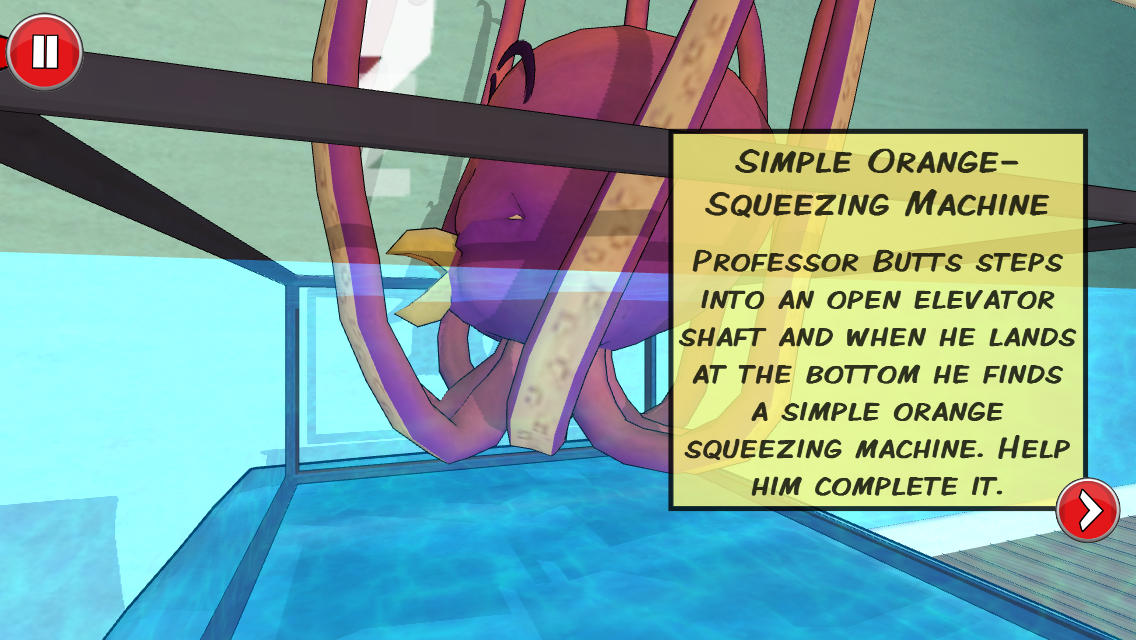 Such a game might sound like a challenge for children but it’s actually very puzzling since it requires a different kind of cartoon logic than the traditional puzzler. There’s an array of items in the inventory that seem completely random such as a gun, a block of ice and a revolver but the puzzle begins to fall into place once you get a couple of correct objects in place before the whole thing comes together. The game also requires you to tie certain objects together with twine or rubber belts to complete a full Goldberg machine.

The biggest accomplishment is the look of the game. The designers really took the time to make sure that each level looks like it was drawn in a Goldberg comic strip because each of them are based on an actual Goldberg comic strip. It does a great job of mimicking his artistic style and sense of space and even moves in a 3D environment that feels like you’re actually in one of the strips. They even took the time to put some of Goldberg’s original characters into the action to complete the allusion. 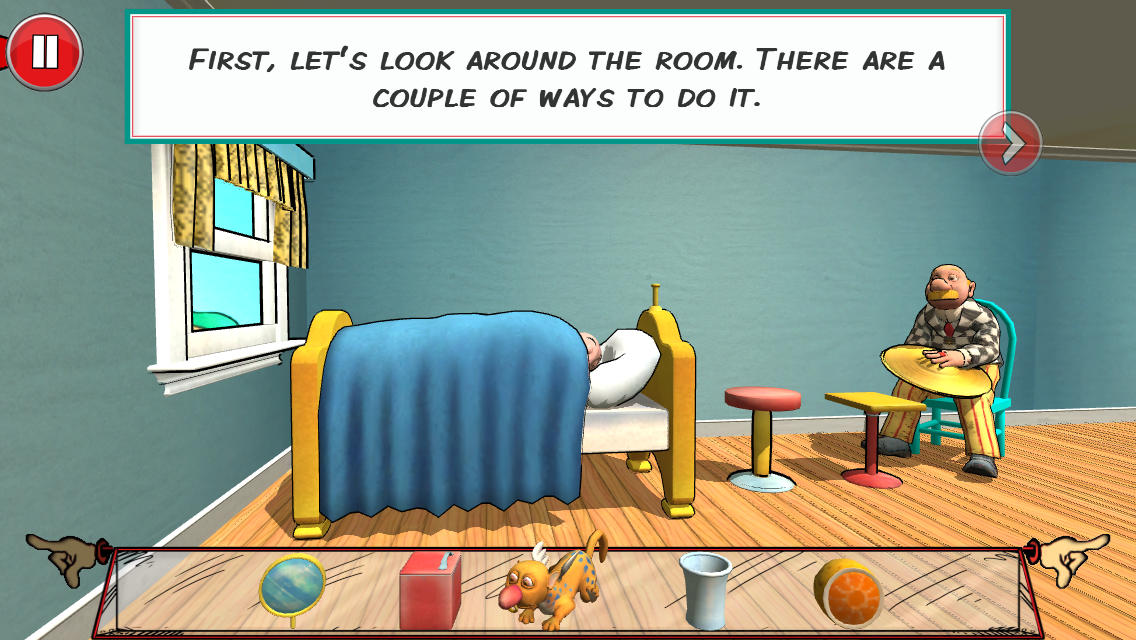 It’s got the play of a puzzle game with a plausible challenge level but without ignoring the whimsy and charm that you’d expect from an original Rube Goldberg design. It’s a wonderful nod of the cap to the man whose crazy visions inspired real world challenges to complete his work and become an adjective for creating a complex set of plans for something relatively simple.