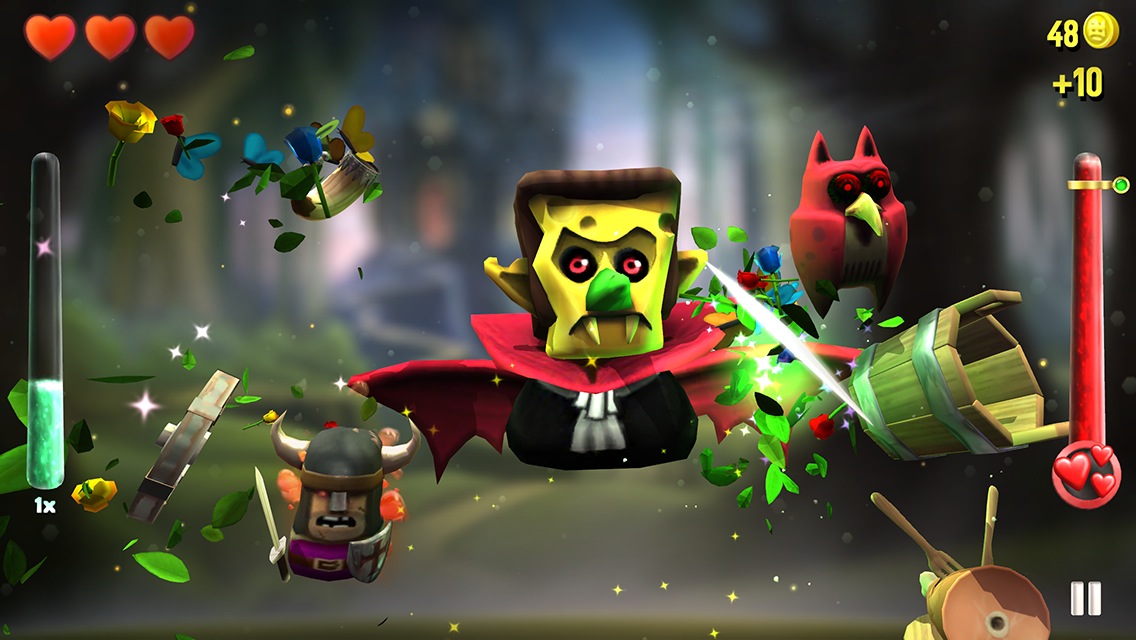 If you’ve been wondering what Mountain Sheep’s been up to since releasing Minigore 2 ($1.99) last December, allow me to tell you: they’ve been working on a new game called KingHunt. Halfbrick’s Fruit Ninja ($1.99) basically invented the “slicing game" on iOS nearly four years ago, and many have tried to duplicate the experience but never matched the quality of the original. KingHunt is a slicing game in a similar vein to Fruit Ninja, but isn’t just trying to copy the formula but actually improve upon it. One of the ways they are doing that is with sheer technical prowess.

KingHunt will run at a solid 60fps and feature all sorts of fancy bells and whistles like shadow and particle effects. The objects in the game including the particles will feature their own collision physics, and can be affected by the environment by things like wind. One of the coolest features of KingHunt is that the objects you’ll be slicing react dynamically, meaning where and how you slice it will affect how the two halves of the object come out. In comparison, when you slice fruit in Fruit Ninja they’ll always come apart in the same two halves. 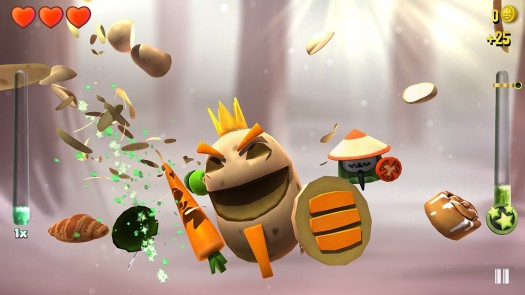 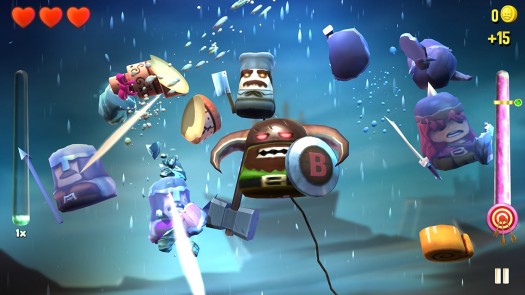 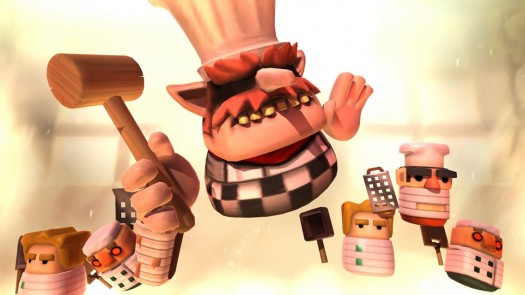 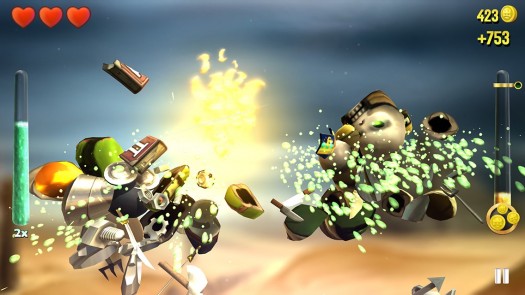 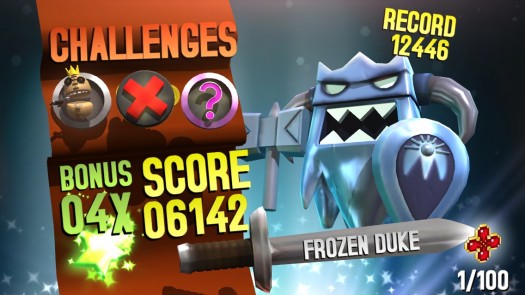 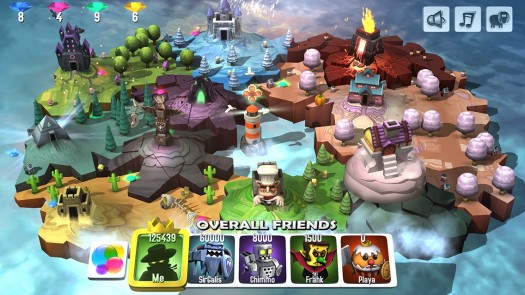 Other features in KingHunt include power-ups like slowing or freezing time, chain explosives, burning, and raining down arrows or meteors on your enemies from the sky. Speaking of enemies, there will be 200 of them, each with unique attacks like flying, swimming, jumping or rappelling down a rope at you. They don’t just fly out from the bottom of the screen.

I love Fruit Ninja, and it’s an absolute classic on the App Store. But I’m also not opposed to somebody trying new things with the slicing genre and possibly even coming up with ways to improve it. Mountain Sheep is known for making quality titles, like the Minigore series, Bike Baron ($1.99) and Ice Rage ($1.99), so I’m especially excited to see how KingHunt has turned out. It’s already been submitted to Apple for approval and should hopefully be hitting either this week or next, so add it to your TouchArcade (Free) Watch List and we’ll give you a heads up when it hits.