Ever since Super Mario Kart on the Super Nintendo earned a place in pop culture’s archive as a true gaming classic, just about every cartoonish video game series has tried to emulate that success to the point of becoming a punchline. Why would Sonic the Hedgehog, a character whose core ability is running near to the speed of sound, ever feel the need to prove himself on the racetrack in a go-kart?

The latest sign that the cartoon racer has reached a new low comes in the form of Garfield Kart ($1.99), a drab and tiresome racing game that’s almost as tedious as the comic strip that’s been running in newspapers for the last 35 years.

It follows the same formula of similar racing games almost to a tee. The strip’s principal characters all have their own unique cars to race around a series of different driving environments such as sand, slick and straight raceways. One notable difference that actually works in the game’s favor is that it lets you pick and purchase boosts and powerups before you take to the track. You can also modify your racer’s ride with rear spoilers rather than wait to earn the privilege to do so in later races. 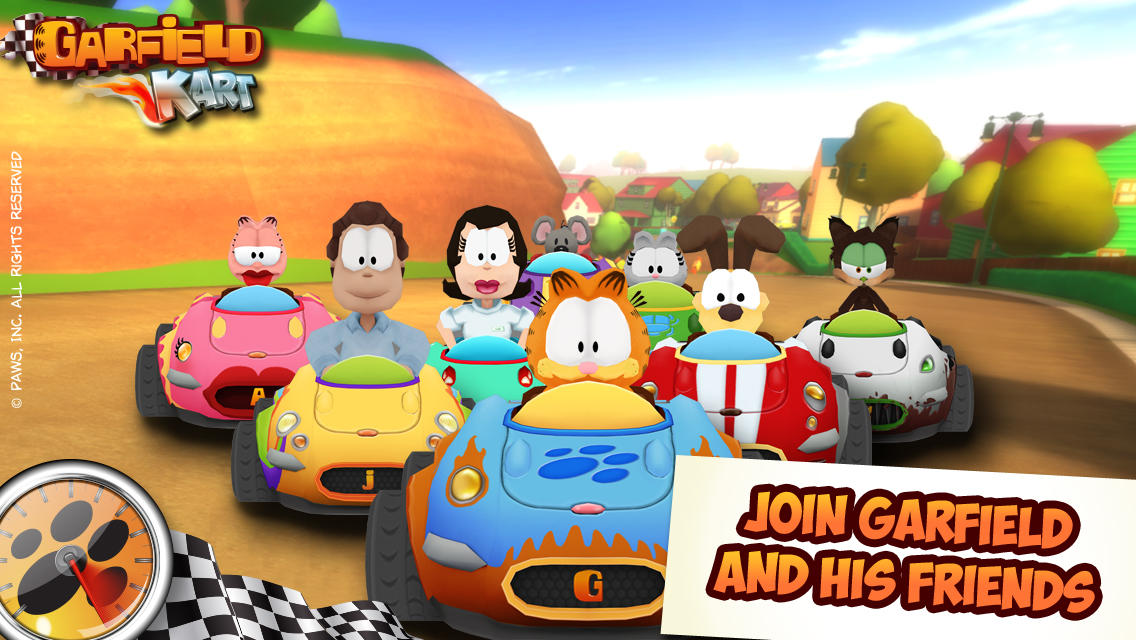 It’s hard to notice the difference once you take to the tracks. The game offers two controls for steering, touch controls or the phone’s accelerometer, but both feel rather wooden and stiff and if you’re on an older phone that runs a little slower, you can easily find yourself stuck behind an obstacle or bumping into trees or buildings on some of the game’s easiest levels. There’s also no room for a gas pedal since the control space would get rather crowded. Instead, it lets the gas run continuously gives drivers the option of using the brake and an emergency brake to pull off power slides for curves in the track.

Cars can earn a quick boost if they hold a power slide long enough but it only makes sense if you’re trying to pass an opponent on a sharp curve instead of a long stretch of dry track and you’re out of luck if you’re not in a curve or used a speed boost. The powerups are just variations of the same weapons you see in similar games with a couple of more original options like a UFO squadron that can use its traction beam to freeze an opponent in place for a while but even they lack the kind of cartoon zaniness that you’d usually expect from a Garfield strip.

There was some considerable work put into the graphics to make it look like it’s taking place in the more bizarre part of Jim Davis’ universe when all of his characters are professional racers with access to custom built go-karts. The colors are bright and the 3D versions of the comic’s characters and scenery look fairly good but it all feels like window dressing for a lackluster game. 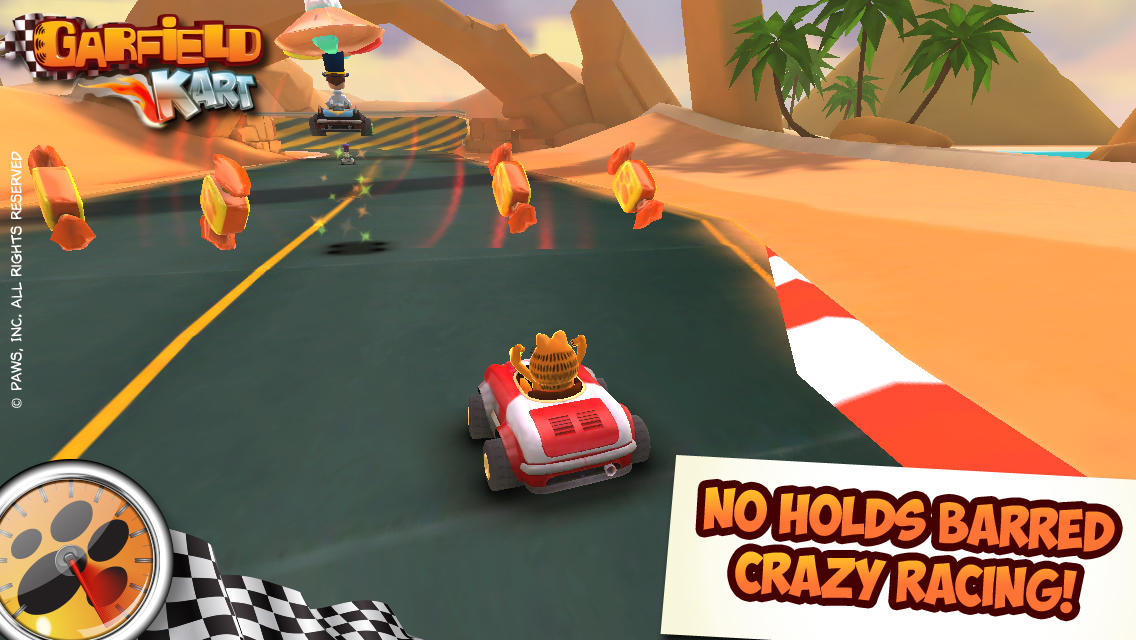 A storied franchise like Garfield could actually work in a racing game, even if the reasons for such are convoluted at best and at this point, its scraping at the bottom of pop culture’s barrel for a reason to make another racer. However, its execution is too stiff and dull to work in this context. If anything, it makes you dread the day that a developer thinks a racing game based on Marmaduke would be a good idea.