It might have taken nearly a year and a half since it was originally announced, but Capcom’s HD remake of the Phoenix Wright: Ace Attorney trilogy finally landed in the App Store in May of this year. All three games in the series were partially redrawn and reworked to look great on high resolution mobile device screens, but it turned out not to be quite all it could have been. The new visuals didn’t match the resolution of Retina iPad screens, nor did it properly fill the aspect ratios of iPads or widescreen iPhone or iPod touch devices.

Still, the source material of these three Ace Attorney games was so fantastic that it was easy to forgive those minor quirks, and we heartily recommended checking out Ace Attorney: Phoenix Wright Trilogy HD (Free) in our review. Especially as the initial download was free and contained the first two cases of the first episode, more than enough gaming to decide if you wanted to plunk down some cash to download additional episodes via in-app purchase.

And that brings me to the point of this post: right now, as part of a Thanksgiving sale, Capcom is offering the IAP unlock of the entire trilogy for just $4.99. Yes, that means all three games for five bucks. Originally these games retailed for $30-40 each on their previous platforms like the Game Boy Advance and Nintendo DS, and even the iOS version’s original unlock price for the entire trilogy was $16.99. Getting all three games for five bucks is a heck of a steal, especially since if you were to purchase each episode separately from within the app they’ll run you either 6 or 7 bucks each anyway. 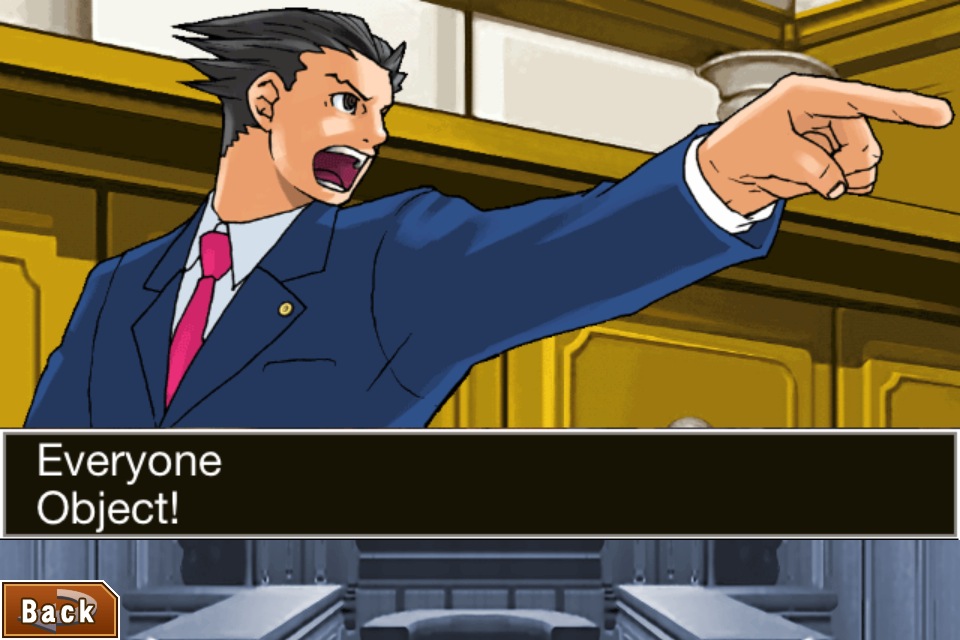 While Ace Attorney HD is no doubt the star of Capcom’s Thanksgiving sale, they’re also featuring a couple of other games at deep discounts. Both Mega Man X ($4.99) and Devil May Cry 4 Refrain ($4.99) are both on sale for just 99¢ each, though both those games have been on sale dozens of times before so it’s not quite as exciting as something like Ace Attorney being so cheap. But hey, if you hadn’t picked either of those up by now and are interested, this sale is a good time to do so. Also it’s possible that even more Capcom titles will go on sale seeing as Thanksgiving isn’t until next week, so we’ll keep our eye on that. Now if I could only convince Capcom to update their library with proper widescreen support…

At any rate, definitely download Ace Attorney: Phoenix Wright Trilogy HD for free and check it out, and if you like it, definitely take advantage of unlocking the entire trilogy for just five bucks during this sale.