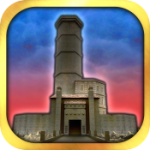 I was totally amped to check out The Magic Castle ($1.99). I’d recently played zombie point ‘n’ click Escape from the Dead ($0.99), also by Digi-chain Games and knew this would be something a little bit special. Digi-chain are no stranger to point ‘n’ click adventures and with each new release the titles grow stronger, deeper and more pleasing to the ocular nerves.

If you’ve played Fire Maple Games’ Grisly Manor ($0.99) or The Lost City ($1.99), you’ll feel at home with The Magic Castle. Whilst by no means a rip-off, (in fact the stories of all three games vary greatly), a similar level of love has been put into this game, and it certainly does feel like it’s been influenced slightly by Fire Maple’s offerings, and that is certainly not a bad thing.

In The Magic Castle, your aim is to restore magic to a strange land. You see, many years ago, a creepy old dude with a ZZ Top beard and a ball on the end of a stick kicked the bucket and all the magic and fluffy bunny feelings he’d spread throughout the land died with him. Luckily for you, the sorcerer and his scowl live on in spirit form inside a mirror, and he’s been waiting for a traveler such as yourself to bring life back to the now barren land.

Okay, the story’s not the deepest but it is certainly more involving than “save the princess" and the gameplay itself makes up for any lacking narrative substance. 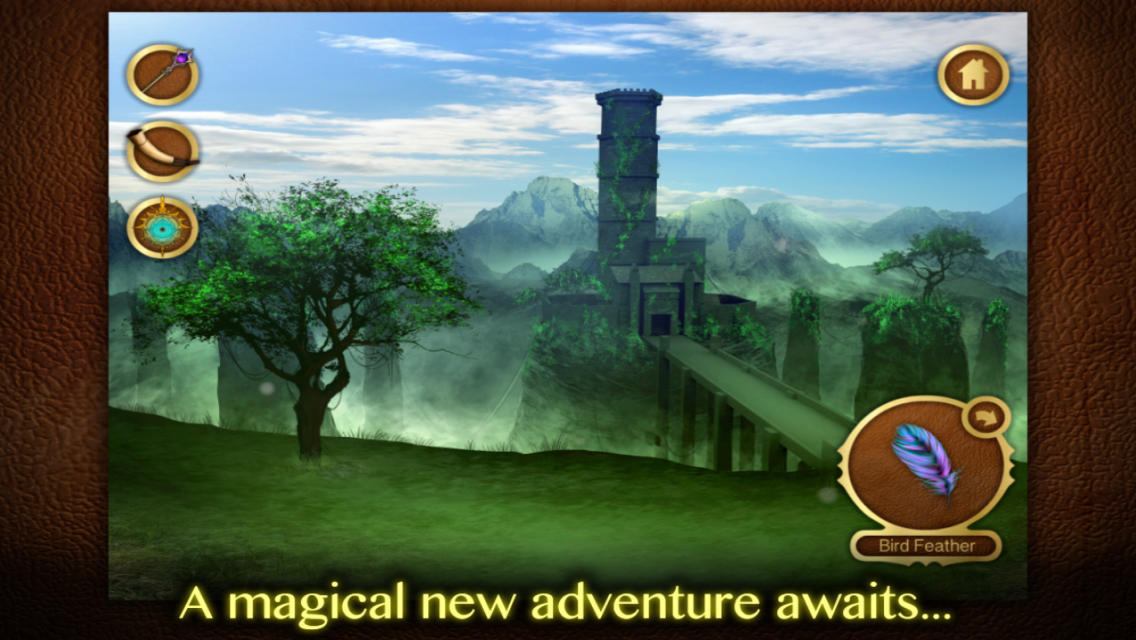 As well as the standard “tap to collect, move or inspect", the game features a simple inventory system, in which you have an arrow to cycle through your collected goodies. Tap said items and you can use them (or not) to interact with environmental objects. In order to restore the magic to the land, you need to collect four orbs that represent fire, earth, water and air. To help you obtain these items the sorcerer will at times present you with helpful items, though they’d be a heap more helpful if the riddling idiot would just hand them over at the start.

Without giving too much away, these items are used, in a way, to manipulate the environment, even jump between physical and spiritual realms. It’s a nice touch and works in a similar way to changing the seasons in The Lost City, as at certain times the world needs to be in a particular state to solve puzzles and collect specific items. As well as collecting items to unlock doors etc, you must collect various ingredients which are used to create magic spells. These spells are needed to progress through the game.

Visually, Digi-chain has pulled out all the stops. Whilst I wouldn’t quite put the visuals at the same level as The Lost City or the Forever Lost games, they are certainly extremely pleasing to the eye. Sound effects are decent, though the voice acting in the cut scenes does sound a little like it was performed by the depressed robot from Hitchhiker’s Guide to the Galaxy. Okay, it’s not that bad, but it’s not quite up to the level of the visual side of things.

The one gripe I do have with The Magic Castle is the length of the game. Like Escape from the Dead, and indeed, Grisly Manor, the whole thing is over too quickly. Unless you get stuck severely on a puzzle, you’ll very possibly finish it in one run through. I took my time with the game and played it in parts, between doing that horrible stuff called work that got in the way, but I still managed to have it completed in a couple of days. If you sat down and are fairly proficient with this style of game, I’d expect you could complete it within thirty minutes to an hour.

I also found that the length of time it took to collect the first orb was decent and it seemed to set the game up to be a lengthy affair, but each consecutive orb took much less time to attain. I’m not sure if this was a design choice, but it did feel a bit like perhaps the developer started to cut out content to get the game shipped. To be honest, though, it didn’t detract that much. Despite its length, The Magic Castle is truly an example of “quality over quantity."

The Magic Castle provides a variety of well thought out and designed puzzles, gorgeous visuals and a refreshing break from the plague of endless runners. If you’re a fan of adventure games, you owe it to yourself to grab a copy.