Describing Bravura – Quest Rush ($1.99) can be a bit difficult. It’s part twitch action game, part RPG, and part puzzler. But however many genres you attempt to lump onto it, the “Rush" part of the moniker is fairly apt, as you can breeze through a ton of levels in no time, and have a blast doing it.

If you’ve ever played Vanillaware’s Odin Sphere, you’re familiar with the rotating sphere-like level setup of Bravura. Essentially, you’re going to be running on a plane that looks the same, but offers up a variety of different enemies and objectives along the way. No, it’s not an endless runner (even though you do run automatically), as each stage definitely has a finish line, and set quests to tackle. 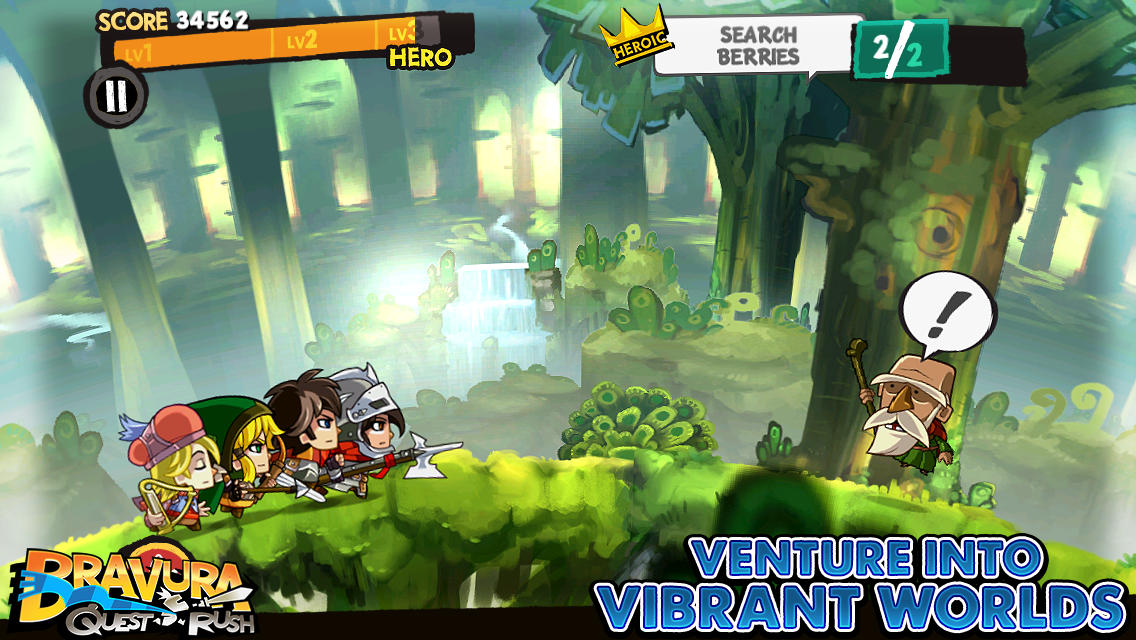 As you’re running from point A to point B, you’ll find townsfolk to grab quests from, prisoners to save, monsters to defeat, crops to gather, and obstacles to avoid. In that regard, it is very runner-like in theory, but the comparisons stop there, really.

“Quests" are around a minute each, so you generally won’t get bored of doing the same few objectives over and over. Missions themselves range from “kill [x] amount of enemies" to “tap the screen to collect fruit," but they’re engaging enough, and the game quickly mixes up parameters to keep you on your toes. Despite the fact that the visuals could stand to look a little higher-res, the art and character designs are beautiful, and compliment the gameplay very nicely. 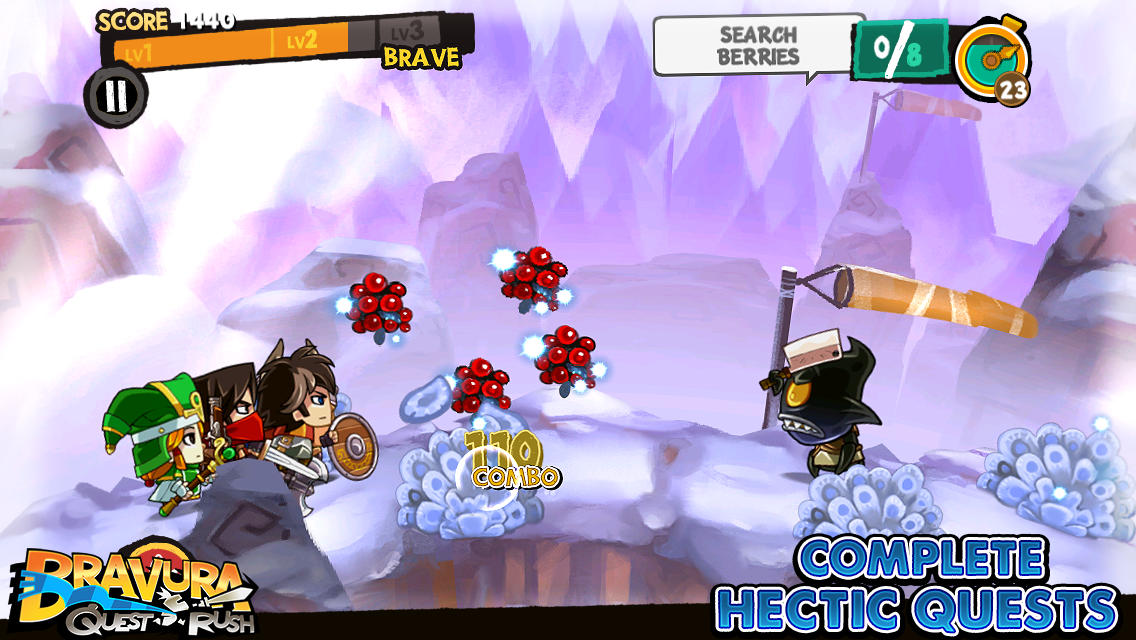 One of my favorite parts of Bravura is the combat system, which is a lot more nuanced than it seems at first glance. Not only can you slash forward, but you can also jump slash, power slash, and queue up ranged attacks and spells from your party members. Ranged and melee strikes must be used in tandem with one another on a constant basis if you want to succeed. For example, some enemies explode on contact, making them an ideal candidate for a quick arrow shot from your Ranger party member.

Bravura – Quest Rush is a ton of fun. There are unique bosses, lots of varied encounters, and a decent amount of customization options to keep you playing. If you’re not tinkering with your party to get the best setup for “just one more run," you’ll most likely be hacking and slashing away with a smile on your face.