Shadowrun Returns ($1.99) isn’t a simple rehash of the 16-Bit console games that founded the universe it lives in. It’s the same brand new adventure that was scripted and coded from the ground up for PC and Mac and it is, quite simply, a masterpiece.

According to the developers, however, there are upcoming storylines which will link the game to the Sega and Nintendo siblings. This additional content will initially only be available to the game’s Kickstarter backers, with a public release to follow after that. 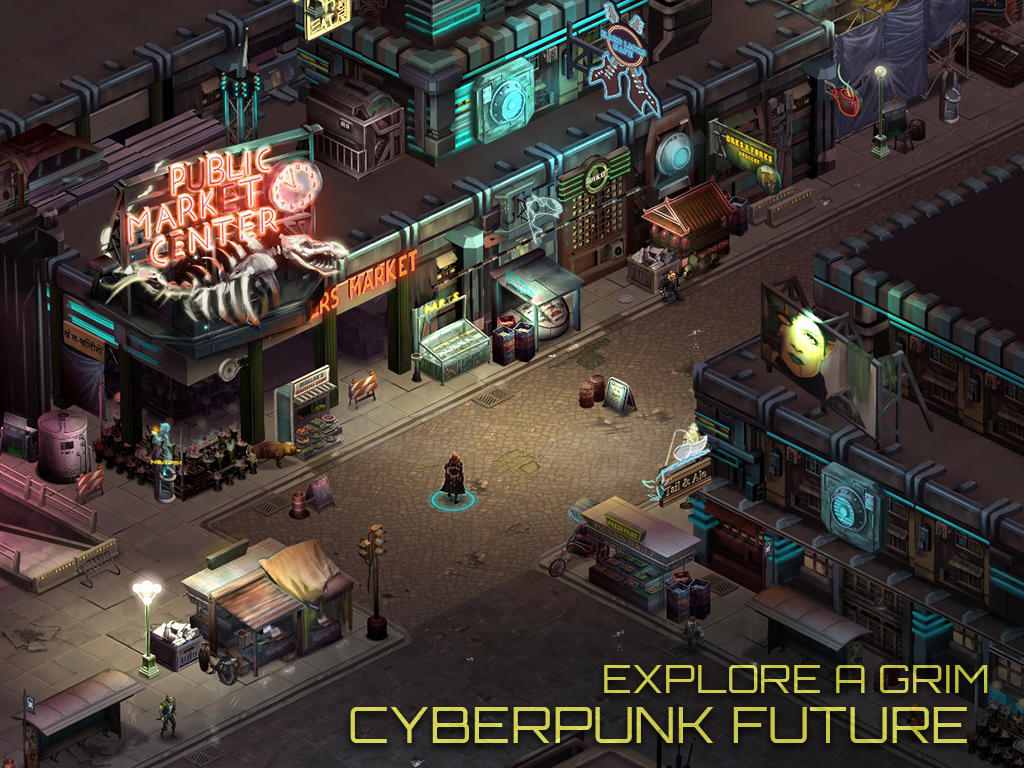 In Shadowrun Returns, you play the part of a Shadowrunner named… well, you choose your own name, gender and race… and you embark on a journey to hunt down and bring to justice the Emerald City Ripper – murderer of your old friend Sam Watts.

As with most RPGs, there is a fair bit of text to battle through, however, in Shadowrun Returns, this is more of a plus point than a negative. The story is so wonderfully written and each and every character encounter is like reading a from a thoroughly enrapturing novel. The dialogue is beautifully tailored for each character’s unique personality and often you’ll uncover side missions which can bring in precious Nuyen (the game’s currency), and/or increased character attributes such as karma, for helping out a damsel in distress.

The game is played from an overhead, isometric view, unlike the direct top-down Sega Genesis iteration. The backdrops are gorgeously painted, as are the character portraits that pop up upon engaging with the locals. 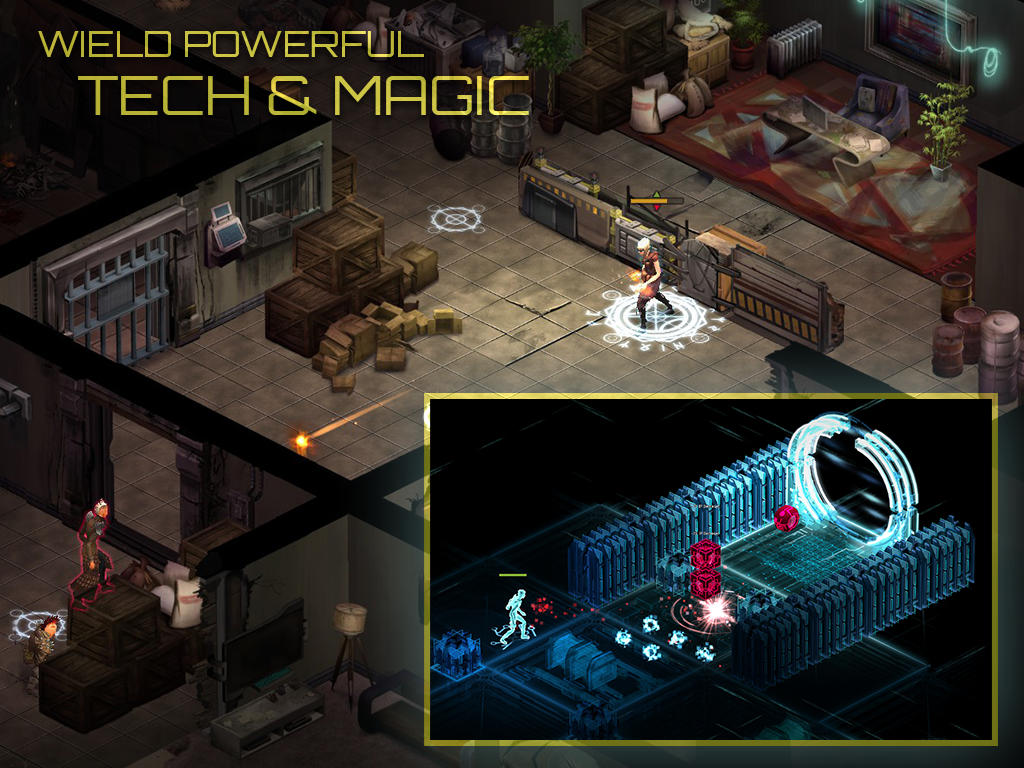 Movement couldn’t be simpler. Simply tap to where you want to go and your character will walk or run to said position, comrades (if applicable) faithfully in tow.

The battle system is also fairly easy to get the hang of. You have a set amount of moves, or Action Points, each turn. These AP can be used for moving, attacking, casting spells and using items such as med-packs, should you or one of your team require a bit of patching up. It’s a turn-based strategy affair that works brilliantly… no unwanted, random battles here!

What I really love about Shadowrun Returns is the mixture of real world (the game takes place in Seattle) and fantasy. The game combines technology and conventional weapons with magic and the traditional fantasy character races such as elves, dwarves and trolls. 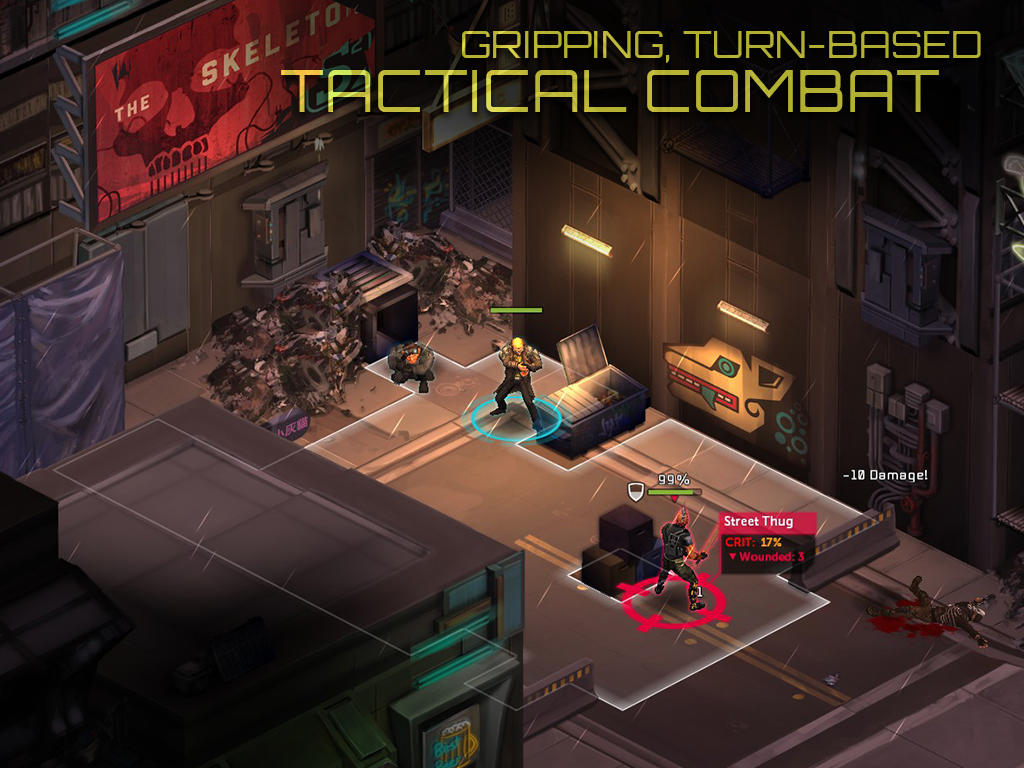 As well as character races, there are six classes available; Mages, Street Samurai, Decker, Rigger, Shaman and Physical Adept.  Mages utilise magic, Street Samurai are the warriors of the bunch, Deckers are like futuristic super-hackers, Riggers control drones that aid in combat and/or healing, Shaman “see dead people" and can also talk them into lending a hand in battle and Physical Adepts are able to use magic spells to increase their performance and attributes, as well as unleash a few cans of the old whup ass.

If you’re after a game that has an involving storyline, excellent control system, intriguing and engaging characters and is something that you can pick up and play, despite having no prior experience with the RPG genre, I highly recommend Shadowrun Returns. It’s almost more of a character driven, point and click adventure with the added depth of an RPG thrown in for good measure.

Okay, so far this has been somewhat of a glowing review. There are bad bits’n pieces, however, namely glitches that affect play on certain devices and the lack of atmospheric sound/music. To be honest, I didn’t even notice the lack of sound as I’d had nothing to compare it to and the footsteps/weapon sounds are working fine on my iPad 4. I was so engrossed in the game I hadn’t even given it a thought until it was brought to my attention over in the forums. 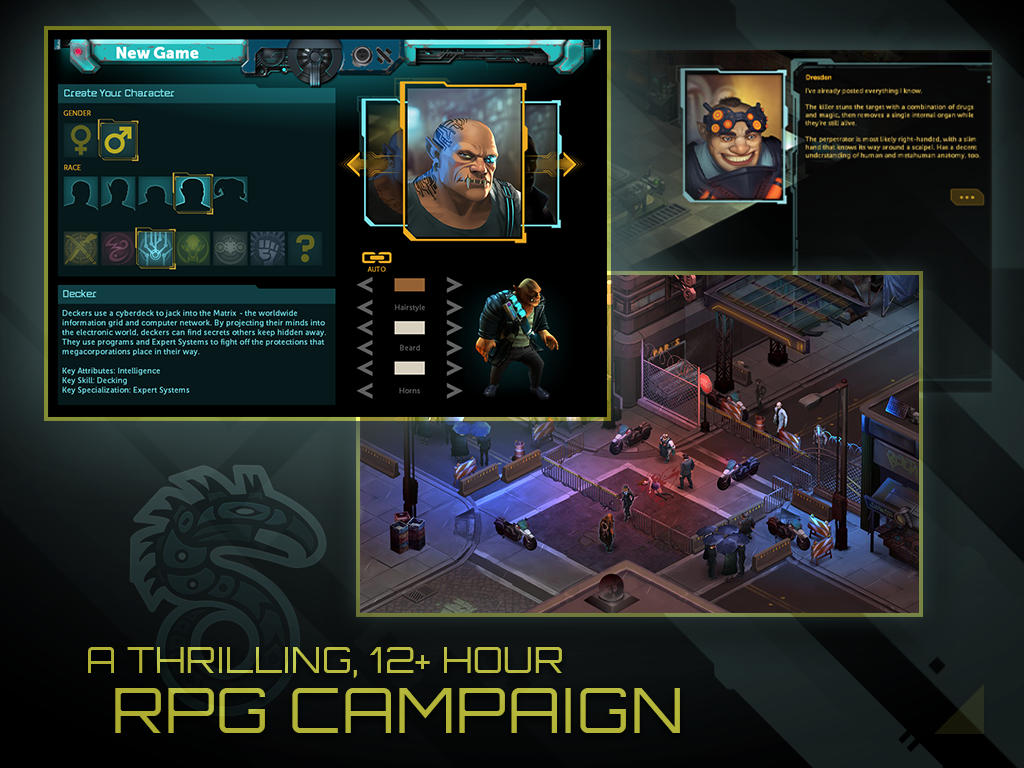 There are also other small issues here and there, such as characters disappearing/reappearing when moving between areas and not being able to select your difficulty level (it wasn’t saving when exiting the options screen), though nothing popped up that was a real showstopper and according to the developer, a patch has been submitted already which addresses these faults. Some iPad Mini users running iOS 7 have reported the game as being practically unplayable but as I mentioned, on my iPad 4 it’s smooth as silk and in glorious Retina resolution.

My time with Shadowrun Returns has certainly turned me into a fan of this game, despite its current level of glitchiness. So much so, I’m even going to hit up eBay for a copy of the Genesis version. I’d look into the original tabletop game, too… but I have no friends to play it with. Just as well, as I’m about to play through Shadowrun Returns again and again with new characters. I may be quite some time…