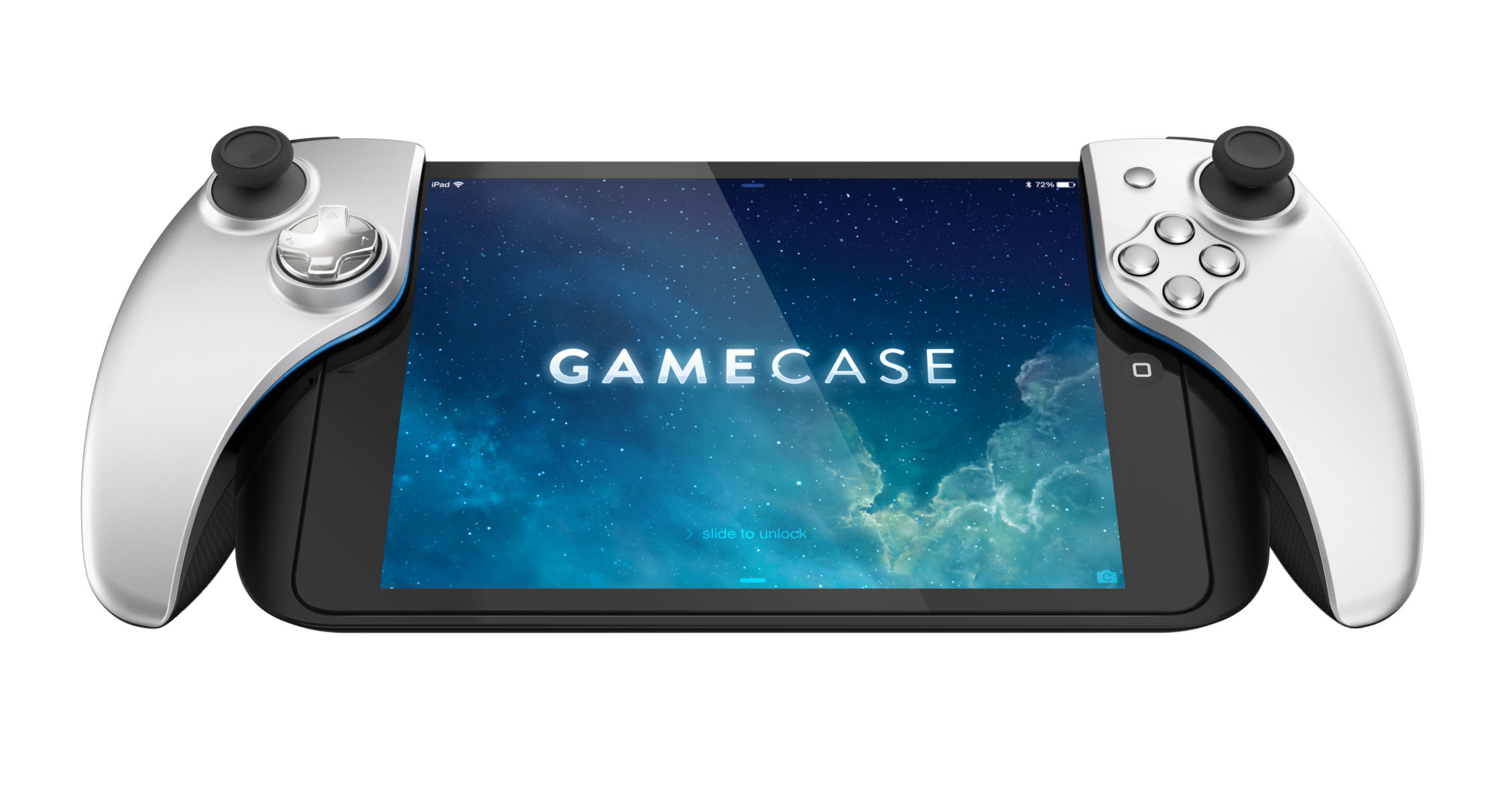 We’ve been hard and heavy into all sorts of iOS 7 controller rumors and speculation, but today is the first time we’re actually seeing a real official iOS 7 controller revealed. It’s called the GameCase, and it’s from ClamCase, who currently are manufacturing a whole line of iPad stands and keyboard cases.

As expected, the GameCase looks a lot like a mixture of the two iOS 7 controller reference designs provided by Apple after WWDC. It connects via Bluetooth, has its own battery, and supports the whole lineup of Bluetooth-enabled iOS devices… In essence, it’s basically exactly what we expected, but realized in an official announcement complete with video trailer:

If you want to be notified when the GameCase is available, drop your email off at their web site. Like all the other iOS 7 controllers out there, we’re going to try our best to get our hands on them all, as even though GameCase beat everyone to the official announcement punch, we’ve still yet to see any actual controllers physically manifest anywhere.