We’ve been saying for a long time that the Apple TV is just begging to invade the living room as a home gaming console, but Apple stubbornly shrugs off their set top box as just a “hobby" and has never appeared eager to let apps or games run on the device like they do with iPhones and iPads. With the revelation at WWDC this year that MFi Game Controller support would be part of iOS 7, we again got all excited thinking that this would easily lead into Apple opening up the Apple TV (and iOS devices of course) to apps and games with full-blown controller support, thus making it the affordable home gaming console that most of us already own anyway. It just makes too much damn sense, but again, not a word about Apple TV or controllers was uttered during the iPhone keynote earlier this week. Again, Apple left us feeling disappointed.

However, Apple did somewhat surprise everybody by announcing that iOS 7 and the new iPhone 5S would both support 64-bit, a first for a mobile device. Now, I’m no technical expert by any means, but from what I understand the biggest benefit of such a switch would be to handle devices with more than 4GBs of RAM. Sure, there are definitely speed improvements and other benefits to 64-bit, but mobile devices seem a long ways off from having 4GB+ of RAM and those other benefits seem minor in comparison to dealing with the transition to 64-bit. Eventually mobile devices will get to that point and all will transition to 64-bit, but to do so right now just seems premature.

A smart analysis of Apple’s recent announcements by Sisir Koppaka (via Daring Fireball) has me thinking that our hopes and dreams for the Apple TV might come true after all. Koppaka’s argument is that the switch to 64-bit isn’t so much to benefit iPhones and iPads (not right now, anyway), but rather for laying the groundwork to usher in a new version of Apple TV, which already runs on a modified version of iOS. From Koppaka’s blog post:

I don’t believe Apple added 64-bit support to iOS 7 and all their apps just to prepare for an eventual transition to 4GB+ memory capacities in future iPhones. I think this was to do with something more impending. Do we know any product category that Apple would be interested in, that would require the use of both iOS and an A-series chip that is 64-bit capable in order to address 4GB+ memory?

The more I think about this, the more sense it makes. As Koppaka goes on to point out, both the Xbox One and PlayStation 4 are getting ready to hit market, and both consoles have 8GB of RAM. A new version of the Apple TV with beefed up hardware, 8GB of RAM, controller support, and a vast selection of games that are already in the App Store could be a major player in the home console space.

This feels like the first step towards that. Once the kinks are worked out with developers adding controller support into iPhone and iPad games with the introduction of iOS 7 next week, it seems like Apple could then essentially “flip the switch" to allow all those games to be playable through Apple TV with controllers, or even with an iPhone or iPad as a controller. Why the hell wouldn’t they want to do this? 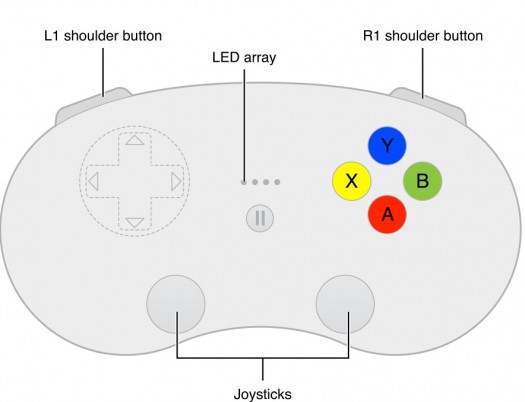 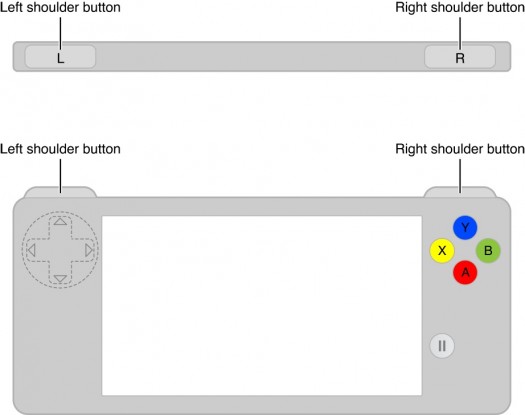 I really envision a future where Macs, iPhones, iPads and the Apple TV all work harmoniously with one another, maybe even to the point that you buy an app or game just once on a definitive App Store and it will work across all those devices, controlled whichever way you prefer with touchscreens or physical controls. Again, it just makes too much sense to me, and as much as Apple calls the Apple TV a hobby, they definitely have to want to be a major player in the living room after what they have accomplished in the mobile device space.

Will this happen? Obviously nobody knows yet, but I’ll remain hopeful, because an Apple TV that could be a capable gaming console in addition to an excellent media device would be amazing. This switchover to 64-bit might just be the first stepping stone, not just for the future of the iPhone itself, but for Apple’s entire hardware and software ecosystem.