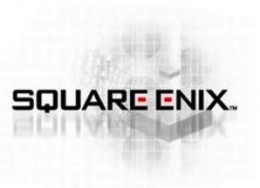 Square Enix has a new free-to-play Final Fantasy game in the works for mobile, according to a recent preview in Famitsu and reported by Polygon. Called Final Fantasy Agito, it’s set in the same universe as the Japanese-only PlayStation Portable title Final Fantasy Type-0 and will basically retell that game’s story from the perspective of your own character that you’ll create in Agito. Even more interesting is that Agito is meant to be played in “cycles" and beaten over and over, with decisions and events that happen in previous playthroughs affecting how future cycles will play out.

These cycles will be broken up into chapters, and each chapter is played out in real-time, taking two weeks to complete. The first ten days of that is spent playing through the game solo, building up your team of characters with a specific focus on your particular “job" for that chapter, which is given to you when the chapter kicks off. Then the last four days are spent taking your (hopefully) prepared team and battling bosses online together with other players’ teams, in what sort of sounds like a massively online cooperative effort like the Clash Mobs in Infinity Blade.

The development team is still deciding how many chapters will end up making up each cycle, but one cool aspect of having the game play out in real-time and with the functionality of smartphones is that they’ll be able to change on the fly what types of new features will make it into future cycles based off of how previous cycles are played, so the game will always be sort of evolving and offering up new experiences. The free-to-play aspect of Agito is still being hashed out as well, but we do know at least that there will be some sort of energy mechanic. The developers promise that the entire game will be able to be fully beaten without spending anything at all, though.

It all sounds kind of crazy and kind of cool. Strangely, Final Fantasy Type-0 was originally called Final Fantasy Agito XIII and was destined for smartphones before being reworked as a PSP title. It then went on to receive critical acclaim from both media and gamers, touting it as one of the best Final Fantasy games in recent memory. Type-0 never made it out of Japan however, and I’m sure plenty of folks would love to be seeing a Western localization of that game as well as the new Agito title. That doesn’t seem like it’s in the cards at this particular moment, and even Final Fantasy Agito hasn’t been confirmed for release outside of Japan just yet.

I’m definitely interested though, so check out our forums for some discussion and we’ll bring you any further information on Final Fantasy Agito as it develops.