When we got tipped off on this earlier, I admit I wrote it off as too ridiculous to be real. The screenshot looked like a bad photoshop, and, well, just the very thought of a cross promotion between Toyota and EA to use the Corolla of all things as a power up in Tetris Blitz (Free) seems like one of those things that people who really hate EA throw out as some kind of nightmare scenario in a forum post that you read and think, “Wow, that dude is really crazy." Well, folks, welcome to the brave new world of Tetris Blitz.

When you spin the power up prize wheel in the latest version of Tetris Blitz you can “win" a Toyota power-up. Once equipped, it works like a typical power-up in game in that you get some sparkly blocks that when cleared invoke the power-up effect. What happens when you clear the Toyota blocks? Well, a Corolla zooms across your screen and clears a few lines worth of blocks.

These are 100% real screenshots, taken by me, just now, in Tetris Blitz. I had to do them across two power-ups to get the whole animation, but, here you go: 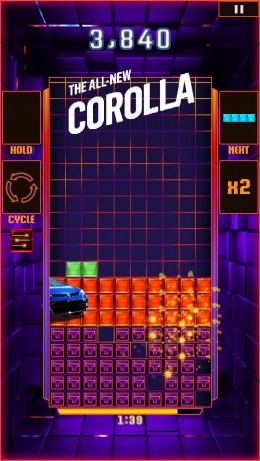 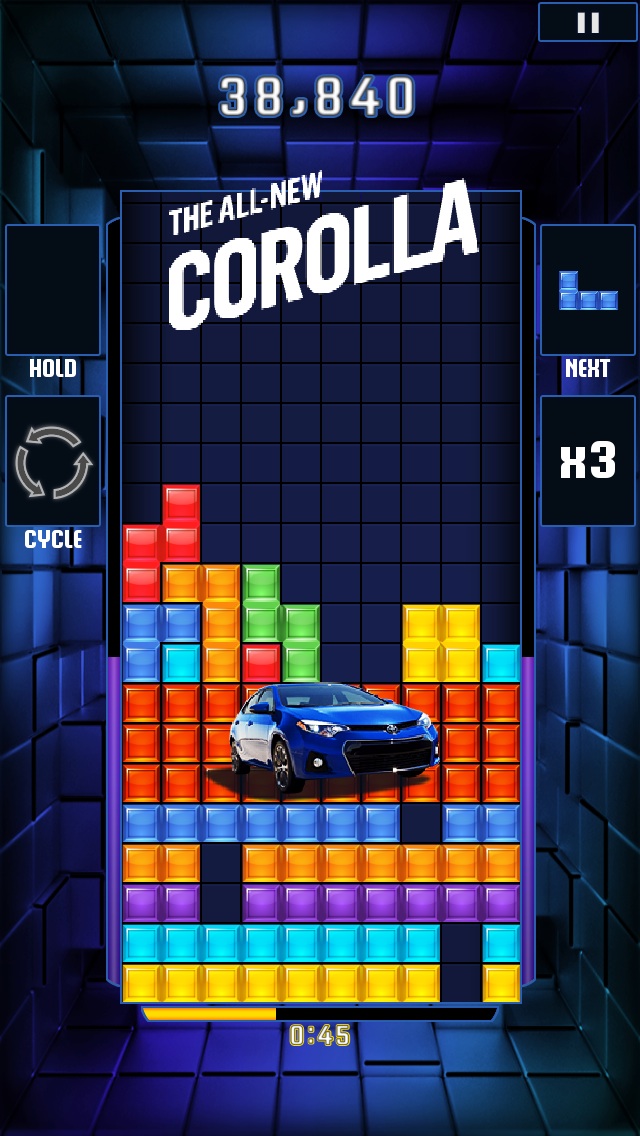 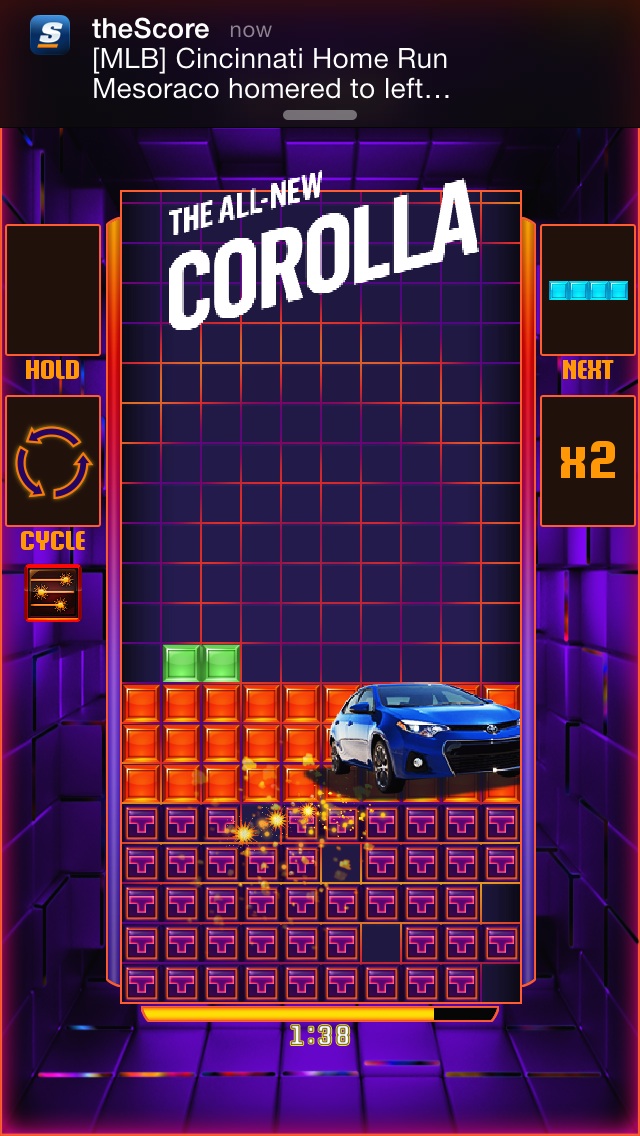 Better yet, once you finish your game, you’ll get the Toyota Elevate finisher, which clears out some more blocks and blasts you with even more Toyota advertisements: 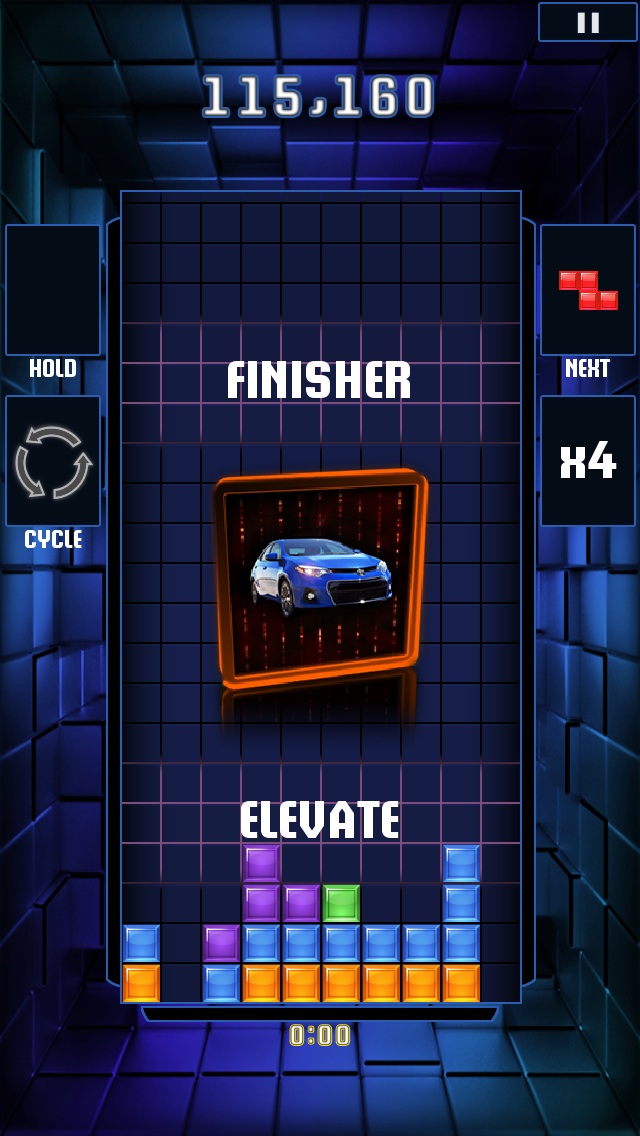 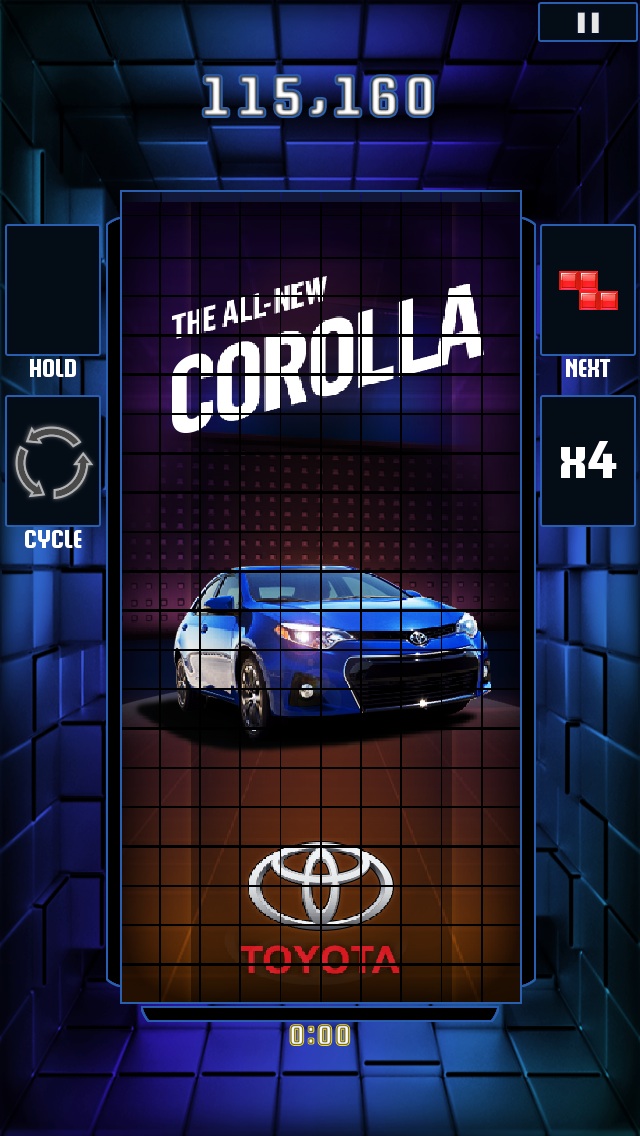 Sure, you can strip ads out of the game with a $3.99 IAP, which presumably strips out this silliness, but, wow. Free to play iterations of Tetris have been consistently ridiculed across the internet, but this whole Corolla tie-in really pushes things in an entirely new direction of weird. Product placement advertisements aren’t a new thing in video games, but at least they typically make sense. Mountain Dew, Doritos, and Halo, for instance. That’s a logical grouping of products. The Toyota Corolla and Tetris? Well, alright?