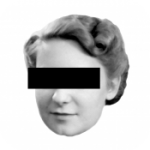 Neven Mrgan and James Moore call their latest iOS game – Blackbar ($2.99) – “serious, artsy, and texty.” For the most part, the game is exactly those things. Serious in tone, artsy in approach, and texty cause… well, the game’s just text.

Blackbar is a game which you fill in the blanks of censorship to piece together a narrative. A word game; like Mad Libs for adults. Neven Mrgan writes a great story about censorship and love and manages to keep me completely engaged as it unfolded. I slowly became its protagonist, madly deciphering pages in hopes of understanding what, why, and when. To save from spoiling anything: I’ll be leaving it at simply that.

Filling in the black bars is fun, and quite challenging. Using context-clues I easily began guessing the correct words for each black space. The writing feels human, and the words come naturally, early on. The game takes off quickly too, but eases itself to a challenging crawl that helps realize the experience of playing Blackbar. 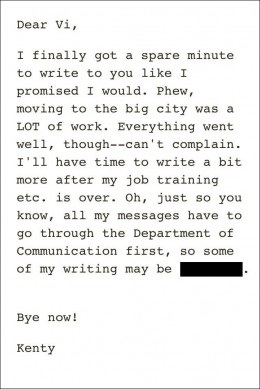 Text games, like this, are perfect for the platform. Its gameplay easily slides between text-messages from your mom, or emails on the iPad. No soundtrack, voice-overs, menus, or credits; simply white pages and black text. Its narrative slowly seeped into my daily life, making uncensoring each bar a joy that made time disappear. By its last page Blackbar had proven it knew how to use the iOS platform to its advantage, making the experience that much more special. I was so surprised at how involved I was while playing too, I mean… I was only playing with words.

Turns out I forgot how powerful words can be.

Ultimately, it comes down to if you desire to engage with an interactive short-story or not. If you do, this is definitely one to have. Its allegories are smart, and its approach to story-telling on touch-devices is just as well.

As far as Blackbar’s attempt to be what it is: It’s flawless, sans nit-picking a few of its narrative choices during late-game challenges – that stumped me to an annoying halt. I guess there’s also an argument for Blackbar not being a game, in which I say, who gives a crap!? Even if not a game: it entertained me for a good chunk of a week. I could point out 100 “games” on the app store that struggle to keep my attention for more than 4 minutes, if that’s saying anything.

I love what Blackbar attempts as a text-game, and how it challenged my ability to think and write naturally. I stand by what it says narratively about censorship. It’s nice to take a break from all the bloody polygons, once and a while, and absorb a story differently. How it made me feel more like the protagonist than most other games, simply by having me fill in the words the Department decided should not be spoken…