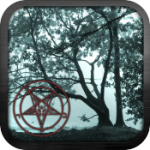 More than ambiance and buckets of gore, an understandable set of rules make or break any horror story. Slender, the titular boogie man in Slender, can only kill players if they stare at their pasty-faced stalker. Players learn that mechanic early on, and the game enforces it, placing a firm set of boundaries around players: avoid Slender’s eyeless gaze and stay alive–for a little while longer, at least.

The Woods ($0.99) imitates Slender in many ways. Like its most notable peer, The Woods sets a dark and creepy tone right out of the gate. You start out along a gravelly footpath that snakes through skeletal trees. Rain splatters down as your footsteps crunch over stones and twigs. The beam of your flashlight illuminates the area immediately in front of you, leaving the periphery shrouded in a gray gloom.

Follow the path long enough and you arrive at an abandoned house. Inside, chairs spin in midair and graffiti describing a watcher in the woods decorates the walls. On the table, you find a book. Touch it, and the game begins, sending you off on a hunt for 20 pages that have been torn from the book’s spine. You’ll find those pages scattered far and wide across the game’s sprawling playing field. The size of the woods makes it harder to learn your way around them, creating a sense of disorientation that ties in nicely with the eerie vibe. Better yet, tracking down every page is only phase one of your mission, proving that The Woods is capable of more than copy-and-pasting Slender‘s fetch quest. 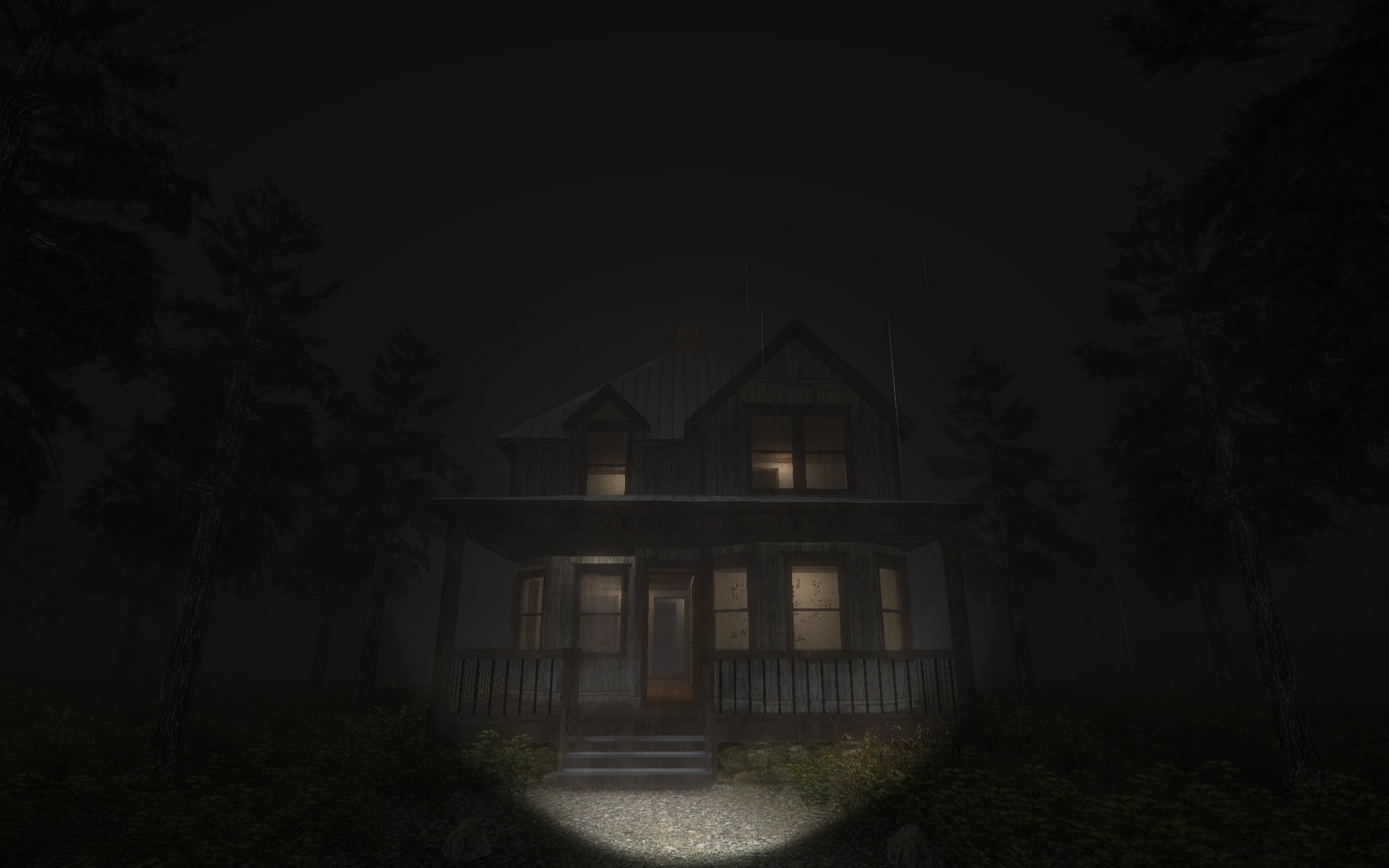 Picking up stray pages is easy. Actually maneuvering to those pages requires undue finesse. You move using invisible virtual sticks, and moving or looking in any direction either moves you forward at a stumble or sends you skating ahead. Thanks to controls that fluctuated between sluggish and floaty, I found myself getting stuck on geometry and having to slide my thumb across the right side of the screen several times to turn in a full circle, much like having to lift your mouse when you hit the edge of the mouse pad. (Don’t tell me I’m the only one who still uses those things?)

Avoiding the watcher requires you to pay attention to your surroundings. The graffiti painted over the walls inside the house teases the rules: if the watcher spots you, he spirits away to summon his mistresses. Moments later, you hear the cries of the ghosts, baying like hunting dogs as they draw nearer to your location.

Staying alive against the ghosts proves tricky. Their mournful wails grow closer as they move in, which should carry weight: far equals good, close equals bad. At first, though, the ghosts seemed indifferent to my proximity. In one instance, the camera was wrested away from me, whirling me around to face a ghost who had creeped in on one side and killed me instantly. Staying on the move kept them at arm’s length, but I still felt like I was missing some other, more surefire way of shrugging them off.

Sure enough, various trailers and screenshots revealed that my flashlight beam could melt ghosts like dry kindling to a flame. Getting clued in to that mechanic made the game more fun and heightened the tension. While turning over every rock in my quest for pages, I had to stay on the move and continually wave my flashlight to ward off the disembodied spirits as they closed in around me. Still, learning such a crucial detail outside the game cramped my style, although my obviousness to the ghosts’ weakness could be chalked up to poor observational skills on my part.

Another, more serious defect crimps the game’s long-term appeal. Collecting 20 pages is a tall order. A range of difficulty modes that challenged you to collect more or less pages would make the game more palatable, and would also cover up another flaw. The pages appear in the same locations every time you start a new game. That increases your odds of completing the game, but also drains it of replay value. Eyes ($0.99), one of the best horror games on iOS, scatters the pouches you must retrieve to the four winds at the beginning of each playthrough, preserving the sense of mystery and dread no matter how many times you’ve played.

As it stands, The Woods boasts atmosphere and a setting compelling enough for horror fans to part with 99 cents. Just don’t count on staying long after your first hike.