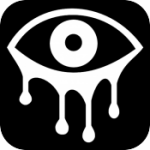 I’m a big fan of survival horror games, especially ones like Amnesia: The Dark Descent and Slender, which provide no means of defending yourself from their boogeymen. You run and hide, or you die. While scoping out upcoming App Store releases late Wednesday evening, I learned about Eyes – The Horror Game ($0.99), a port of the indie PC title of the same name that promised a similar flight-no-fight experience. On an iPhone.

It was to laugh–to guffaw, I tell you!–at the idea that any game on a five-inch screen could make me shriek like Jamie Lee Curtis in a Halloween flick. But I am comfortable enough in my rugged masculinity (I haven’t shaved in six weeks) to admit that’s exactly what happened. I downloaded the game, plugged in my ear buds, turned off the lights, and turned up the volume. And within two minutes–give or take 60 seconds–I bounded out of bed mumbling “Nope nope nope nope" and switched the bedroom lights back on and started in on the much more cheerful Sonic Dash. 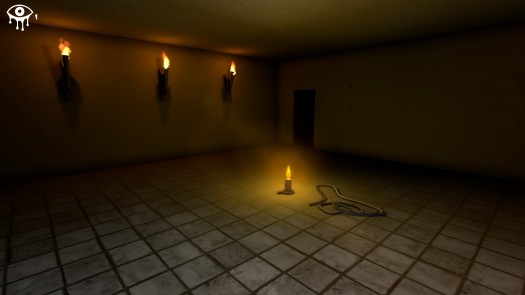 The goal of Eyes, like the controls you’ll use to accomplish that goal, is deceptively simple. Ransack an old house to retrieve bags of money. A virtual stick moves you forward and back, sliding your thumb over the right half of the screen rotates your view, and you pick up objects by tapping them. Drawers also open with a quick tap. Simple, just like I said.

The hard part is mustering the courage to pillage and plunder. Eyes immerses you in incredible atmosphere, and as any survival horror savant will tell you, the right atmosphere makes or breaks the experience. Every chamber is dark and dusty. Wind howls and batters against the walls, your footsteps thump along, clocks tick and tock, and doors creak when you open them.

Those ambient noises set the mood, but they also serve as an early warning system. When your teeth begin to chatter and the furniture begins to rattle, make for the nearest room and cower in the corner. A ghost roams the manse, and she’s not keen on the idea of letting you abscond with her earthly possessions. Catch more than a glimpse of the lady of the house and it’s game over, much like bumping into the Slender Man in his backwoods domain.

The inherent sloppiness of the virtual stick inadvertently added to my experience. Doors are supposed to open when you push against them, but unless you hit them dead on, you’ll just slide back and forth against them like a drunkard who’s forgotten how knobs works. Every time the ghost got the jump on me, I ended up turning heel and throwing myself at the nearest door and fumbling against it due to the virtual stick’s slipperiness. That heightened my sense of panic; I felt like I was a character in a horror movie who was too overcome with fear to properly grasp and turn a knob.

To finish Eyes, you need only collect a specified number of bags determined by your difficulty level and escape through the front door before the ghost nabs you. The house both helps and hinders your quest. Bags and other items such as keys are randomly strewn about each time you play. Your map fills in as you explore, but does not show your position, so you’ll need to keep track of every twist and turn you take, especially in the basement. Eye symbols, also randomly placed, let you look through the ghost’s eyes for a few moments–a handy if disorienting tool that can help you plan routes. 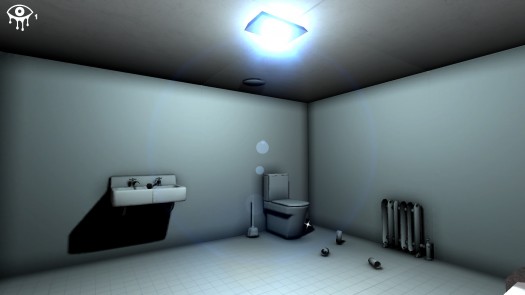 My only complaints are the ease of finding money bags and the short length of the game. The bags sparkle, standing out even in pitch blackness. Some are stashed away, but you can spot most by standing in one spot and turning around. Once you collect your bags and hit the front door, that’s it. You’re done. Once you learn your way around the house, completing the adventure won’t take long even considering the random placement of items. I understand why randomizing the architecture isn’t possible, but I’d love a longer experience–maybe an extra stage or two as IAP, or perhaps a sequel or remake along the lines of Slender: Arrival.

Those are minor gripes, though. Take my advice: don’t be like me. Wait until after dark, shut (lock) yourself in a quiet room, and pop in your ear buds. Eyes is as immersive, as unsettling, and as chilling a horror experience as you’ll find on any platform, if not as lengthy as horror fans would like.