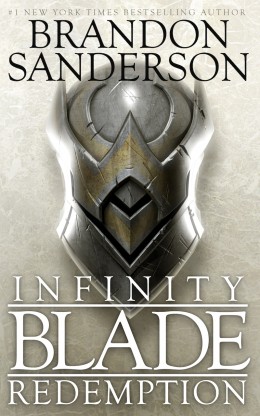 Another Infinity Blade book is coming down the pipes — and it’s available to pre-order now [$2.99] on iTunes, if you’re into this kind of thing.

The book’s called Infinity Blade: Redemption, and it’s being penned by Wheel of Time’s Brandon Sanderson. Specifically, the book is said to reveal a little bit more about the Deathless and “the true nature of the world itself."

As most of you probably know from playing the games, Infinity Blade‘s world is a weird mix of fantastical magic and insane sci-fi technology. Also, time is constantly shifting and distorting. The player is usually kept in the dark about the whys and hows, so these books have been really interesting reads.

Redemption is available on iBooks this September 9. You can pre-order it now, though, on iTunes and read a preview chapter. Can’t help but think this is a clear sign that a new, actual Infinity Blade game is coming down the pipes, too, which makes that rumor seem all the more true. We’ll see!