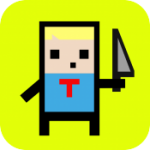 Alright. iOS games and video games in general can push the boundaries of good taste, and a game about running around and knifing people to death certainly sounds pretty messed up on paper. But seriously, look how cute that icon is for Knife That Guy ($0.99). That is one adorable psychopathic killer, am I right? The rest of Knife That Guy‘s visuals follow suit, and create a game about killing that’s not so much offensive as it is twisted and disturbing. I can totally do twisted and disturbing.

It also helps that Knife That Guy is a ton of fun. It’s premise is simple. You play as This Guy, a character who is perpetually running around a room filled with people. You can’t stop or slow down This Guy, only turn in either direction by touching either side of the screen or dash to a point that you touch anywhere in the middle of the screen. Your dash has a cooldown period so use it wisely. Also, you have a limited number of “bombs" which, at the touch of a virtual button, will unleash a flurry of knives in all directions, killing anything in their path. 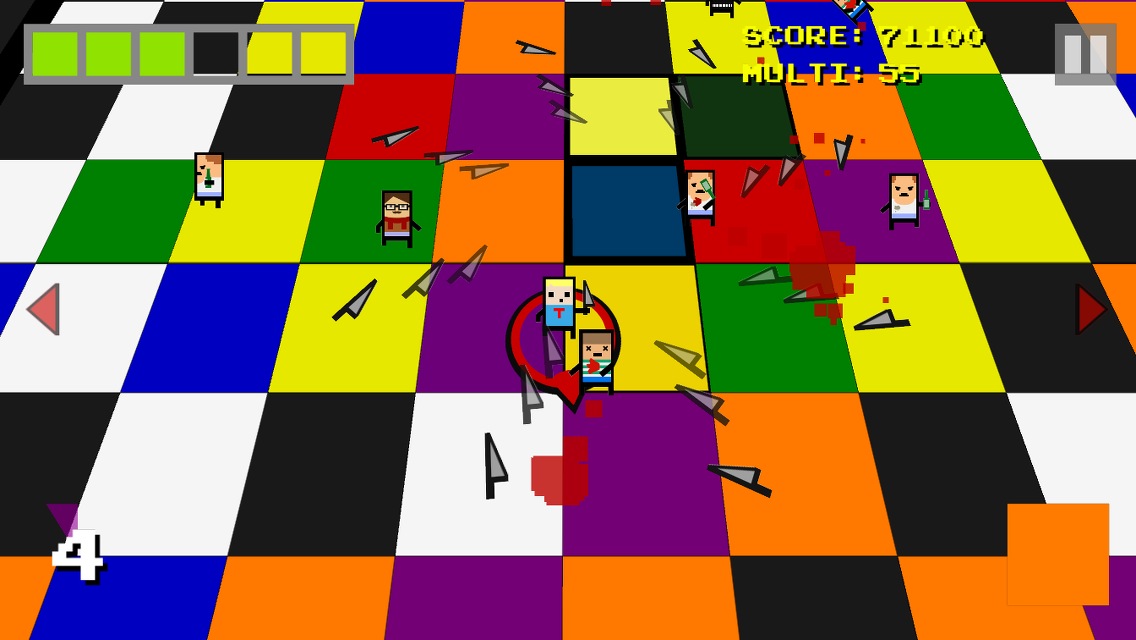 So what’s the point of all this? To knife That Guy of course. Duh. That Guy is whichever unfortunate soul in the room happens to have a red arrow above his head, and a handy waypoint around your character points you in his direction at all times. You have an energy meter in the upper left of the screen that is constantly ticking down. Knifing anyone besides That Guy will decrease it even faster, but successfully knifing That Guy will fill it right up. Knifing That Guy will immediately fill up your dash meter, too.

The game will consistently speed up as you knife That Guy over and over, and it continues until your life meter is eventually depleted. A cast of crazy characters who aren’t That Guy prance around the room as you play, and each have different attributes and behaviors to spice up the gameplay. There are also some special items you can attain and use, and the floor squares change colors as you move over them which can also cause some special events. This is all explained very well in the games “How To Play" section, which I’d definitely devote some time to studying to really learn the ins and outs of the game.

And that’s pretty much it. Knife That Guy is a simple arcade game with just one really good core mechanic, fleshed out through its assortment of different characters and items. There are also two different modes, a “Sharpened" mode which is a bit more balanced and the “Classic" mode which is way harder and is the way the game originally shipped when it launched on Android last year. Both modes offer a really fun challenge. My only real complaint is a lack of Game Center for leaderboards and achievements. 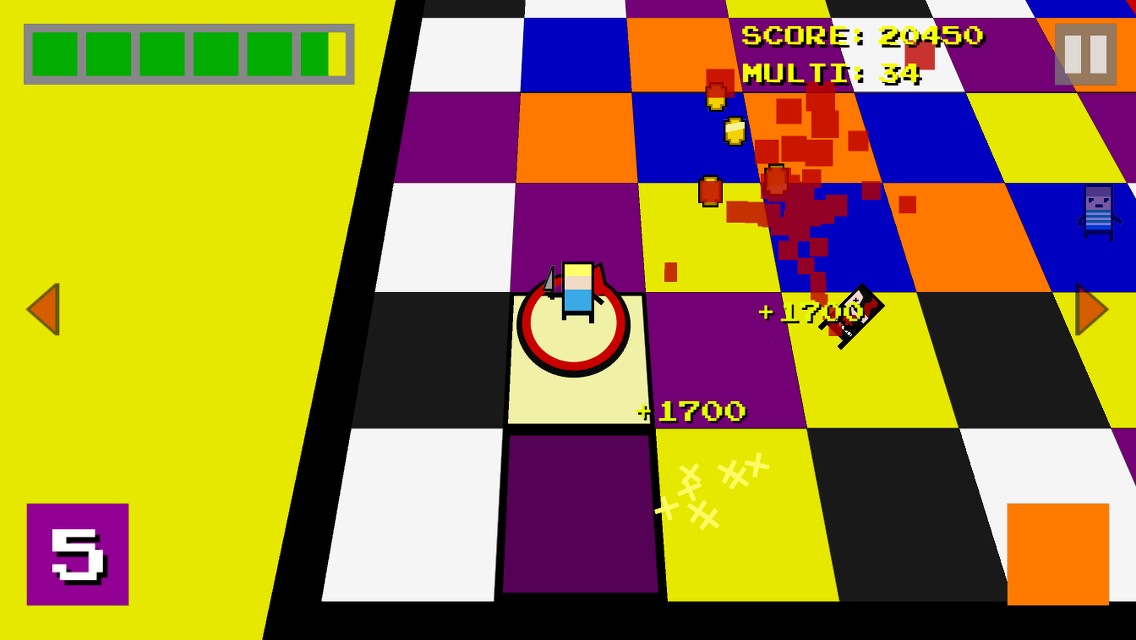 To be honest, I like twisted games, like Battle Bears ($0.99) or Puppet War: FPS ($0.99) for example. Cute + violence = entertaining. Knife That Guy fits right into that mold. I’d say it’s worth the price of admission just for the title screen song alone: “knife that g-g-g-g-u-u-u-u-y-y-y-y-y." It’s icing on the cake that it’s also a solid arcade game with good mechanics and controls. You can also check out what the folks in our forums are saying about Knife That Guy, but if you’re in the mood for casually murdering strangers for no apparent reason, then definitely give this one a look.