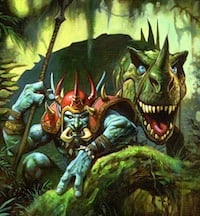 It’s been a few months, but we’re still not quite over the shock that Blizzard is making an iPad game. It doesn’t help that Hearthstone: Heroes of Warcraft looks so rad, either.

Anyway, the reason why we’re bringing this up today is because Blizzard has posted a new dev blog about the free-to-play CCG, confirming that it’s basically feature complete and might go into beta within the next few weeks. This pertains to the PC version, mind, but progress on that build can only mean good things for the iPad version.

“Our overall focus has shifted onto fixing bugs and improving our infrastructure so that it can support a larger number of players. We’re making good progress, and while we definitely won’t fix every bug before releasing the beta, we do think it’s important to address any issues that would pull focus away from the core game experience. What that means is that we’re not days away from launching the beta, but we’re not months away either."

If you’re too excited to wait for a potential iPad beta, it’ll be possible to get into this one. The first wave, naturally, will be your typical kinda “closed" kind of thing, but down the line Blizzard guarantees that everyone with a Battle.Net account and the eventual client will be given access.

So, what’s up with the iPad version, by the way? This post touches on it:

“Although our top priority is getting the beta out for Windows and Mac, we haven’t taken our sights off the iPad. In fact, the team hit an awesome milestone with our iPad development not too long ago with our first end-to-end test of cross-platform play. One of our team members jumped into the Hearthstone App on his iPad, saw his Battle.net buddy who happened to be playing on the PC, chatted with him and then went head-to-head in a vicious cross-platform duel. For the record: iPad 1: PC 0."

Hearthstone is still so far out that it’s hard to tell when the iPad version will hit. We’ll definitely let you know as soon as we do, though. Also, give that post a read if you’re into seeing where the game is at out now — there’s a bunch of cool info in it.